It’s the business end for World Cup qualification and for the Socceroos, is there a more difficult test than going to the land of the rising sun?

Overnight, Japan and Australia received an unexpected boost in their quest to qualify for next year’s World Cup when Saudi Arabia were defeated unexpectedly by the UAE.

The equation is simple for Ange and his men, if the Socceroos win for the first time on Japanese soil their tickets for the big dance in Russia next year will be in the post.

Regardless of debates surrounding the A-League at present getting to another World Cup can only be beneficial for the game in Australia.

Japan also face the same situation and will be hoping to get the three points they need to compete at their sixth consecutive World Cup.

If either side was to lose it would make the remaining group games extremely nervy affairs to end the qualification campaign, a situation they will both be hoping to avoid.

The Socceroos should be full of confidence coming off the back of an impressive display against South American champions Chile in their last outing at the Confederations Cup.

Ange Postecoglou will be happy with the form of a number of players that have arrived into camp most notably Aaron Mooy and Tom Rogic who have made impressive starts to their club seasons.

The one thing that we do know from the Postecoglou era is that he likes to keep his players on their toes and it could be anyone’s guess as to what 11 players take the field for this important clash.

We do know that the back three will remain in place with Trent Sainsbury declaring himself fit but who goes either side of him is still up for debate until Ange puts his team sheet through.

What combination he goes for in midfield will also be interesting to see but it is an area where I feel Australia go into games with confidence such has been the development of players that are currently vying for those spots. 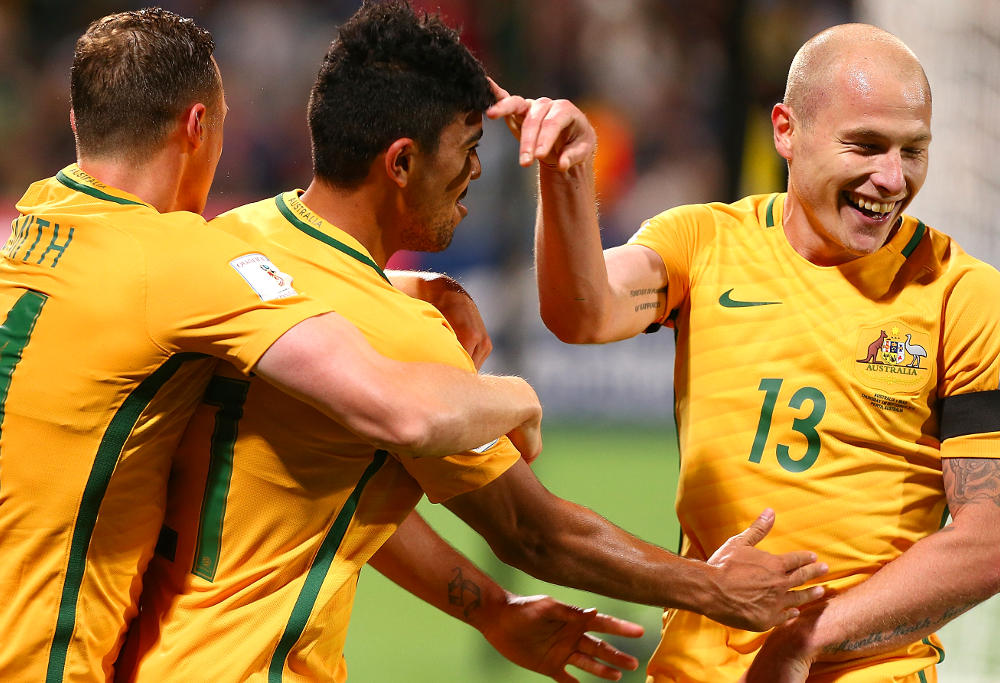 In team news, Mile Jedinak will miss out as he has been struggling with a groin injury in recent months.

A-League stars Tim Cahill, James Troisi and Mark Milligan are coming into camp in the middle of pre-season so match fitness could be a worry but whatever they lack in the fitness department they more than make up for with the wealth of experience they have.

While a draw wouldn’t be the worst result for Australia, Japan would almost see it as a disaster such is the noise coming from within the Japanese camp.

Local media have reported that the Japan Football Association will sack Bosnian coach Vahid Halilhodzic. Questions have been raised over the style Halilhodzic has implemented and the systems he has used throughout the qualification campaign.

Like Australia, at times Japan have also spluttered their way though qualification and haven’t been their convincing selves.

When you put the strongest Japanese team down on paper you soon realise the technical quality they have in their ranks.

The problem the Bosnian has faced throughout qualification has been the availability of his key players due to injury.

A lack of match fitness due to poor club form has also hindered the performances of his star players like Kagawa at Dortmund and Honda who now plays in Mexico.

Japan drew their last game against Iraq but that was away from home where they struggle, their home form on another hand is quite brilliant.

The Saitama Stadium in Tokyo has been a fortress with the Japanese losing just once in 23 games, winning the other 19 and drawing three in World Cup qualifiers.

On the team front they have some injury concerns coming into this one with Kagawa and Inter Milan’s Nagatomo carrying knocks from their recent domestic action.

The good news for the Samurais is that Captain Makoto Hasebe is back following full recovery from knee surgery and they will be hoping that the defensive midfielder can help thwart Australia’s attacking threat.

They will be looking to Shinji Okazaki for goals, the Leicester City striker has scored two goals in his first three games in the EPL this season. 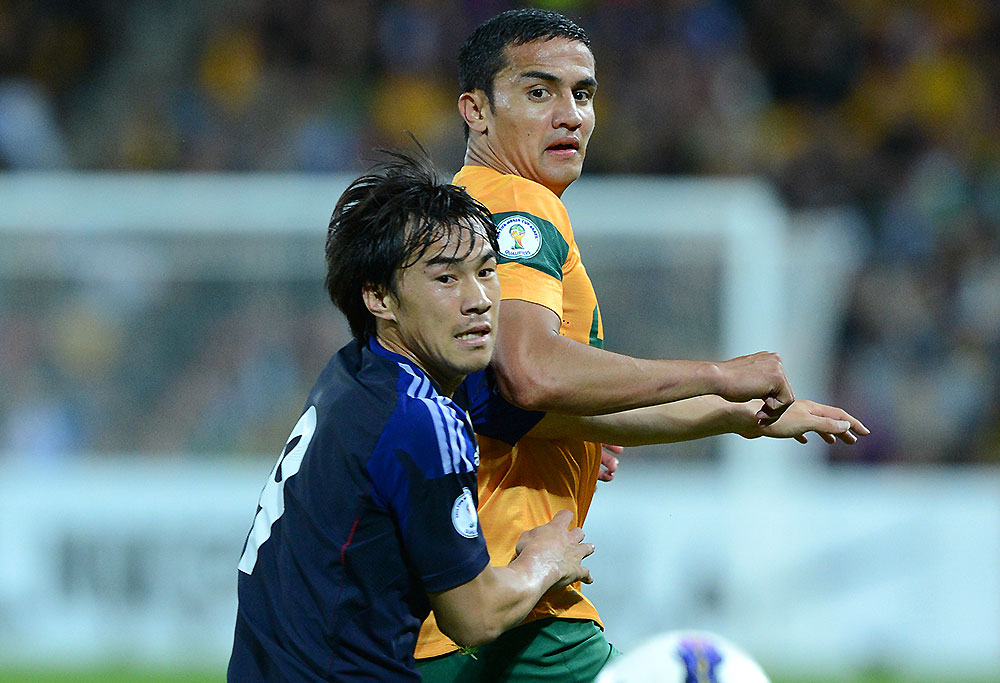 So to the game, there is always a sense of occasion when these two Asian heavyweights meet. Australia are current Asian champions having proceeded Japan’s win in 2011 and games between the two have always been interesting and tense.

Last October’s draw in Melbourne was a different Japan to what the Socceroos have previously encountered with Japan choosing to play on the counter.

This will not be the case in Tokyo and I expect Japan to start the game on the front foot trying to impose themselves on the game by dominating possession in front of a 60,000 strong home crowd.

The Japanese are known worldwide for their technical prowess and while the Socceroos also have some very efficient technicians in their ranks they will look to use their physical advantage to impose themselves on the game like they did in the recent encounter with Chile.

If Australia then start to play with the intensity they showed against Chile, they will have too much for Japan.

The Socceroos have key players in good form right now especially Aaron Mooy, who is producing on arguably the best stage in the world.

It’s time for him to start dominating on the International scene and I expect him to have a big influence on this game.

On the other hand Japan will be hoping to get the likes of Kagawa on the ball and Australia will need to keep a close eye on him especially if he starts to drift in between lines.

If the Dortmund man is in space he can split you open with threaded passes. Australia can be suspect sometimes at the back since the introduction of a back three and if they are Japan will punish them.

Prediction
But my final prediction is a bold one, Australia will win by the odd goal. They have a lot of players in form, the squad has developed well in recent years and they will see this as a chance to make a statement by securing qualification in such a difficult place.

So book your flights, get on airbnb and dust off your Russian phrasebook!