Groundhog Day all over again for Australian cricket

Australia’s cricketers boarded the plane to Bangladesh a fortnight ago and they could have been forgiven for thinking that order had finally been restored and that the cricketing Gods were once again smiling.

The pay dispute was suddenly resolved, their wallets were fatter and they were off on a working holiday to win two games of cricket. They were set to continue their improvement in dusty conditions, sample some goat curry, pat a few tigers, and fly home in time to get ready for the big dance that kicks off in Brisbane on November 23. Simple.

When they settled in to sample the Qantas in-flight entertainment they should have scrolled straight past the latest Brett Lee Bollywood offering and selected the 1993 comedy Groundhog Day.

Staring Bill Murray, the film tells the story of Phil Connors, an arrogant Pittsburgh TV weatherman who, during an assignment covering the annual Groundhog Day event in Punxsutawney, Pennsylvania, finds himself caught in a time loop, repeating the same day again and again.

After indulging in hedonism and committing suicide numerous times, he begins to re-examine his life and priorities. Like the protagonist Phil Connors, our cricketers need to finally learn that perpetuating the same poor practices and behaviours only leads to failure and regret. But how can we fix it?

By far, Australia’s worst problem on the subcontinent over the last decade has been their impatience.

When your team averages less than 30 per batsman and has only won two tests out of their last 23, something is amiss. Now don’t get me wrong, David Warner’s swashbuckling innings of 112 was entertaining and if he had managed to bat for another ten minutes, Davy Boy would have probably brought home the bacon. But that’s the problem here, time.

Warner batted for only 164 minutes and a mere 135 balls, only 15 minutes longer than Renshaw’s first dig.

Australia could not reach the second new ball in either innings and history will tell you that to win Tests anywhere near the equator you need to be VVS Laxman or Rahul Dravid-esque and bat time.

Unfortunately, the old adage of patience being a virtue seems to no longer apply to the Australian version of Test match cricket.

Simply take a look at how lampooned a young Matt Renshaw was by the likes of good old Warnie for his ‘slowness’ in his first two Tests, a quality we suddenly admired in him in Pune in February when his dourness bred triumph.

It is this penchant for runs and lots of them quickly that has become a blight on the Australian cricketing collective unconscious. While much of this ‘greed’ stems from our love affair with T20, it is also shaped by how lucky and spoilt we are.

Thanks the great work being done at grass roots levels, young kids everywhere are blessed exceptional resources; bowling machines, synthetic wickets and quality coaching that teaches them to pull and cut like Rick Ponting and drive on the up like Shane Watto.

All of this is a romanticised version of the game however, it doesn’t teach you how to play the slope at Lord’s or the footmarks when the leggie comes around the wicket. None of it prepares aspiring players for the rigours of playing ‘real’ cricket. 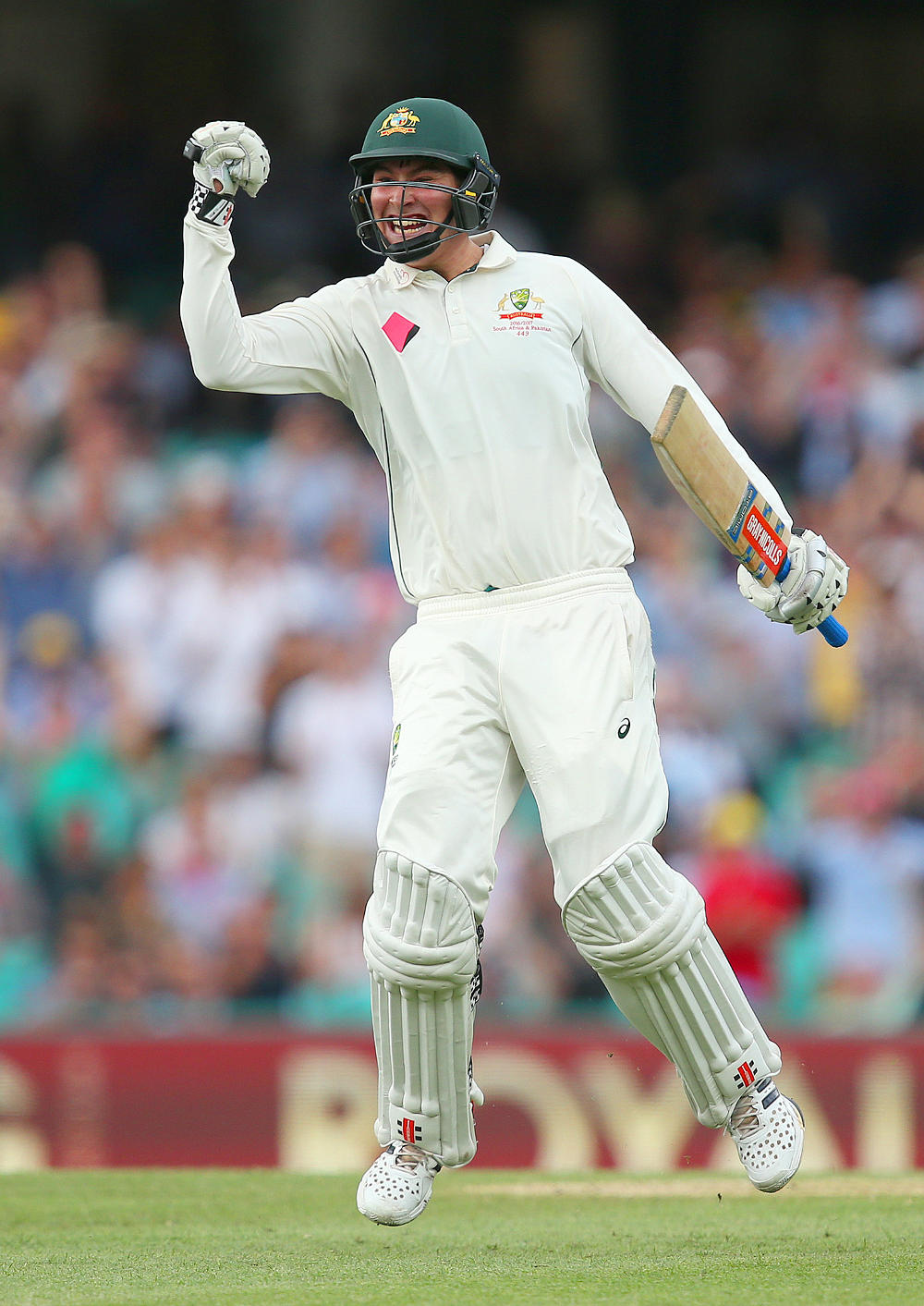 The type of cricket you need to play to survive the last session on a day five worm burner in Colombo, where padding, leaving, and dead batting are what brings home the bacon. In our 12-year olds we applaud 30s and 50s, fours and sixes and not the ability to play a flawless front foot defence or return to the pavilion with red ink.

I say let’s give a Hungry Jack’s voucher to any kid that can leave the ball well and often.

While time is no doubt one of the banes of our existence, so too is an inability to adapt.

Darwin was right. Charles once quipped, “It is not the strongest of the species that survives, nor the most intelligent that survives. It is the one that is most adaptable to change.” And this rings true almost everywhere, for every organism or species on earth, except of course amongst the habitat that is known as the Australian cricket team.

It is this inability to adapt, or even see the need to that has led to stagnation. In recent history, the Australian players who have enjoyed the most sustained success in our game are the likes of Allan Border, Steve Waugh, or Mike Hussey, players that could adjust their technique and temperament to suit a certain situation or state of play.

Border was one of the first in world criket to charge the spinner, Steve shelved and cultivated strokes according to their effectiveness, and Hussey was Winx-like in his ability to time a run to perfection.

CA even tried to tell us all last week that they were busy adapting, secret training sessions with no pads on to stop the LBW onslaught. But this was a bolt on approach a week out, not a built in ploy conducted on a day to day basis.

Yet, there they were, eight men back in the sheds after being hit on the pad and being given the finger of death.

Our lads tend to choose none of these methods, instead insisting on planting a front pad on the crease in the nick of time for a possible LBW shout. It doesn’t take a rocket scientist to know that something needs to change.

Of our current crop, only captain Steve Smith and tailender Nathan Lyon seem to have any real plan against the tweakers. Smith attempts to throw the bowler off his length by varying the point at which he makes contact with the ball, sometimes this may bring about his undoing but for the most part it is competent.

Lyon tries to use the sweep shot, often born out of compulsion more than good management, in order to keep the bowler guessing. The rest though look like tourists at a Sizzler’s, lots of scratching around and uncertainty.

Before the 2001 tour of India Matthew Hayden was aware that he too needed to change if he was to continue his assault on the cricketing world.

Realising that his extravagant pulls and flourishing drives would not serve him well, (the same reason Sachin Tendulkar put away the cover drive for five years) he hatched a cunning plan to sweep the Indian spinners into oblivion.

In typical Hayden style, he didn’t turn up one day and start sweeping, he went to the nets with his 1970s bowling machine, his brother Gary and swept and swept and when he thought he had the hang of it, he swept some more. In that series he scored almost 600 runs at an average of over 100.

If we wake up from this time loop sometime soon and recognise our issues with impatience and adaptation, then there is the possibility for redemption. However, these issues run much deeper than the ACB’s deepening pockets.

This is the type of ingrained limitation that cannot be fixed by an Argus review. It takes some simple self-reflection and acknowledgment. Let us hope that on the flight from Mirpur to Chittagong, Boof makes Bill Murray’s Groundhog Day compulsory viewing and then perhaps we can all stop living the same nightmare.

In the days leading up to the first Ashes Test, I made some predictions that I thought I’d revisit. In hindsight, more than a few were on the hopeful side, rather than being well thought-out. Nevertheless, I think I did okay! Below on the left is the team I named for the first Test and […]