Nick Kyrgios shows us why we cannot believe in him

Coming off one of the best tournaments of his career in Cincinnati, where he defeated World number one Rafael Nadal en route to the final, Kyrgios was touted by many as an outside threat to claim his first Grand Slam title in New York.

However, seemingly bothered by a shoulder injury suffered in the match, Kyrgios committed a number of unforced errors, double faults and code violations as bemused spectators and commentators looked on.

“My shoulder was hurting,” the frustrated Australian said post-match.

“I wasn’t feeling it at all and then on one serve I lost power in my arm. Just on my serve.

Kyrgios also talked about his “diabolical” performances at majors in 2017, saying that it doesn’t surprise him. The Australian was visibly frustrated at himself in his post-match press conference, but much of it was his own doing.

Over the past decade and a half, tennis has been blessed with an array of champions such as Rafa Nadal, Roger Federer, Andy Murray and Novak Djokovic – players who fought through incredible pain and adversity both when there were thousands of onlookers and when it was just the, a coach and a hitting partner for hours on end.

This is what it takes to be truly great in the tennis world, a sport where the differences between success and failure can be so minute. Preparation, physically and mentally, pain tolerance, the ability to handle extreme adversity and the will to win while being outplayed by an opponent are paramount more so than ever in the modern game.

Kyrgios does not have these traits all the time. He has them some of the time, but by his own admission, that is not enough to be an elite player on tour. 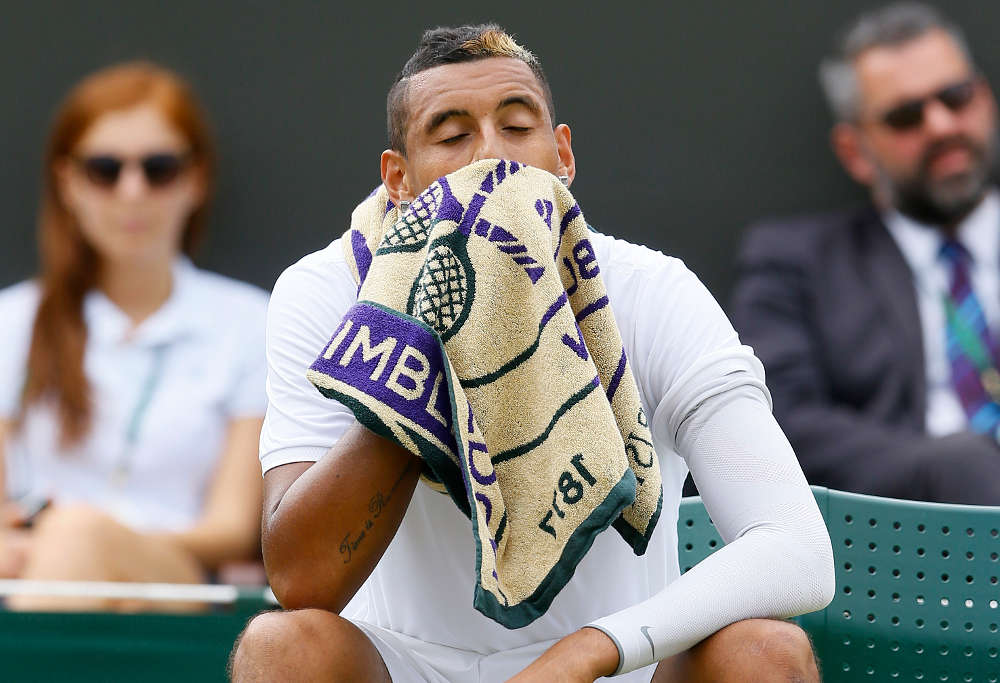 “I’m not dedicated to the game at all. (My coach) helped me a lot, especially with the training, in training sessions, but there are players out there that are more dedicated, that want to get better, that strive to get better every day (do the) one-percenters. I’m not that guy.”

When asked by a reporter whether he wants to become extremely dedicated to his tennis, he replied “I really don’t know … probably not. Honestly not.”

With the recent emergence of a younger brigade of players led by Dennis Shapovalov and Alexander Zverev, but also consisting of Borna Coric, Andrey Rublev and Karen Kachanov, Kyrgios could find that before long the game will have passed him by.

Shapovalov, having been granted two matches on Arthur Ashe Stadium at the U.S Open already, is in the position Kyrgios found himself in recent years. But as the Australian finds himself scheduled more frequently on the outer courts, his star is slowly, but surely, fading.

The only way for Kyrgios to rectify this trend is to win matches, work hard, and perhaps more importantly, return to the enthusiastic teenager that Australia fell in love with in 2014.

Perhaps encouraging for Nick is the Davis Cup semi-final tie which Australia has with Belgium, beginning on 15 September in Brussels, Belgium. Davis Cup has brought the best out of Kyrgios in 2017, although that hasn’t always been the case.

Kyrgios has grown fond of the team environment which the week of training prior to the tie involves, and has played his best tennis following Australia’s two Davis Cup wins in 2017.

The tennis world is in Kyrgios’ corner, but until the controversial 21-year-old starts throwing his own punches, he will continue to face an uphill climb.