It’s time now for Andrew Forrest to back off with his campaign to smash the ARU over its decision to axe the Western Force from the 2018 Super Rugby tournament.

Justice David Hammerschlag’s ruling to dismiss the Western Force’s appeal against an arbitration ruling in favour of the ARU is about as forthright and legally watertight as you can get in these cases.

It makes no sense for the health of rugby in Australia for Andrew Forrest to brief lawyers, as he has apparently already done, to seek leave to appeal Justice Hammerschlag’s ruling in the High Court of Australia or NSW Court of Appeal.

The effect of such an appeal will be to leave the Western Force players who will now be made offers by other Super Rugby franchises in a bind about whether to balance their playing futures and an understandable loyalty to their club on the outcome of a legal challenge that may not even be heard by the High Court.

RugbyWA needs to accept that for the time being (and this is an important consideration) the Western Force is no longer a Super Rugby franchise. It needs to tell Andrew Forrest that he should call off any High Court challenge.

We don’t know enough, either, about the plan to set up a new six-team rugby competition in the Indo-Pacific region, with a Perth-based team being a participant.

On the face of it, this looks like a top-of-the-head plan.

Would World Rugby endorse an entrepreneur setting up his own rugby tournament?

Where would he get the officials from if World Rugby and, indeed, the ARU decide not to ratify such a tournament?

What benefit would such a tournament be, anyway, to the development of the rugby code and local players in WA?

A much better plan for Forrest and RugbyWA would be to concentrate on ensuring that the Perth Spirit remain competitive in the NRC. 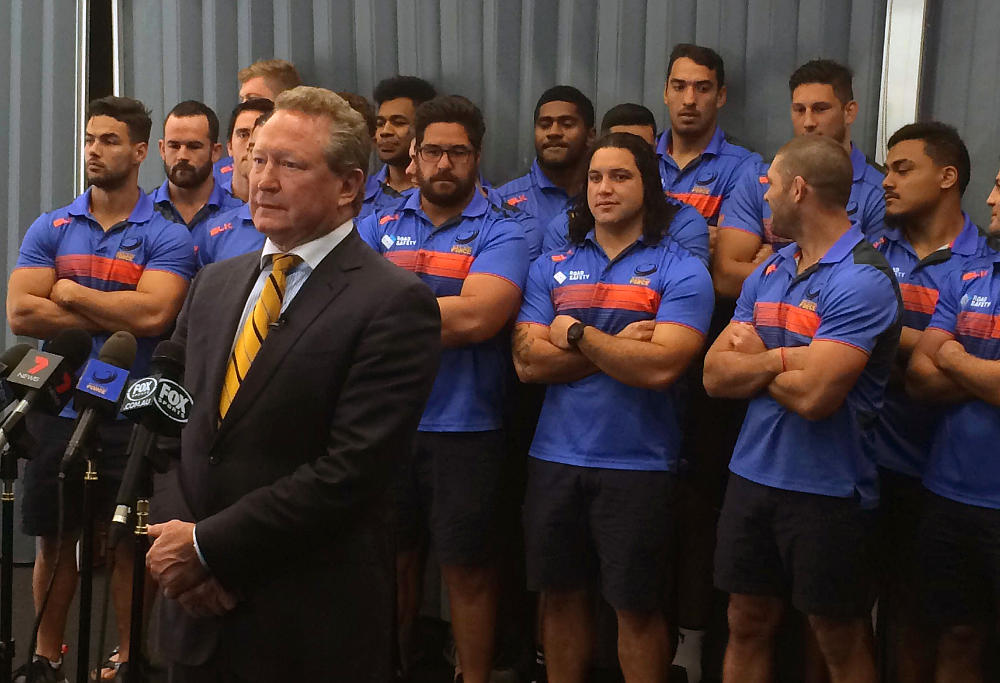 From the foundation of building an NRC powerhouse in Western Australia with the Perth Spirit, RugbyWA would be in the position that the Force will come back into Super Rugby sometime in the future, especially if Andrew Forrest is prepared to put substantial amounts of money into the project.

The experience of the Lions is important to note here. This team was dropped from Super Rugby and has returned to become the leading South African franchise after its administration, coaching, selection and marketing policies were revamped significantly.

At some stage, this could happen with the Western Force if – and this is the crucial point – Andrew Forrest and RugbyWA play the game the right way.

The right way is to build RugbyWA into such a powerhouse that its inclusion in the Super Rugby tournament is a necessity for both the ARU and SANZAAR.

As an interim measure, RugbyWA should put a proposal to the ARU that the Melbourne Rebels include RugbyWA input from players and at least one “home game” in Perth for the conjoined franchise, against a South African side, each season.

All the New Zealand Super Rugby franchises include a grouping of a number of unions. There is no reason why this system shouldn’t be used, in a smaller way admittedly, in Australia, starting with the Melbourne Rebels (to be re-named The Rebels?) and RugbyWA.

As for the stoush RugbyWA and Andrew Forrest are in against the ARU. They need to understand that, for the best outcome to emerge from the whole sorry mess, the matter has to be taken away from the courts.

The reality is that for the time being, the Western Force is out of Super Rugby.

The best response to this shattering outcome is for Forrest and RugbyWA to rebuild rugby in Western Australia so successfully that the case for the Force to come back into Super Rugby is overwhelming, even for a reluctant ARU.