How much can we really learn from the AFL players survey?

We’ve learnt via a press survey this week that AFL players are happy with the quality of game they’re currently playing and don’t see any need for radical rules changes to seek to improve it.

Surprise, surprise! Does anyone imagine the players were going to collectively declare the spectacle they’re putting on is mediocre? Do we expect them to say the game they play is in serious need of improvement? Of course not.

Anyway, it’s a tough game and those players do a brilliant job week in, week out (except when the AFL stops the show for a week before the finals). They understandably feel they’re putting on bloody good entertainment and they’re entitled to be proud of it.

But that’s my point: inviting them to vote ‘Yes, the game needs rule changes to make it better’, is like holding a plebiscite among turkeys on whether the traditional Christmas dinner should be maintained. The outcome is obvious before votes have been cast.

And just as the vote was predictable, so was the reaction of the players’ association CEO, Paul Marsh. “The players believe the game is in good shape and don’t see the need for any fundamental changes to how it’s played or adjudicated,” said Marsh. “There’s ongoing frustration with the constant changing of laws of the game, which we think is creating confusion for players, spectators and umpires.”

Certainly, the regular fiddling at the edges of the laws, and the inconsistency with which some revised interpretations are adjudicated (e.g. the rushed behind and deliberate-out-of-bounds), are matters that frequently infuriate spectators. Marsh is right on that part.

But what the players were expressing a view on wasn’t the stuff of fiddly change, or change for change’s sake. They cast votes on such specific issues as a reduction in the number of permissible player rotations, the employment of on-field zones, and the notion of a reduction to 16 players-a-side.

These ideas are only under discussion due to the enormous change that has come upon the modern game. All too frequently in today’s highly evolved football, all 36 on-field players are in one congested quadrant of the ground. The modern game is all-too-often a slow moving, congealed mess. The word ‘scrum’ is increasingly invoked.

As I’ve pointed out on other occasions, Australian football has specific rules which make it distinct from the rugby codes. This is important. The ball can’t be thrown. A player running with it must bounce it every 15 metres or be penalised. There is no offside rule. 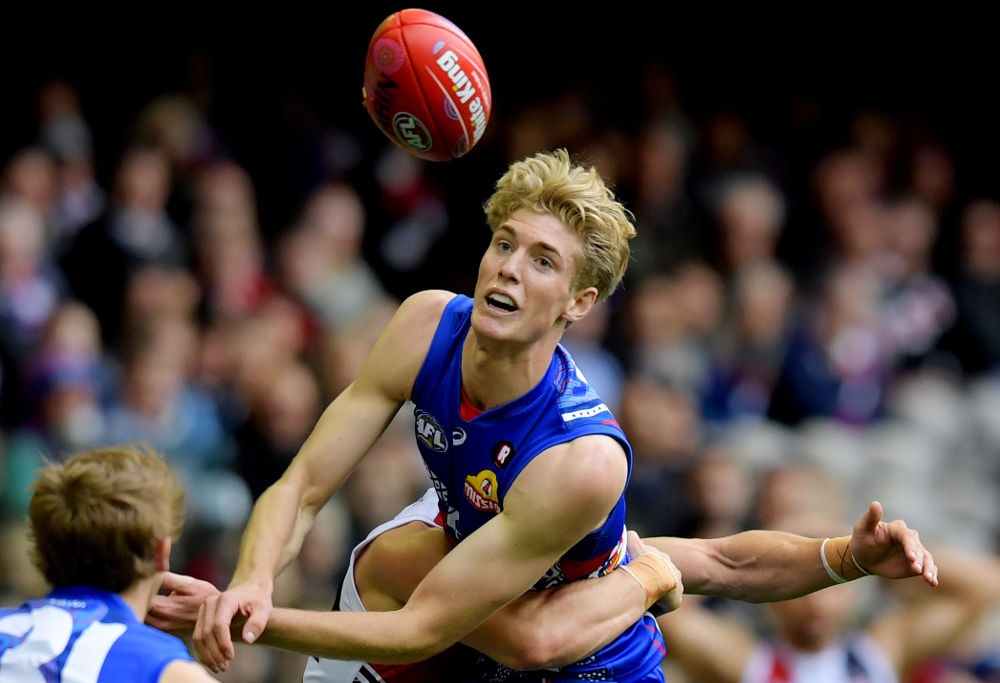 The game’s free movement is another matter which has long caused it to look different from the rugbies. Of late there is too little of it and too many extended periods of the game being stagnant and ugly.

And if the players want another no-brainer of a question, perhaps they should ask themselves who suffers when the game is ugly. Because, of course, the answer isn’t them: it’s the paying public.

An alternative wording for that answer is ‘the people who line the players’ pockets’.

The tone of Paul Marsh’s comment seems to reflect a defensiveness on the part of the players’ body. Which is disappointing, because the players – like everyone who cares about Australian football – should be open to change, for their own good as well as for the game they play.

There is absolutely no need for them to feel slighted at the mere question of whether modifications might be warranted.

Having said that, it’s understandable that many players will deliver a knee-jerk reaction to any suggestion of a need for change. They enjoy the combative nature of the game and probably leave the ground each week without a thought for whether it was a good spectacle.

The vantage-point of their CEO, however, is different. He’s a step removed from what happens on the ground and is thus able to take a more objective view. He also must be capable of recognising that there’s no one more important in this discussion than the fans. For there would be no ‘elite’ game without them.

The fans are the ultimate judge of the quality of entertainment being provided. Marsh has a responsibility to reflect that, both to the players he leads and in his public comments.

Footballers are lucky in that the fans are so deeply invested in their clubs. For it is that loyalty, at least as much as it is affection for the game itself, that causes ground attendances and TV audience numbers to continue to be strong. Even for games that are lacklustre. And that’s what drives the industry.

We should all be open to change as the need arises, or simply to bring improvement. Only a turkey would not to see that. And, right now, there is reason to at least canvass the possibilities.