Wallabies vs. Springboks: A rivalry hiding in plain sight

Compared to Bledisloe Cup games, the annual home Test against South Africa used to be the bogey prize for those in search of Wallabies tickets every year – the equivalent of getting a pair of socks for Christmas while your sibling received a games console, a surfboard or a new bicycle.

Everybody remembers where they were for ‘the greatest game ever played’ against New Zealand in 2000, but I doubt even the players remember playing the Springboks at the same venue in Sydney just two weeks later.

Personally, watching the Wallabies run up a cricket score against the Boks at Suncorp in 2006 was as stultifying and narcolepsy-inducing as it gets compared to the gripping and tense Brisbane Bledisloe encounter that same year.

There have of course been many outstanding Tests between Australia and South Africa, but peculiarly, most have occurred almost exclusively outside of Australia.

Durban 2000 (the Stirling Mortlock kick), Bloemfentein 2010 (the Kurtley Beale kick), Wellington 2011 (the David Pocock semi-final) and of course the glorious, orgasmic, still scarcely believable semi-final of Twickenham 1999 were all for the most part (Wellington the exception) watched from the comfort of home, tucked up under the doona and trying vainly not to fall asleep at any stage.

Perhaps this night-owl relationship, coupled with our geographic closeness to New Zealand, and the Boks’ traditional power game has led to the perception of the South African Tests being less glamorous. (An oddity in world rugby considering many All Blacks’ fans consider their rivalry with South Africa to be the most prestigious in the game, and the fact that northern hemisphere teams still revel in the achievement of beating them.) 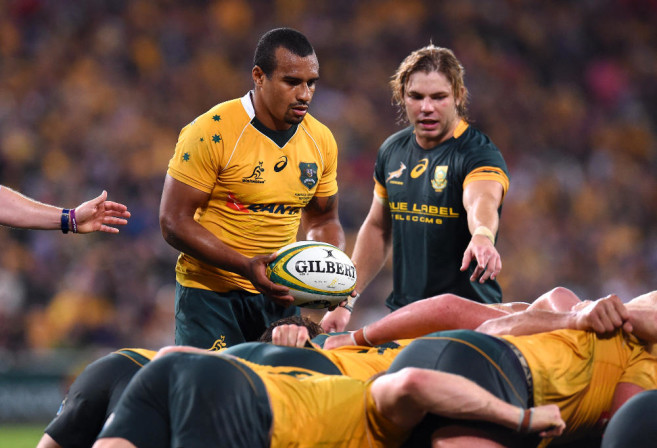 Simply put, Australia versus South Africa is a rivalry hiding in plain sight.

Springboks of the past were absolutely awe-inspiring in their aggression and skill, with the likes of Os Du Rant, Ollie le Roux, Joost van der Westhuizen and the sublime Bryan Habana all unreal to watch. But the hatred wasn’t there, with the Bledisloe being as emotionally draining as it gets and the sheer pantomime and fun of the England rivalry taking up the rest (will the 76-0 win ever get old? In a word, no).

South African rugby has had well-documented struggles over the past couple of years, albeit it providing the world with one of the most joyous moments in sport this century – Japan’s victory over the Boks in Brighton at the 2015 World Cup.

The shoots of recovery were there in the 3-0 series victory over France (possibly missed by many as it was concurrent with the Lions tour and Australia’s mid-year Tests), and it has helped that Allister Coetzee has been given the time and resources to turn things around his way.

In saying that, it’s hard to see how this weekend’s Test is going to stoke the fires of many supporters, as the backdrop and build-up is just plain weird, with the arbitration decision, Andrew ‘Twiggy’ Forrest’s subsequent press conference and an entire year’s worth of Sandgroper frustration completely overshadowing everything. Indeed, it seems everyone will have half an eye on the field and half on the stands to see if the planned protests, boycotts and different colour wearing will materialise.

Hopefully the on-field action will provide a spark, a talking point or a moment to give this fixture the needle it needs without resorting to the violence and thuggery of the 2002 and 2003 home Tests. At present the best moment in Perth Tests for me was Adam Ashley-Cooper making his debut minutes after lining up for a beer and a pie – let’s hope the beers and pies flow for all after a classic Test match on Saturday.