What a weekend of games we had. All of the matches were not decided until the final minutes and offered great theatre.

Some games were more skilful than others and all teams ventured to play high energy up-tempo style of football.

Yet, for all the positives that should be coming out this morning we are subject to the ramblings of coaches, players and indeed fans who claim that their team only lost because of the referees and the bunker.

As a huge sports fan this really grates on me, mainly because it is so far removed from reality. The Sharks were underwhelming and many of the decisions pointed out in Shane Flannigan’s NRL referee white papers were correct.

The James Maloney sinbinning was a brain fade by his five-eighth was the culmination of a number of penalties inside the red-zone committed by the Sharks in the half and a blatant professional foul.

The NRL gave a directive at the beginning of the season to crackdown on professional fouls and this was therefore correctly adjudicated.

The Fifita knock on is another example of referees calling knock ons consistently. I don’t like the fact that they call anything dropped a knock on, but them’s the breaks.

We have coaches ask for consistency on a weekly basis, but then we get consistency on the calls and coaches suddenly have a case of amnesia and they forget what they have been calling for all along?

As NRL fans we need to understand that a howler is not a 50-50 call that does not go the way of our team. Sure it might hurt but it is hardly earth shattering that a 50-50 call has to go one way or another.

If it does not go our way do we pack up our toys and go home? 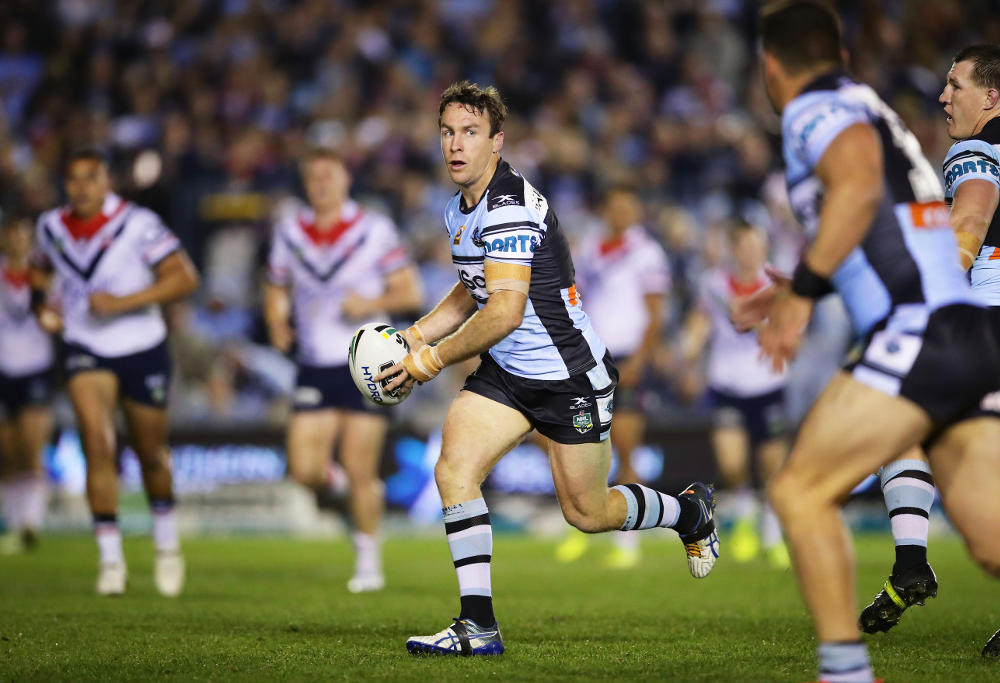 For the sake of a quick, watchable game, the bunker needs to make a decision in a timely manner – of course, while trying to ensure the accuracy of the decision. The need for speed is the reasoning behind the referee making an on-field decision. It provides the bunker with a framework in which they will work in. If the decision on the field cannot be definitively overturned then the decision stands.

The role of the bunker is not offer forensic evidence in fans’ kangaroo court.

The need for a quick decision has been driven by fans. There is a real desire for the game to be a quick game as it adds to the spectacle. This, in turn, drives the need to reduce the time in which it takes for a video referee to form a decision.

The NRL could provide an edict next year requiring all decisions to be as near on perfect as possible with no time limit on the time it takes to make a decision, but where does that leave us? More than likely this will leave us with a protracted process that will still leave fans unhappy as they try to pinpoint a reason not to award a try against their team or vice versa.

In other words, there will be little to no improvement in the outcomes.

Lastly, I would like to make a point about a not quite related point that really needs to be addressed. I understand that a game is a highly charged environment but there is no excuse to yell and intimidate the referees. This happens in nearly every game and is seriously a bad look.

Luke Brooks, Corey Norman and Tom Trbojevic were particularly guilty of over the weekend but I could point the fingers at players from all eight teams. Are we going down the rabbit hole where we show the new generation of players that remonstrating, physically intimidating and verbally abusing referees is OK?

It is probably too late in the season to clamp down on it, but I believe that it needs to be cleaned up next year.

Good luck to all the fans of teams still in the race this weekend and remember, if you see a 50-50 call go against you this weekend, it’s not a howler, it’s football.