Josh Kelly has become the second player in a matter of weeks to break the hearts of North Melbourne fans, re-signing with the GWS Giants on a two-year deal till the end of the 2019 season.

The new deal hasn’t been super-duper officially confirmed just yet, but was reported on Fox Footy last night and it seems we’re only waiting for them to cross the Ts and dot the Is before it gets done.

That is obviously brilliant news for the Giants who can now look to have a serious run at flag between now and 2019 with confidence that their best midfielder is going to remain at the club.

For North Melbourne, it will signal a shift in strategy. The club has learnt in devastating and public fashion that there are no shortcuts to rebuilding, and for all the complaints over the years about a lack of loyalty among AFL players, this saga has made it clear that clubs do need to offer more than just money to attract the best talent in the game.

In the longer term, expect North Melbourne to have a red hot crack at Kelly again when he comes out of contract in 2019. Some would even speculate that there is already a tacit agreement in place for him to move clubs then, though I wouldn’t put much stock in this as there is much, much water to go under the bridge first.

In the short term, North still have a mountain of cash to burn and are now ready to fling piles of it at whoever might be keen – so expect some new AFL trade rumours soon about their potential targets. Jake Stringer would have to be at the top of the list on talent alone, but you’d imagine there could be a curveball or two coming also.

One thing is for sure, the Kangaroos will be taking their highest draft pick in many years in 2017 – there’s no player on the market, bar Jake Lever, who is worth budging pick No.4 for.

On the other side of the equation, what does the Kelly signing mean for GWS? They’ve also secured Lachie Whitfield and Jacob Hopper in recent weeks, and must surely now be squeezing their salary cap pretty tight.

Devon Smith and Matthew Kennedy are both still out of contract, and there has been rumour around Smith in particular that the Giants only had room to retain one of him and Kelly.

In addition to the pair, the rumour connecting Nathan Wilson to a move to Fremantle continues to grow legs.

Having missed out on both Jason Johanissen and Mitch McGovern the Dockers have cash to splash and will likely make him a financial offer that is hard to refuse, however he’s contracted for next year at the Giants so they’ll have to cut a fair trade deal if he does want to come. 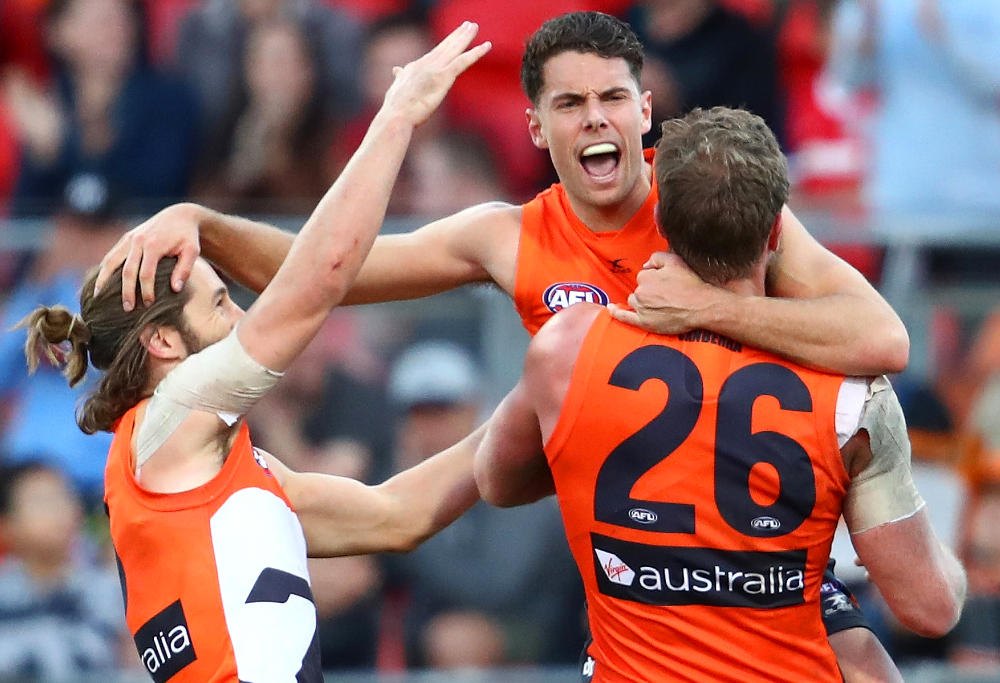 The other big story in recent times is that Jake Stringer will almost certainly be playing at a new club in 2018, with Bulldogs coach Luke Beveridge confirming on Wednesday that Stringer would be traded so long as a fair deal is offered.

He is contracted for 2018 and Beveridge did say that if the Bulldogs are not offered a deal they are happy with they will be happy to retain him.

In truth that seems more like media posturing than it does a genuine threat. Player and club do seem to be a significant ways apart and the Bulldogs at some point will have to accept that a player they’re actively trying to move on will have to be traded at a discounted price.

It’s going to be a fascinating situation to watch unfold as it’s a classic hard-to-answer trading scenario for clubs – do you take a punt on some whose talent is unquestioned, but whose commitment very much is?

Personally I do think a lot of his form struggles over the last two years can be attributed to him being made the play the No.1 forward role when he really is more of a dynamic, unconventional third tall.

While he clearly needs to improve how he approaches things off the field, playing at a club that already has a strong forward target who cops the best defender every week would allow him to freewheel a bit more and do some serious damage.

The early word seems to be that Geelong and Essendon are Stringer’s ideal destinations, and he would fit well into the forward line at both clubs.

However Richmond, Collingwood, St Kilda and North Melbourne have all been mentioned as possible destinations as well.

Who is going to be most capable of getting a trade done? Geelong would likely have to give up a first-round pick for the fourth year running, which may not even be permitted by the AFL.

Essendon and Richmond both have picks in the range that the Bulldogs will likely consider. Richmond, having an extra pick this year thanks to the Brett Deledio trade, would be especially well-placed – however, I suspect the Dustin Martin contract has left them with little room to attract a player of Stringer’s talent.

St Kilda and North Melbourne both have plenty of cash to splash but trade deals for them are hard to see. Their early picks are too early and their later picks are too late, so expect some dramatic negotiations if Stringer nominates either of them. It’d likely be a similar situation at Collingwood.

It certainly will be a roll of the dice and in the end I’d expect the club most willing to gamble, whoever that may be, will be where Stringer plays his footy in 2018. 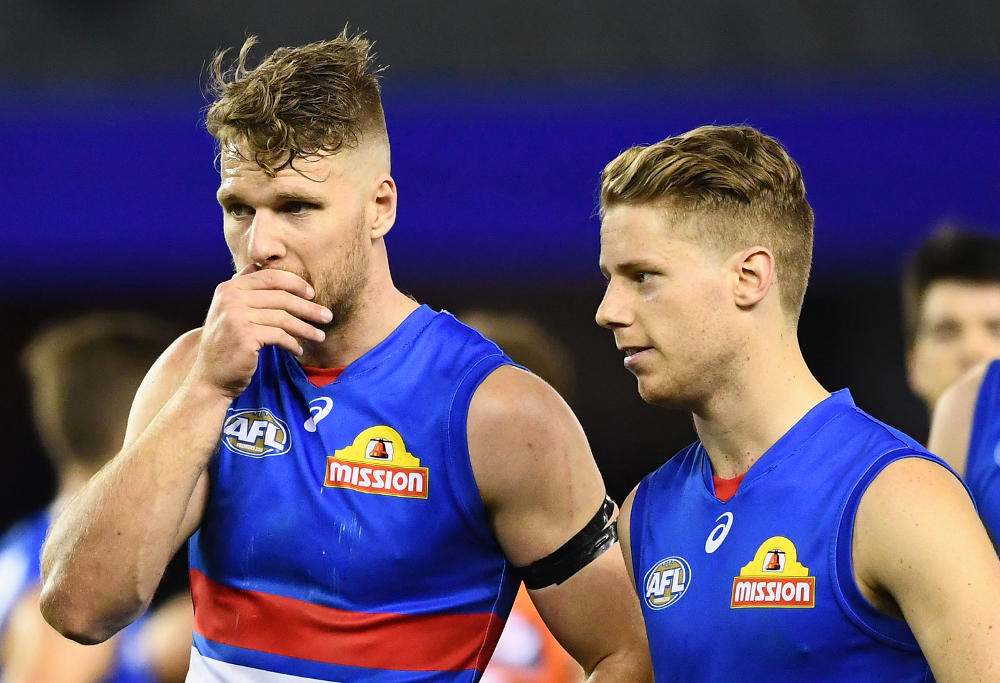 Gary Ablett’s situation is going to be another one laden with drama this offseason. Gold Coast appears to be playing hardball – they reportedly want a mature player from Geelong, and they expect the Cats to pay that player’s salary.

That is simply a completely unrealistic scenario and it’s no surprise that Chris Scott has said a trade is “impossible” on that basis.

The Cats do have to be seriously careful here because as much as it would be an emotional and inspiring homecoming there are no guarantees around Ablett’s form and fitness and they must do what’s best for the club.

My gut feel is that, much like in the Jaeger O’Meara situation, the AFL will eventually step in and steer Gold Coast towards making a deal – but time will tell.

Jake Lever’s most likely home in 2018 appears to be Melbourne, with all the talk lately being that he’ll request a trade there. The Dees will have to pay a big price to land him.

If that comes about then it will give Adelaide some significant draft picks to play with, and it’s already being said that they will again try to bring Bryce Gibbs home this year.

Another player who might be on his way to South Australia is Daniel Menzel. He does appear to be on the outer at the Cats and a move home could appeal if either of the Crows or Power make a serious play.

Headed in the other direction is Jackson Trengove, who reportedly informed his teammates this week that he won’t be at Port Adelaide in 2018. The Western Bulldogs appear to be his destination.

Rory Thompson could find himself in Hawthorn colours next year. He’s contracted for another two years but word is the Hawks are interested and the Suns happy to let him go.

There was a brief flare up of rumour about Josh Schache backflipping on his contract extension during the week, but his manager has since put out that fire.

Lastly, Conor McKenna and Mason Cox have both signed longterm deals, putting to an end the rumours about them potentially moving clubs.

Remember, you can keep up to date with all the latest trade rumours here.