Finally Tiger Time is here, but Richmond must again rise to the occasion

It’s surely a heady time for Tiger supporters. Even more so for the Richmond Football Club itself. Not only is the monkey off the back, but now the unthinkable appears possible. First, there’s an opponent to be determined. Then there’s a match to win on Saturday week. And then?

Whichever team becomes its Preliminary Final opponent, Richmond has beaten it on the MCG this season. And the Tigers are now playing better than ever. So, the gate to the MCG on the last day in September is tantalisingly ajar. Next stop: The Gates of Heaven.

Everyone knows it. Administrators, coaches, players, supporters, every man, woman and their dog. And, of course, there’s the dreaded media!

Which is why I’m worried for the Tigers. Two weeks is a long time to wait while the world is in public rapture about you. 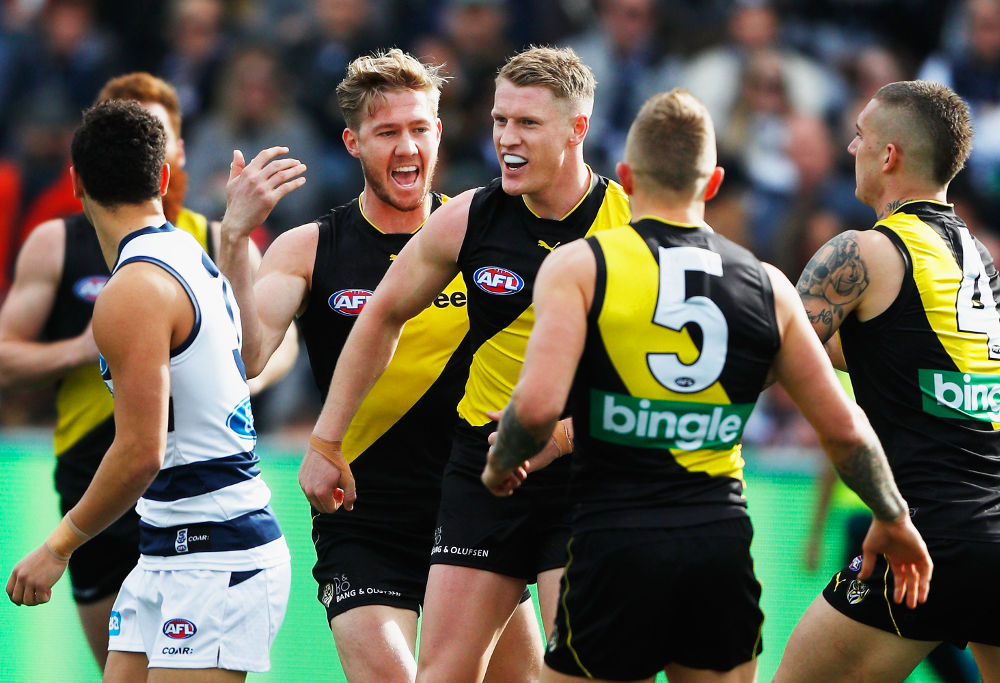 The Tiges are being widely compared to the Western Bulldogs of this time last year, but there are significant differences.

For starters, the Dogs did an apprenticeship in 2015, making the finals and learning from disappointment and experience. Yet, even after they went to Perth and beat the Eagles on the first weekend of last year’s finals, no one was imagining the Bulldogs as potential premiers.

Also, once the finals were underway, the Dogs didn’t get a week off to wallow in their success. They had to keep their eye on the ball through every day of the campaign. The Scraggers went into each game as a serious underdog.

Neither did they cop a team that has been stung and had to think and fight its way out of a corner as the GWS Giants will be seeking to do, first this week, then – they hope – in a Preliminary Final.

Of course, the Giants have a couple of huge outs due to injury, which only heightens the belief that Richmond has them covered.

All the experts have been giving GWS a kicking. Even Denis Pagan has been prompted to put his head up and deliver an old-fashioned spray, the like of which frightened the hell out of Wayne Carey and Glenn Archer back in the day.

The prevailing view is that the Giants have big heads and the future of this group of prodigiously talented players is at the crossroads. Yes, the whole venture into western Sydney is on shaky ground because a bunch of young punks got ahead of themselves. That’s what they’re saying.

And what a good place that is for a club with high ambition as it prepares for a tilt at redemption! And what a concerning prospect it should be for teams about to confront GWS!

Not that it guarantees a thing. And if it’s not the Giants it will be the Eagles who take on the Tigers.

Of course, the football world knows the boys from the west are hopeless when they travel east of Adelaide. Not only that, they’ve twice escaped from situations in which Harry Houdini himself might have struggled. Dead-set lucky to have come this far is the general view. The Tigers would be happy to have them as their opponent.

If it wasn’t for the game being played late in the day, they would have the Eagles on toast with avocado and feta for breakfast.

Mmmm… if the Eagles don’t have a point to prove over the next couple of weeks, I’d be surprised.

But Richmond has been spoken of as a potential premier since 10:30pm last Friday night. The lid flew off, clean out of the MCG, over Swan St, and was last seen crossing South Gippsland, headed for Mallacoota. Fifteen days of that as preparation for a Grand Final eliminator and who knows what might happen.

Are the Tigers as good as the 2016 Bulldogs? Certainly, their quartet of champions puts them ahead: Martin matches Bontempelli, Cotchin is better than the Dogs’ next best midfielder, Rance is way ahead of any Bulldog key defender, and the same can be said for Riewoldt at the other end. 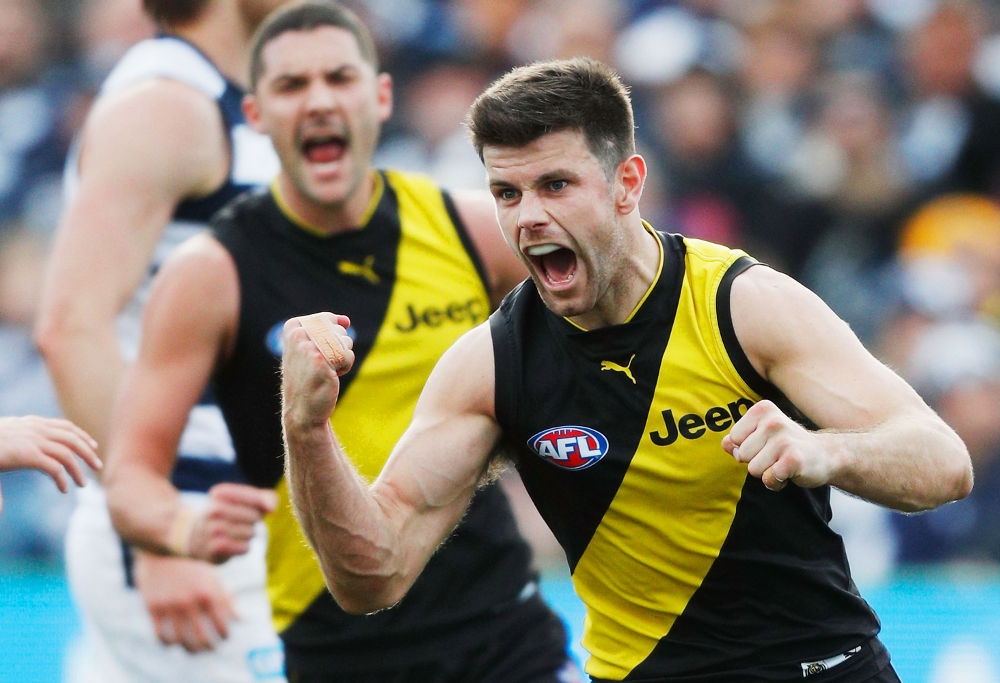 Yet the Dogs were more even. And in 2017 they were sprinkled with some rare magic dust, inspired like no team in living memory.

It remains to be seen whether the young men of Richmond, too, will be lifted to a higher plane by the opportunity now before them. Or whether they melt under the spotlight. Collapse under the weight of expectation they now carry.

Whatever, as our beer-drinking, baby-loving, footy-convert of a Prime Minister might say: there’s never been a more exciting time to be a Tiger.