What is happening to football in this country?

The Football Federation Australia (FFA) is a distracted organisation that is unable to make strategic decisions to improve the footprint of football in this country.

The Board and CEO’s efforts are fully focused on ensuring its preferred model for the FFA Congress – one that does not extinguish its influence.

To achieve this model, it is fighting on all fronts and against most of the sport’s key stakeholders.

These issues are hurting the game at a time when a new A-League campaign is about to start and calls to expand the national competition are becoming louder.

This is troubling for fans of the game.

It feels like only yesterday when football reached its highest point – the Socceroos finally qualifying for their first World Cup finals since 1974. Australia had finally found the sporting equivalent of the holy grail.

Domestically, the sport’s governing body has been able to successfully deliver a new national competition. Importantly, it has been able to increase the average crowds at A-League games since 2007 while the AFL, NRL and Super Rugby crowds have declined over the same time period. That has been no small achievement.

It has also established a successful national women’s league long before the AFL or rugby league.

Football was seen as being a genuine threat to AFL and rugby league.

There are plenty of strategic problems facing the FFA that need to be resolved quickly.

Only last week, the Socceroos failed to automatically qualify for the 2018 World Cup. Now the Australian team must overcome a convoluted process to make it to Russia.

The failure of the Socceroos adds further weight to the broken youth development system in this country at a time when the FFA decided to close the Centre of Excellence at the Australian Institute of Sport to save money.

A-League clubs want a greater say in how football in this country is run and how funds are distributed from the TV broadcasting rights. As such, they are calling for greater representation on the FFA Congress.

The FFA has put the expansion of the the A-League in the too hard basket. This is at a time when National Premier League clubs, the second tier competition, want a second division as an avenue to the A-League.

Fans across Australia are also unhappy as they are missing out on football action. There is no access to live A-League games outside capital cities and the Central Coast of NSW.

These are the fans that prop up the state associations and the FFA from their playing fees each year.

If that was not enough, the FFA CEO, David Gallop, is apparently in contention for the CEO role at ARU.

Surely this would be a backward step in international sport, but it illustrates the growing problems within the FFA and football in this country.

The FFA has also suffered the humiliation of FIFA and the Asian Football Confederation intervening in the domestic game by sending a joint delegation to Australia to help resolve the long-standing governance crisis.

The delegation failed to resolve these problems and now the fate of football in this country is potentially in the hand of FIFA’s normalisation committee. FIFA has given the FFA until 30 November to gets its house in order.

Argentina and Guinea have been two recent member states FIFA has had to intervene in through the implementation of the normalisation committee in their domestic leagues. So Australia is not exactly in quality company.

The current problems have haunted football in Australia ever since its existence.

It has seemingly taken less than 15 years for the FFA and the game’s controllers to forget the important recommendations of the thorough review into the governance, management and structure of football in Australia and the governing body, Soccer Australia.

The Guardian has reported that the the states and territories appear collectively subservient to the FFA Board they are supposed to oversee. From a governance perspective, this is troubling and outlines why the congress needs to be expanded.

It is the rising problems of self-interest and political infighting that is again affecting the game.

It is disturbing that we have not seemed to have learned anything from the Crawford Report and the Independent Soccer Review Committee.

Anyone who has read Ross Solly’s book, Shoot Out: Passion and Politics of Soccer’s Fight for Survival in Australia, will understand political infighting, nepotism and incompetence strangled the growth of football in Australia for many years.

Reports suggesting the FFA Board can control the governing body that was put in place by the custodians of the game is very troubling. It suggests that the current structure is no longer effective. It is akin to the tail wagging the dog again.

The FFA is getting bogged down in these governance issues and lobbying for its preferred model while forgetting about the bigger picture. 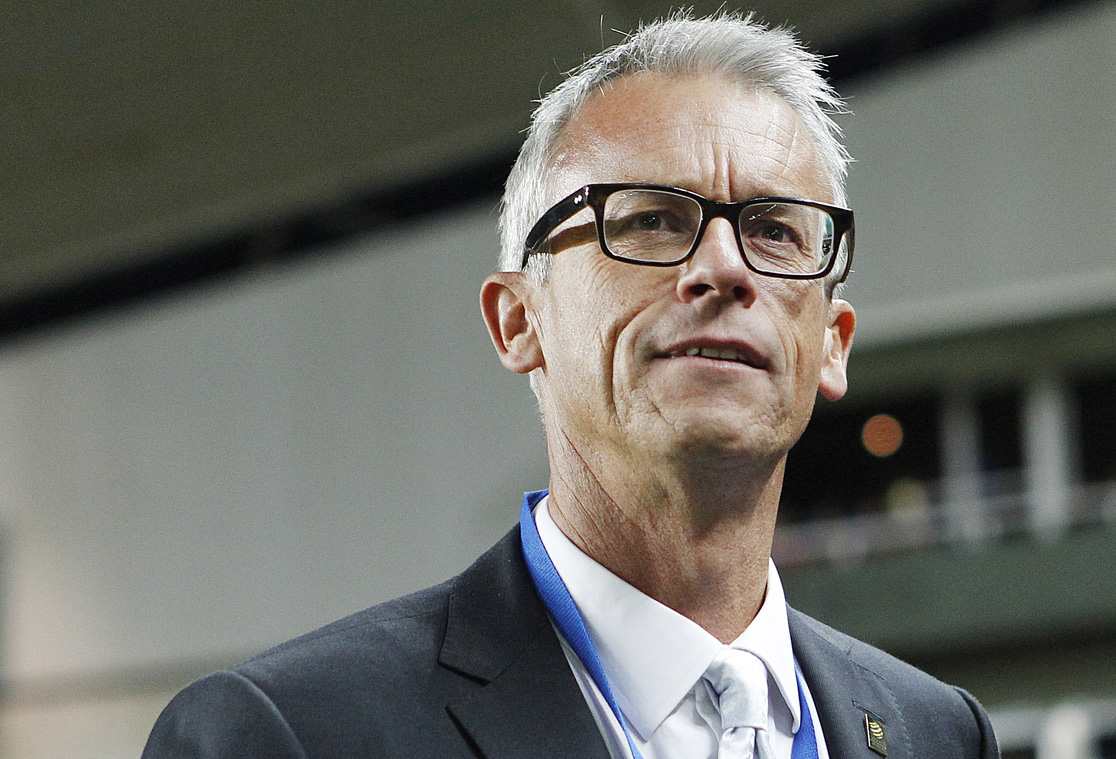 Will David Gallop be on his way to the ARU? (Photo by Paul Barkley/LookPro)

It was therefore surprising that it has been able to implement an improved collective enterprise agreement for female football players this week.

But other key issues need to be resolved, like the expansion of the A-League, if we want to see football in this country grow.

The A-League has not expanded outside new Melbourne and Sydney franchises since it commenced in August 2005. Two expansion clubs, North Queensland Fury and Gold Coast United, had their licenses revoked.

The FFA’s mentality seems to be focused on capital city derbies rather than growing the game across the country.

Some of the current A-League sides are still suffering financial problems. The FFA was unable to secure enough funds from the last broadcasting rights to appease club owners.

If that was not enough, A-League clubs have often struggled in recent Asian competitions. Questions will start to arise as to why our teams are not competitive.

There are also questions about the independence of the FFA board. Media reports talk about the need for members to be sanctioned by Frank Lowy before they are appointed.

Look no further than Steven Lowy AM, son of Frank, who was the inaugural FFA Chairman. He was elected as a director of the Board of FFA in 2015 and went straight into the role of Chairman.

No-one can deny Stephen Lowy is a very competent businessman. But to be elected as Chairman of the FFA without any football experience seems unusual.

It does little to diminish media speculation and innuendo, particularly from the Australian Financial Review, that FFA is the fiefdom of the Lowys.

The passing of the baton from father to son also raises concerns of nepotism in football again.

While we have not returned to the dark old days of the NSL and Soccer Australia, cracks are appearing in the football and the governing bodies again and this is troubling for football fans.

I am not a governance expert so I do not know the answer for the best model for the FFA Congress. However, futsal and women’s football need a strong voice to ensure appropriate funding and representation.

Clubs and the players also need a voice on the Congress. Therefore, a 9-4-1-1 model should only be adopted if the interests of whole football community are properly represented.

The 9-4-1-1 model will ensure it better addresses the accusations that the FFA is influencing the FFA Congress.

Football is close to crisis point in Australia again. We have failed to automatically qualify for the 2018 World Cup and there are serious concerns about the depth of the talent pool.

Yet the attention of stakeholders is directed at one issue – the appropriate governance model to oversee the game.

It is now time for individuals to put their self-interests to one side and focus on implementing all the key strategic decisions to make football stronger in this country. Not just the interests of a few.