The Cairns Taipans were known as a defensively-orientated, gritty side who simply didn’t give in last season and more of the same can be expected when the NBL tips off for 2017-18.

Many tipped the Taipans to run dead last in 2016-17 and looking back to the rosters at the start of the year, there was only one clear option for the spoon.

Didn’t they leave everyone – apart from their optimistic supporters, as it was pointed out to me on Twitter at season’s end – feeling a little silly, shocked and surprised.

Cairns built their run on defence. They only just outscored the Perth Wildcats and were well behind the other sides battling for top-four spots at the end of the year.

For that effort, full credit has to go to Aaron Fearne. Working on a budget a fraction the size of some other clubs, he chases players who are going to believe in the cause and work hard for him.

It’s little surprise then that the northern Queensland side have made few changes. More on that shortly, but it’s clear the culture coach Fearne is trying to build within the club. 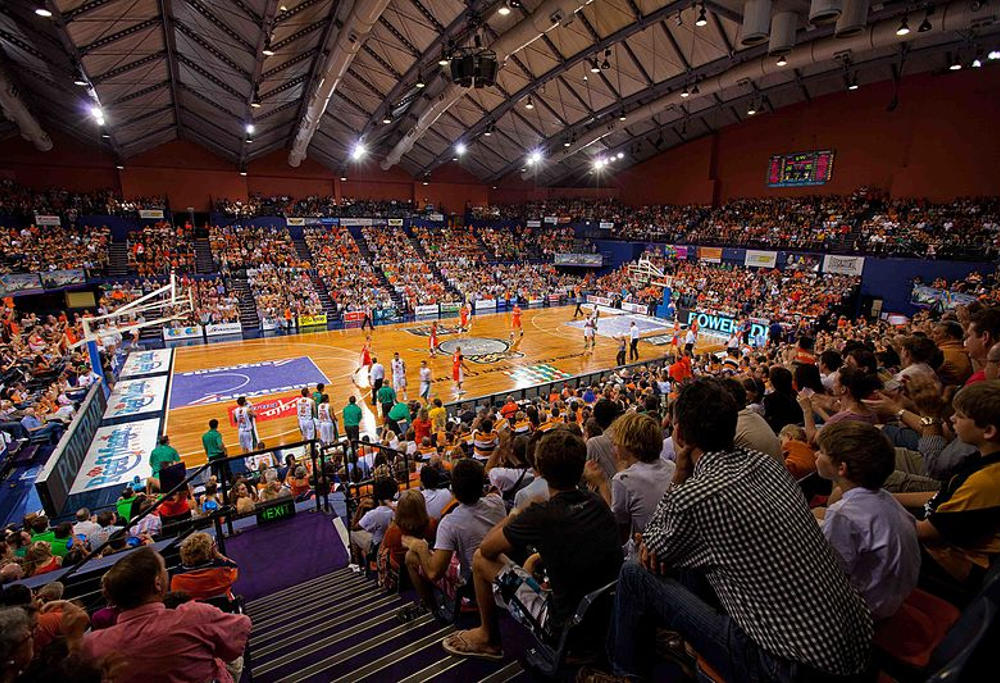 Hard work first, scoring second. Their offence didn’t have the penetration it needed to break down the best defences in the competition last season, and as it turned out, even with home-court advantage, that was their undoing in the semi-finals as eventual premiers the Perth Wildcats blasted past them.

Despite the semi-final results, it was a phenomenal effort and if their defence is as good as it was last year, there’s no reason they can’t match the numbers they churned out. That will be a big step in going on to take a spot in the playoffs, but if they can’t prove their offence, you feel an ever-improving competition might pass them by.

*Development players not announced at time of writing.

With club stalwarts on board, along with a host of up-and-coming talent, there was no need to make many changes.

Cameron Gliddon will again lead them, but the notable absence is Mark Worthington – the veteran hanging up his shoes at the end of last season after a glittering career.

What Cairns will need more of this season is high-quality basketball from forwards Stephen Weigh and Alex Loughton. The duo was up and down last season, and while they can always be counted on defensively, there were times last season when they looked to be losing their touch shooting.

Joining the pair and Gliddon on the starting floor is likely to be big man Nate Jawai, along with new import guard Scoochie Smith. The point guard, who hails from Dayton and played summer league for the Boston Celtics, will have huge shoes to fill, with Travis Trice moving along.

Trice was one of the only reasons Cairns’ offence stayed alive last year, so he will have his work cut out for him in what is his first professional contract.

Where Fearne will have an edge is on the bench. Exciting young duo Mitch McCarron and Jarrad Weeks – who could both take Australian basketball into the future – will have rewards for the Taipans. Both impressed last year, Weeks gaining a starting position at the end of the season.

Damon Heuir is an energetic player, while other imports Nnanna Egwu and Michael Carrera are also expected off the pine.

Is Nathan Jawai fit enough to last 28 games, and what role will he play?
Jawai is one of the best big men in the NBL, but there are questions surrounding his ability to stay fit and recover from game-to-game.

Jawai only missed one game last season, which is a tall order, but an average of 19.5 minutes per game says plenty about his lack of consistency and fitness.

He spent a chunk of the season playing from the bench as well, with foul trouble wreaking havoc on his season. In fact, he conceded more fouls than any other Taipan by a considerable distance.

With Egwu again in the side and Carrera signed as a new import, there is a chance Jawai’s role could be further restricted this season. It’s not the greatest idea, given the impact he makes, but it’s no good extending his minutes and having poor performance.

This is a juggling act coach Fearne must get right if his side are to play semi-final basketball. 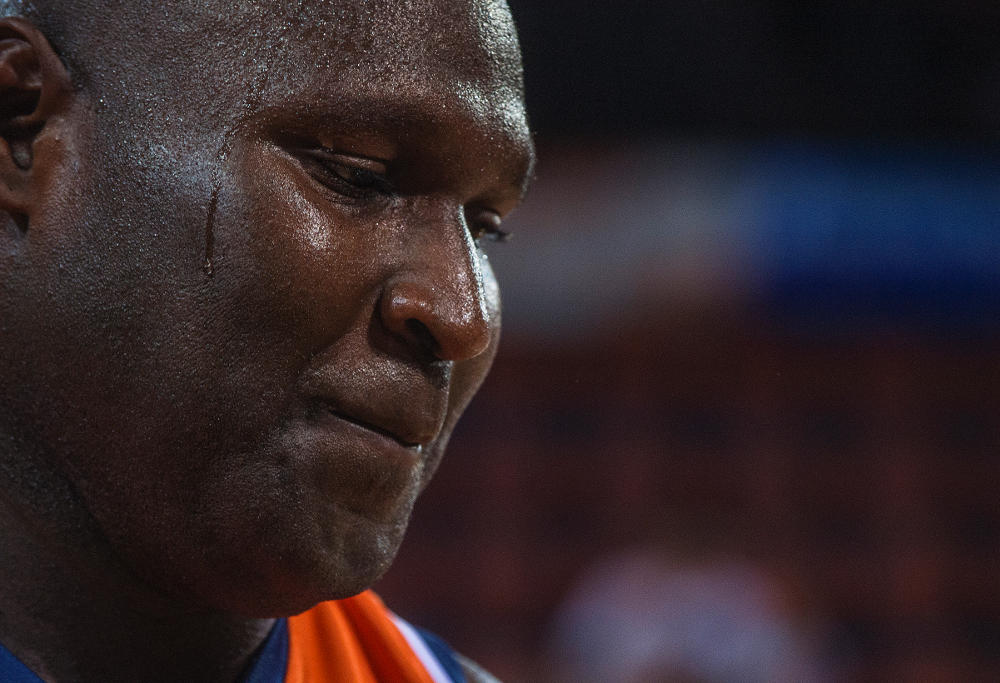 Will Cameron Gliddon take his role as a shooter?
Before last season, the skipper was tasked with becoming a score-first type of player, and with a lot of low-scoring games, averaging 11 points per game was probably about what was expected.

Shooting at nearly 50 per cent was impressive though, and some experience with the Australian Boomers at the FIBA Asia Cup in the pre-season will do Gliddon’s confidence and pre-season form the world of good.

Working with Smith, who is known for a pass-first type of game, it could be the perfect guard rotation. If he can regularly get free outside the arc on the back of Smith’s passing and floor spacing, then the Taipans have one foot in the door on every attacking possession.

Gliddon hit 60 three-pointers during 2016-17, and will need to replicate that from the get-go to lead his team’s attack.

It wasn’t just his stats that impressed though. Right through his career, Worthington was tenacious, and the defensive plays he made, or making a big shot at the right time, often kept Cairns in games they probably had no right to be in.

To fill his shoes, forwards Alex Loughton and Stephen Weigh must stand up.

Neither shot at anything approaching 50 per cent last season, and their defensive effort has to improve. Carrera, likely to come off the bench, will also have a huge role to play.

If the trio can’t cover Worthington’s loss, it’ll be one nail in the coffin of their season. After copping the rough end of the stick last season, the Taipans’ schedule is actually one of the more balanced ones this season.

The biggest problem will be playing only four of their final 13 games at home, however they are spread so that their longest road trip is just three games. Furthermore, they only play two games on the road in a round once, during 14, with trips to Adelaide and Perth.

Cairns will have a good opportunity to build momentum early in the season though, and without a heavily congested schedule in the new year, it could play into their hands nicely.

They also play seven different teams in their first eight games, with four on the road and four at home. This is a major step up from last year.

The orange army of supporters also get their New Years’ Eve fixture back, hosting the Perth Wildcats.

It’s hard to justify why this is going to be a great season for the Taipans, however they proved me wrong last year so I’m hesitant to leave them out of the top four by much.

Aaron Fearne knows how to get a group of players to work for him, and that’s as dangerous as anything else.

If their bench rotation and imports fire, then the Taipans could well have a strong campaign. However, we are going to know early if that’s going to be the case – they need a winning record heading into a tough second half of the season.

They will miss the four, but it won’t be through a lack of effort in a highly competitive and talented competition.

Be sure to tune back in on Monday as we continue our NBL season preview. Next up, a team chock-a-block full of frontcourt talent who are going to miss the top four.