Strong and bold! Richmond's rise from rabble to premiers

Richmond’s recent history is potted with false starts and self-inflicted wounds, failed campaigns and rash decisions. This time around, the Tigers decided to do it differently, and be better, and now they’ve won it all.

The roots of Richmond’s 2017 premiership established in their dark days at the end of last decade. After Terry Wallace was removed as head coach mid-season, and Damien Hardwick – the first of Alastair Clarkson’s disciples to leave the church – was installed, the Tigers set about renewal.

It was their fourth or fifth go at it since their last premiership in 1980. The number of attempts doesn’t really matter – the years do. By now the soil was saline, and it would take a different approach.

Damien Hardwick is Richmond’s second longest serving coach, behind AFL Hall of Fame member Tom Hafey who coached the Tigers to four premierships in 11 years. Between 1980 and 2009, the Tigers had 12 coaches, with an average tenure of just 57 games.

That takes in a lot of football that was played in the amateur days, but even so, it is less than three seasons each.

At the end of the 2015 season, another failed finals campaign, Hardwick had coached the Tigers in 135. With an expiring contract, the idle hands of the tabloid press wrung the neck of the club in the 2016 pre season.

Where previous administrations may have wilted, the regime helmed by Peggy O’Neil stood firm, and extended Hardwick through to the end of 2018. A two year extension, with a very clear end point.

Disaster struck. Richmond’s 2016 season was a rabble, and with it followed more calls for Hardwick’s time to end. The administration was similarly challenged, the “Focus on Footy Ticket” coming close to toppling the board and implementing sweeping changes across the club. Focus on footy indeed. 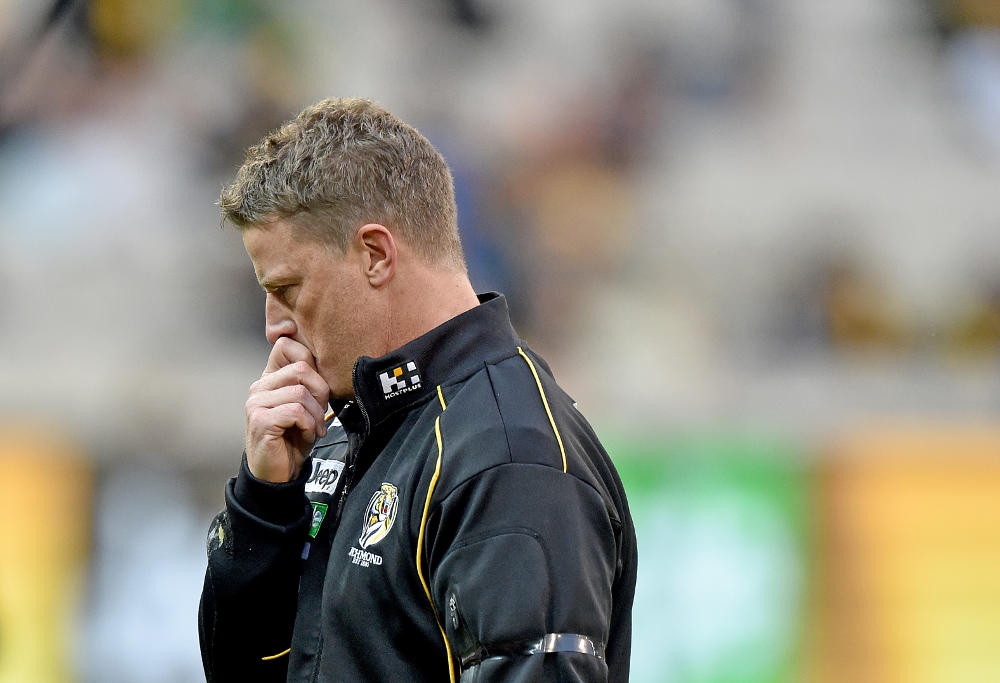 The club did not sit still. But where it may have previously lopped off the head of the football program and hoped the rest followed suit, a far more surgical solution was applied. Richmond decided to be better than history said they would be under the circumstances. And now they have won a premiership.

Even if victory had not followed today, Richmond’s 2017 season is a triumph of the steady hand, of faith in the process, of incremental improvement with an eye to the ultimate prize.

The season that was may have started with the decision to retain Hardwick as coach 18 months ago, and then hold firm to that decision when the early results did not materialise. But if it were as simple as re-signing a coach then Hawthorn and Alastair Clarkson would be toasting their sixth straight premiership.

Almost the entirety of Richmond’s assistant coaching staff was turned over in the offseason, an outcome of a wide-ranging football department review that also ushered in a new structure and the return of Neil Balme to the General Manager of Football position at the club.

There is little doubt the change in assistant coaches was the catalyst for Richmond’s overhauled game plan, which saw them lose just two games by more than three goals all season.

The Tigers got busy in last year’s player market too. They addressed two key sore spots with three additions: Toby Nankervis in the ruck, and Dion Prestia and Josh Caddy (who, it seems, fell into their laps) to play as inside midfielders. As it was Caddy became a more of a forward. The impact of these recruits cannot be overstated.

Nankervis played all but one game, eventually taking the full ruck load as Richmond went all in on small ball. He isn’t the best ruckman in the game, but has probably got the best defensive work rate amongst the league’s big men.

Prestia’s insertion into Richmond’s midfield was the move that allowed Trent Cotchin the freedom to rove and play aggressive football. Prestia wasn’t too shabby himself, particularly in the final stages of the year. Ditto Caddy, who is an unassuming player but adds so much to the Tigers’ structure.

And we can’t talk about last year without mentioning the departure of 2004 number one draft pick Brett Deledio. It may have been a difficult divorce, but ultimately the absence of Deledio helped the Tigers go smaller in their forward half.

The Deledio trade will also see the Tigers enter this year’s player market with a strong hand of draft picks.

Richmond’s better recruiting extends beyond their astute dealings last offseason. Wallace’s final gift to his Tigers was the delivery of the draft pick that secured Richmond Dustin Martin.

A prodigious talent, Martin bloomed into the player he always threatened to become this season: an unstoppable, tackle-breaking irrepressible force of football nature. His brash attitude and will, so long a knock on his game, became the defining trait once everything clicked. 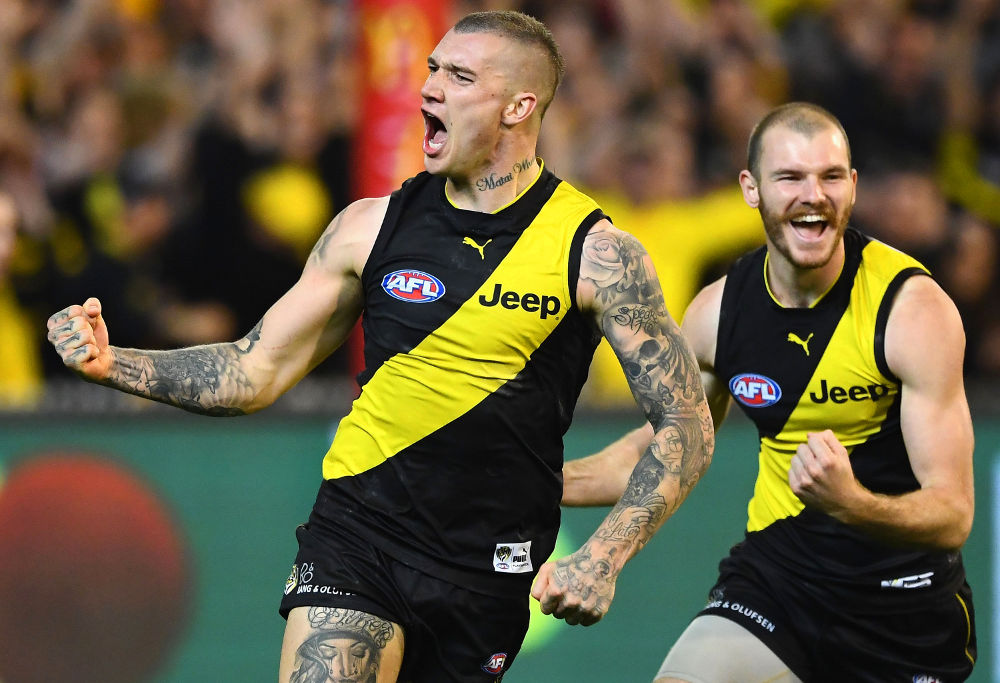 Richmond’s draft record has been the butt of every joke imaginable. And when you look through the tape, it’s car crash material. Between the four gems of Jack Riewoldt, Trent Cotchin, Alex Rance, Shane Edwards, there is nary a solid pick.

In more recent years, the Tigers have developed a knack of picking up players that have been able to provide value from day one. Richmond’s game day line up includes 11 players drafted between 2011 and 2016, including three rookies. Their VFL team, which fell a kick after the siren short of this year’s premiership, is populated with much of the remainder.

Where to from here? The Tigers’ list, which looked talentless and tired a year ago, has been rejuvenated by a fresh game plan and turnover in the right places. Its age profile is of that of a contender, and that may well be Richmond’s destiny for the next few years.

Regardless, the Tigers have won a premiership, the flag which has eluded them for more than three decades. Not for want of trying of course, but that’s never the issue.

Instead, Richmond decided to be better, and that will mean they are never again as far from the reckoning as they drifted over those long 30 years.