After two years of disappointment with the best roster in the competition, can Melbourne United finally reverse their form line with a new coach, or will it be another season of heartbreak for the NBL’s glamour club?

The group Melbourne have assembled under coach Dean Vickerman is possibly the best ever seen in the NBL.

Of course, the coach change comes about after a couple of seasons where United had the best roster on paper and should have ran away with a championship.

In 2015-16, United finished top of the table, then were knocked over by the New Zealand Breakers in straight sets during the semi-finals.

Things went from bad to worse in 2016-17. Even though injuries played their past, United missed the finals with some dismal play in the last month of the season, and then took all of a week to sack coach Dean Demopoulos. 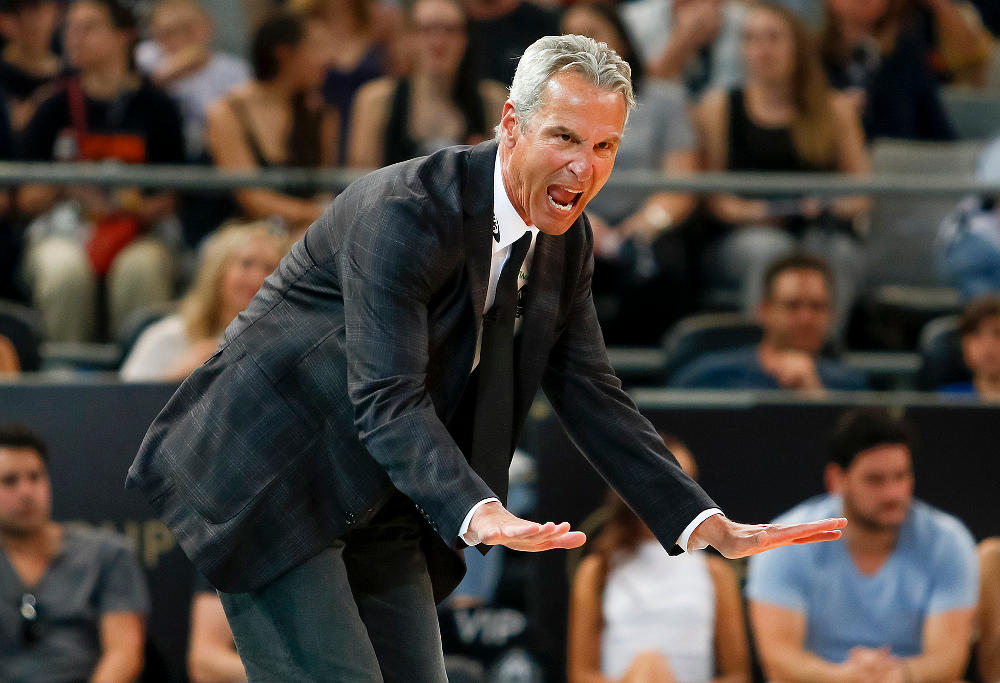 Vickerman is most well-known for his role leading the Breakers to championships and grand finals during his first coaching stint.

It was a surprise when he pulled the pin and moved to Sydney last season, acting as an assistant for rookie Andrew Gaze, but he will be back in charge this season and looking to make up for lost time.

While coaching has been the key battle for United over the last season, it shouldn’t have been a question for the team to make the semi-finals. They had enough talent to overcome the obstacles presented, but that’s amplified this year.

More high-profile signings – they are the Golden State Warriors of the NBL on paper – and a fan base starting to become agitated, means if they don’t have a strong season, heads are going to roll.

Melbourne have a stack of players who like to have the ball in hand, which means Vickerman has a balancing act to get things right.

Chris Goulding, who has been a star in Melbourne for many seasons, will need to play a role alongside a shoot-first point guard in Casper Ware and the energetic, athletic Casey Prather locking in at the three.

Ware finished the season in Melbourne last year and was a bit hot and cold, but it’s hard to see him being that inconsistent under Vickerman.

Moving up front, and this is where the questions lie about the best starting group. While Josh Boone and David Andersen are there, Majok Majok is a powerhouse and it would mean United need to sacrifice a little bit of size to start the former two.

Boone and Andersen probably offer more versatility in shaping an offence, nut in a league without a lot of good centre options, Majok could tear the house down.

The expectation could be that it will depend on match-ups. Playing against a bigger Adelaide side for example, Majok could start, but playing against Sydney, they may well go with Andersen and Boone to stretch the defence.

Melbourne also have a brilliant rotation. Kyle Adnam is one of the better up-and-coming guards in the competition, David Barlow is an experienced veteran with Olympic experience, and one of Boone, Andersen and Majok will come from the bench.

Add to that Tai Wesley, who had a career-best season in ’16-17, and Craig Moller, who has come up from the Kings after an impressive transition to basketball last year, and this depth is unrivaled.

Can Chris Goulding play his role, rather than trying to take over?
Goulding likes the ball in his hands. He likes to be the centre of the offence, with everything running through him. Whether that’s assists, three-point shooting or finishing off plays, he racks up big numbers for a reason.

But while he has Boomers experience, Goulding is no longer the most talented player in his side. With Prather and Ware there, this is a three-pronged offence with two players in the paint who are going to be ready to go to work.

Goulding’s passing game under Vickerman will have to improve. He simply won’t get the shots that he has been able to in seasons gone by, but if he can space the floor and create constant opportunities for teammates, a championship should be headed his way. 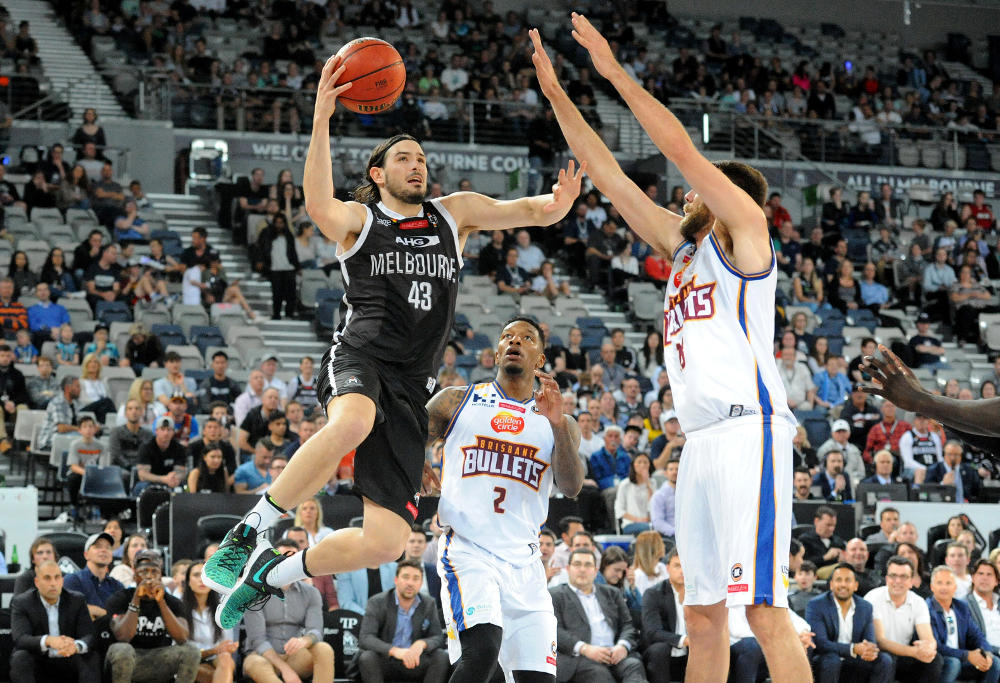 Is United’s defence good enough?
While they actually ended up with a semi-decent record, whenever the pressure was on in 2016-17, United let in easy buckets to good sides.

You can’t imagine that happening again under Vickerman, but you can only defend as well as your personnel allow.

We may get an idea of exactly how United will defend when they play Oklahoma City next Monday morning, but this is a side with Ware and Prather in the starting five – neither being rated for their defensive exploits.

Perimeter defence has been one of the keys to winning championships in the last few years. Perth are the best in the league at it, so it’s no wonder they came up with the goods, while Cairns also made the finals last year and were great outside the paint defending.

The year before, it was the Breakers and Wildcats in the grand final, and again, their perimeter defence was one of the reasons why.

United’s inside defence is fantastic, with Andersen, Boone and Majok leading the way, but if they can’t get it right on the perimeter, it’s going to spell trouble. Because of the NBL’s shorter three-point line, it’s fast become the favourite shot of many players, and it puts up points in a hurry.

While Melbourne are going to be the best attacking team by a distance, the jury is still out over areas of their defence.

How will Ware and Prather fit into the puzzle?
Both of these guys are used to having the ball in their hands and running the offence – so how will they handle playing in the United structure?

Prather is one of the most talented players to ever grace the NBL. He has athleticism, length and has been on the cusp of an NBA contract. It’s hardly a surprise the numbers he was able to put up with Perth, getting them to the finals alongside Bryce Cotton last year, and almost on his own the season before.

Ware was a little inconsistent when he arrived in Melbourne last year. It seemed he couldn’t quite grasp the Demopolous style, or the three-point shot, firing up plenty of misses.

The pair working together though, creating shots for each other with the help of Goulding, could be exciting to watch. 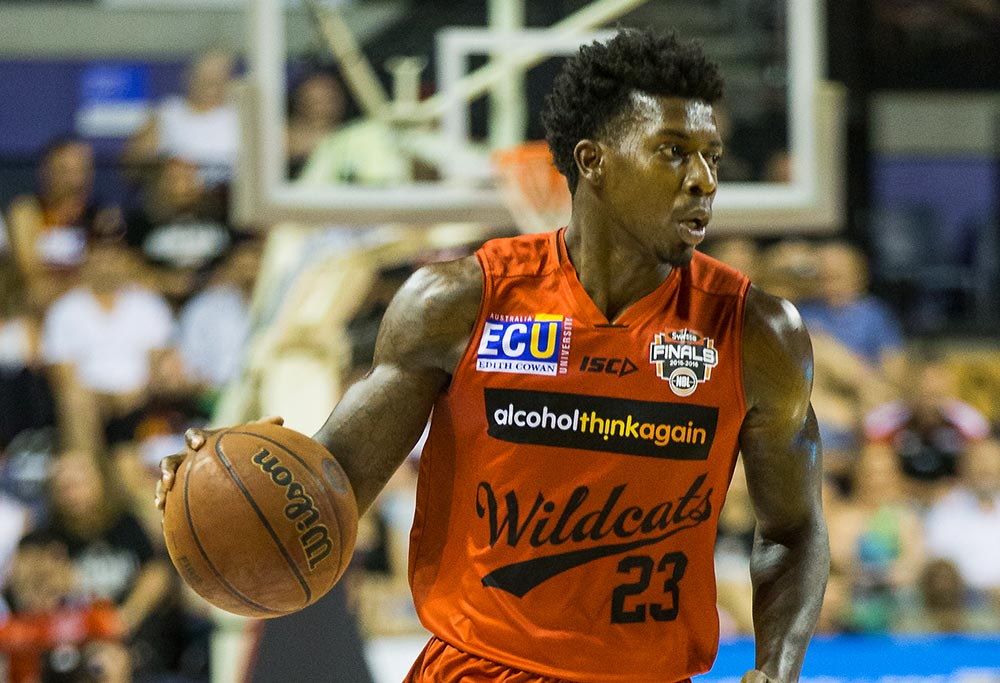 United, despite playing just one of their first five on home court, have a reasonably balanced schedule, with the highlight being a home clash on Boxing Day (likely with the roof open) against the Bullets.

Following their opening six games, Melbourne will play five of their next six at home, bring the home-and-away to an equal footing after 12 games.

They play six of seven on the road from Round 12, but that’s balanced out by a chunk of home games beforehand and four of their final five at home, including a double against last year’s grand finalists, Perth and Illawarra, at Hisense in the last round.

Even with the road stretches, you won’t find too many fans complaining about Melbourne’s run.

It’s impossible to not think Melbourne will finish at the top of the table. Of course, I said the same thing last year and ended up with egg on my face, but with Vickerman in charge, things feel more positive in the Victorian capital.

They have so much talent, and the inclusion of Prather gives them another certified winner – an experienced one at that, who knows what it takes to go all the way in the NBL.

He will also be able to give plenty of inside information on Perth, who are Melbourne’s likely opponents when the whips are cracking.

Anyone not predicting Melbourne for the championship would want to have a damn good reason for doing so.

I hope you have enjoyed this preview series of the 2017-18 NBL season. Tomorrow, I’ll have a Round 1 forecast on site, then it’ll be time for the season to tip-off with Adelaide to host Melbourne at 7:30pm (AEDT). That will be The Roar‘s Round 1 game of the week and will be covered with a live blog.