It was defence that pushed Richmond to the top

The parallels have been beaten to a yellow and black pulp already – the underdog but hot Melbourne-based club, playing “at home”, coming in against the dominant minor premiers from out of town, breaking a decade-long drought and bringing ecstasy to a starving fan-base.

But this wasn’t Doggies Redux. It was the graduation of the Tiger defence to legendary status.

I don’t usually get into game-plan details as much as I crunch numbers, and there are certainly numbers to crunch, with the most obvious being the season-low 60 points and eight goals (three of those in garbage time) that this defence held the vaunted Crows scoring machine to in the biggest game in Adelaide’s 21st century history.

But as much as it pains a maths major to type this, Richmond’s grand final victory wasn’t about numbers. Despite the beauty of the storyline, and the magnificence of his play, Richmond’s title game wasn’t won on the back of demigod Dustin Martin. Nor was it a ratification of the Dion Prestia recruitment.

Although he was the media star of the post-game party, on stage with the Killers and first through the banner, it wasn’t about Jack Riewoldt winning the title that eluded his cousin.

It was about that back line.

As great as a Brownlow-Norm Smith double is for Dustin Martin’s resume, the two men who held that game when Adelaide was still a threat were the All-Australian captain Alex Rance and the underrated, recently-maligned Bachar Houli. 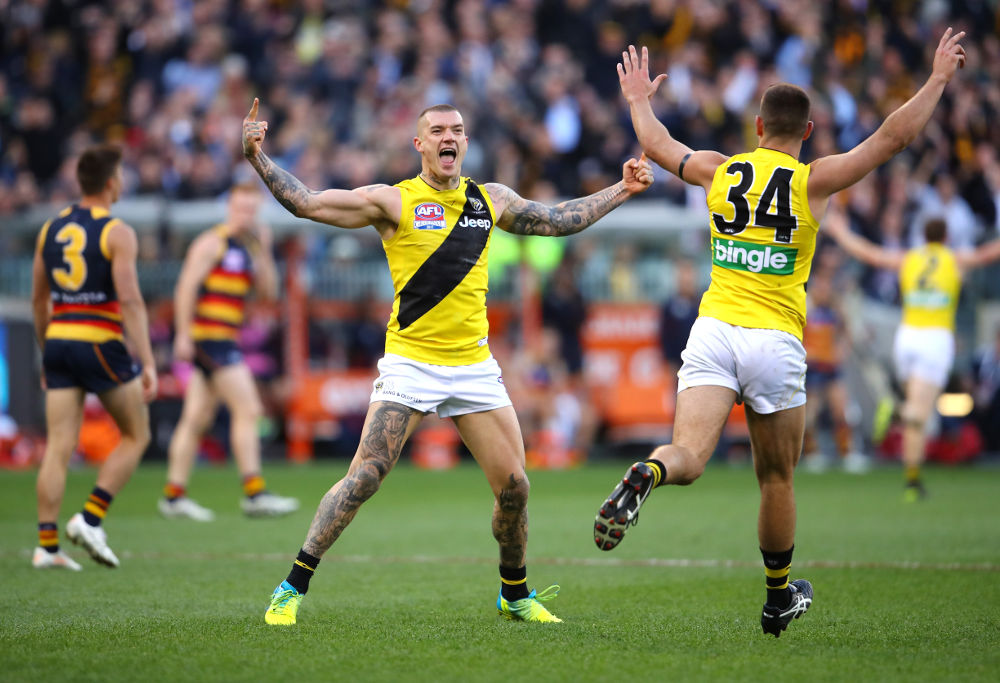 Nick Vlastuin was all over the field throughout the contest, Dylan Grimes and David Astbury were locked in, and Nathan Broad found thirteen disposals on his stat line by game’s end. The entire back six deserves their kudos.

But it was Houli who seemed to be involved in every important possession, especially early when the game was in doubt and Rance who served as the magic eraser for every Adelaide assault.

I was astounded that four of the five voters for the Norm Smith medal failed to even name Rance on their ballots. While the symbolism of rewarding Dustin Martin not just for his play Saturday but for a season where he was best-on-ground in half of his games is enticing, his scoring plays in the second half felt inevitable once the Rance-led defence had taken the air out of the highest-scoring offence in the league.

This shouldn’t have come as a surprise to Tiger followers this year – in 25 games, Richmond held their opponents to 81 points or fewer 22 times. Of the three outliers, one was Round 1 versus Carlton, who managed to just reach the league’s season average of 89 in a 43-point loss to the Tigers.

The other two were the two “failures” in Richmond’s season: the demolitions by Adelaide in Round 6 (a battle of 5-0 teams which mirrored the GF in that Richmond lost a nine-point lead at quarter and was routed by 76) and St. Kilda in Round 16 (a one-off where the Saints annihilated Richmond 14 goals to one in the first half and lost by “only” 67).

During the season (counting the two “failures”, of course) Richmond was third in points allowed, just slightly behind Sydney and Port Adelaide (one point per game behind Port, two behind the Swans). But when it counted most, the Tigers’ defence was strong and bold.

In most sports, when the championship is on the line, the old adage is that a great defence will beat a great offence. Turns out that was true on the grounds of the MCG Saturday. 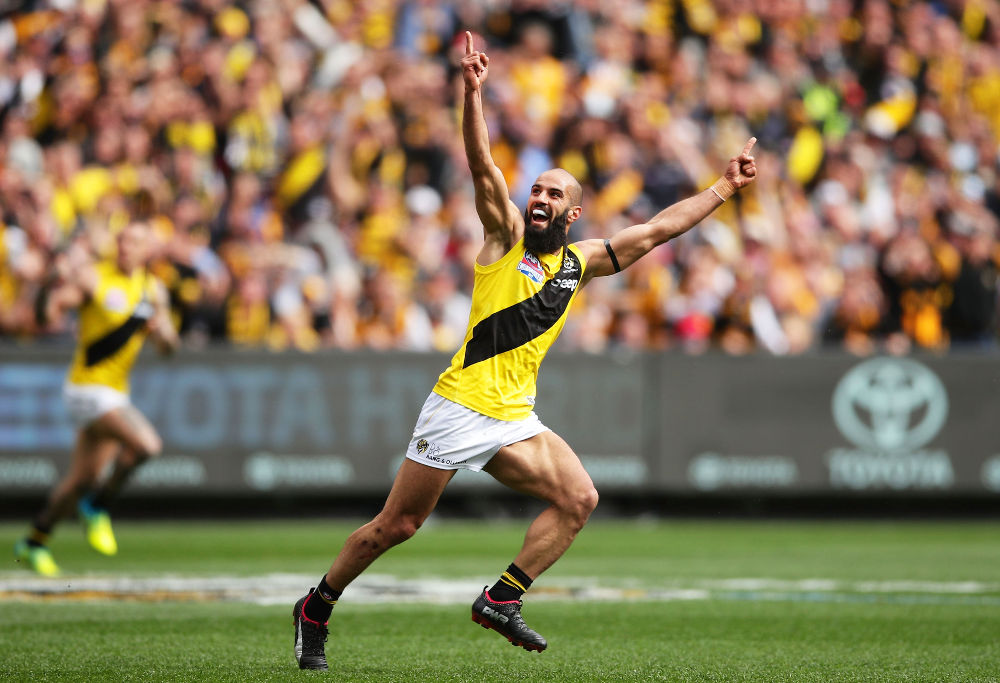 Adelaide and Richmond played their very first game of the year against each other too. Richmond won that game as well, 92-73. Like Saturday’s tilt, Adelaide started with the lead before the Tigers pulled away in the second half.

Josh Caddy’s first game for the Tigers produced a goal, which he duplicated in the first period against the minor premiers. Dion Prestia and Curtly Hampton had impressive debuts for their respective clubs, and Rory Laird starred in midfield while his star running mate Sloane was waiting to return from an eye socket injury. (And Richmond won that game in the yellow guernseys, too.)

My notes from that game are filled with glowing reviews of both teams, and encouraging signs for the season still to come for each club. But nowhere in my notes, nor I’ll wager in anyone else’s who covered the game, does it say “A preview of this September’s grand final”.

Shows how much we know.

To put a bow on the season, let’s take a look at the final 2017 ELO-Following Football ratings for all eighteen teams.

Thanks to three dominating finals victories, plus five of six strong wins following the St Kilda debacle which dropped them to a rating of 50.0, Richmond ends the season with a rating of 84.7 after an 18-7 record overall. Here are the ratings (with records):

The teams that dropped down in the ratings the most this year were two of the favourites, the Giants (down 12.5 points from the start of the season) and the Bulldogs (down 25). [The third favourite, the Swans, dropped much farther than either, but rose back up to finish almost exactly where they started the season.]

The big risers were Brisbane (up 12.2 this year, more than doubling their start value), Essendon (up 23.9), and not surprisingly, the team that went from 13th place last year to the grand final this season, up a staggering 50.7 points since March, almost 15 in September, and 6.5 of those from the last game alone.

So Richmond’s victory wasn’t a fluke – they built towards it throughout the season, more than the finals-hot Bulldogs ever did in 2016. Congratulations to the yellow and black, worthy champions of this AFL season.