Thoughts on Almandin, Humidor and the Derby

The racing over the last six weeks has been memorable. Every week something spectacular. A veritable meteorite shower of racing highlights and the show has only started to ramp up.

Almandin
Those disappointed with the run of Almandin in the Bart Cummings Stakes are making a hasty judgement. His work was very strong. The son of Monsun’s last 1000m was on par with the winner, Amelie’s Star, a good horse, and I just loved the strength in the German’s work.

I’m sure Team Williams is quite happy with that performance. He drops three kilos to his Melbourne Cup race-weight and he looked peachy-keen in the paddock parade and that combined with his staying effort suggests he is ready to defend his crown. Don’t worry about his short sharp sprint, it’ll be there on raceday.

Having said all that about one of my 2016’s heroes, without Order of St George in the race this is a most interesting Melbourne Cup and Almandin hasn’t that many Benchmark points to play with like last year. 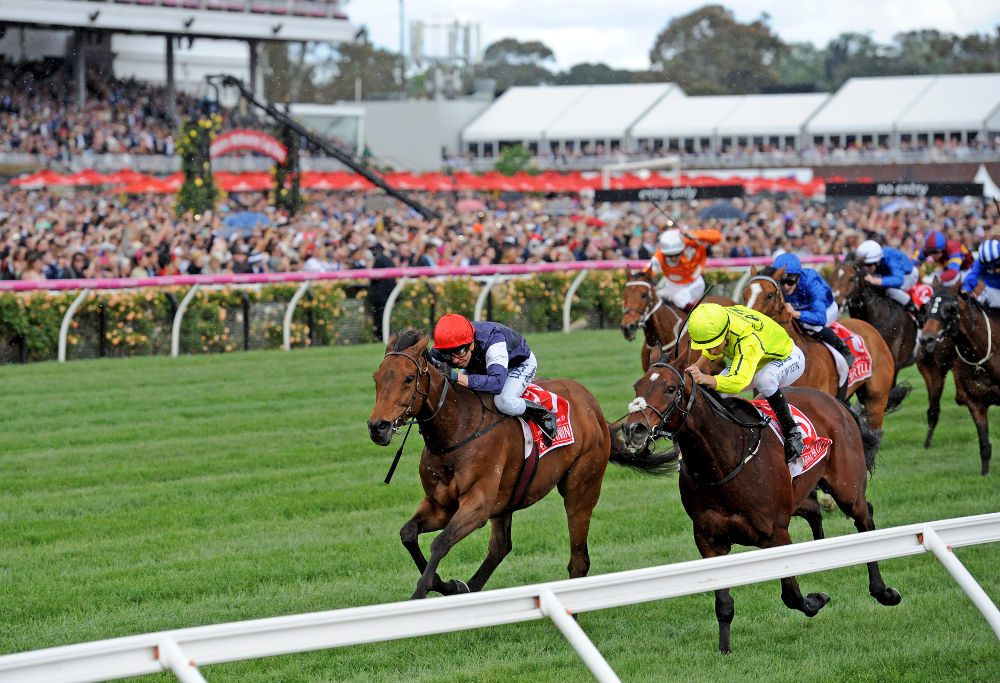 Humidor Gear Change
I am not going to second guess Darren Weir about his proposed gear change of adding blinkers to Humidor in the upcoming Caulfield Cup.

I am just surprised he decided on that course. Humidor ran very well against Winx. His sectional speed between the 1000m and the 600m was excellent (23.1s) as the only horse to match the Winx surge for that 400m at least. The next best speed in this up-tempo sectional was Assign who finished behind the Weir galloper.

Excluding Winx, his 800-400 metre and 600-200 metre sectionals were the best quarters of any other runner and understandably, he did get expectantly tired over the last 200m after sustained chasing for the previous 800 metres. So for me, he gets a ‘nod and a wink’ and not a ‘bagg’in’.

Humidor suffered a taste of the Winx wobble, a famed magical spell she is known to cast on her rivals. So, all-in-all, I thought he did OK. Most horses usually suffer from the Winx stagger, another magical spell she casts when they try to keep up … ask Hartnell, Highland Reel, Criterion … but Winx might be reserving that ‘super’ pixie dust for the Cox Plate like she usually does.

If you are wondering what I’m babbling about with all this pixie dust stuff, Google the ‘Winx Club’ and her magical dominance may be explained to you.

Changing the gear on Humidor is a roll of the dice. Darren Weir knows what he is doing in this matter but all things considered the stunningly bred Teofilo gelding did good in the Turnbull. Without Winx in the race to puff-him-out, he easily wins.

Derby becoming as tough as nails
The David Payne-trained Ace High was quality-tough in the Spring Champion Stakes. It was a good race playing on a track that was nearly a second slower than recent weeks.

In the hands of his South African mentor, this son of High Chaparral will be hard to hold out when he winds-up-the-wick down the long Flemington straight in a month. Sully was excellent too and expect him to remain a serious VRC Derby contender of the first order.

Main Stage was dominant in Melbourne but has to continue on an upward trajectory. Murray Baker’s horse, Weather With You, worked home okay but had trouble passing Eshtiraak. Let’s see what he does in his semi-final before dismissing him.

Currently, my top Victorian hope for the VRC Derby is the Anthony Freedman trained, Travistock Abbey. There is only upside with him.

So that’s just a few thoughts from last Saturday’s racing. Actually, there is a whole lot to talk about. Egg Tart looked great in her trial last week and her two-year old stablemate, Performer lived up to his name in a red-hot Breeder’s Plate. The first two over the line have certainly set the bar reasonably high for babies and their season has hardly started.

Anyway, just a few thoughts as the carnival ramps-up.