It is one of the A-League’s great traditions that each new season starts with teams copycatting elements of the previous season’s winners.

When Ange Postecoglou’s Brisbane Roar swept the league by dominating possession, several teams attempted to be bold with the ball the following year.

When Tony Popovic’s Western Sydney Wanderers were successful with high pressing, their opponents then tried to put the squeeze on each other.

The Sydney FC team of 2016-17 will go down as one the competition’s all-time best. They managed the all-time records for points scored, goals conceded, clean sheets, goal difference, and the second-longest undefeated streak.

Defensive organisation
Sydney FC’s astounding defensive record was a testament to their overall organisation without the ball, the result of a clear understanding of their roles within the 4-4-2 defensive block.

The front four’s job is to block passing lanes into players positioned high up the pitch, making it difficult for opponents to play through the block. Sydney force opponents to play backwards passes, creating moments where they can press high and try to win the ball back close to goal.

Unsurprisingly, a key feature of the first round was teams defending in a medium block, not dissimilar to Sydney’s approach. Teams used a 4-4-2 block – or a similar variation such as 4-4-1-1, or 4-2-3-1 – with the key emphasis being the ubiquity of a back four protected by two screening midfielders.

Adelaide and Melbourne Victory were the only exception, but even in Adelaide’s 4-5-1 the two #10s, Karim Matmour and Daniel Adlung, dropped back next to holding midfielder Isaias without the ball, while Victory typically play with a 4-2-3-1, which suggests the change against Sydney may have been an isolated tactical tweak.

While the specific triggers and moments to press were different between teams, the ideas were similar: block forward passing lanes, force opponents towards specific areas or passing options, and press aggressively in those moments.

However, Sydney and Melbourne City were the only teams to keep a clean sheet, suggesting opposition teams have more work to do to find the defending champions’ chemistry and cohesion.

Fluid attacking
Sydney’s attack was equally as impressive as their defence, thanks in large part to the quality of their visa players.

Milos Ninkovic, the Johnny Warren Medalist, was exceptional from the left-wing, where he drifted inside to find pockets of space between the lines, looking to play penetrating passes in the final third.

On the opposite side was Filip Holosko, a strong, direct winger who pushed high and narrow into goalscoring positions.

While there was a difference in attributes, there was a subtle similarity in the way the wide players would move from their nominal roles into more effective positions close to goal.

Their local rivals, the Wanderers, have basically mirrored it – Alvaro Cejudo is the Ninkovic, a wonderfully crafty playmaker who comes inside, and against Perth Glory, Jumpei Kusukami was the Holosko, making darting diagonal runs from the right-hand side.

Wellington were also stylistically similar, with Dario Vidosic the creator and Roy Krishna the penetrator. The Central Coast Mariners had Connor Pain and Kwabena Appiah, while Brisbane Roar used Fahid Ben Khafallah as the spark and Peter Skapetis as the sizzle.

Again, the variations are different, but the ideas are Sydney’s.

Full-backs for width
If you are bringing your wide players inside, then width has to come from elsewhere, and for Sydney FC this was the role of the full-backs.

In fact, the absence of Michael Zullo and Rhyan Grant against Melbourne Victory highlighted this, with the sporadic forward forays of Luke Wilkshire and Paolo Retre much needed in the moments where the Sky Blues’ narrowness was accentuated. Wilkshire’s assist for Thomas Deng’s own goal further highlighted their importance.

Likewise, we saw several teams getting their own full-backs up the pitch. The aggressive positioning of Ali Abbas and Scott Galloway was obvious in the opening moments for Wellington, with the latter a threat with his forward dribbling. Meanwhile, Raul Llorente made an impressive debut for the Wanderers, while Manny Muscat was constantly involved for Melbourne City.

Jake McGing was bold with his own movement for the Mariners, but was undone when caught high up the pitch for Newcastle counter-attacks. Sydney were always able to find a balance between attack and defence, something the Mariners will need to discover if they are to do well this season. 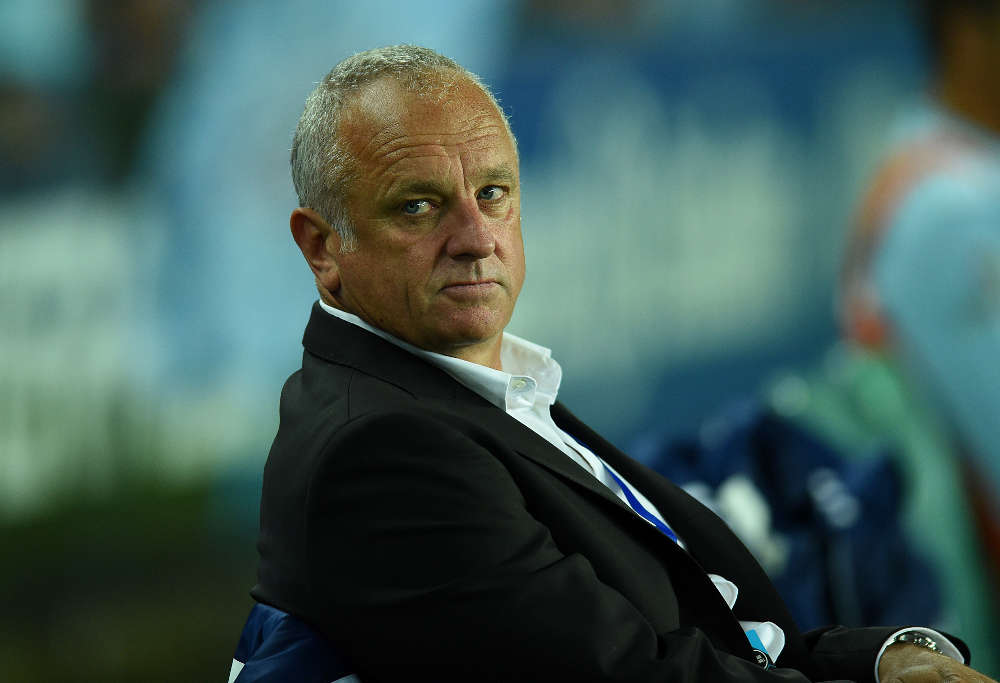 Squad balance
Sydney’s other form of balance came off the field. Graham Arnold and his players always credit the club’s “family atmosphere” as critical to their success. This in large part is due to the lack of ‘star’, or ‘true marquee’ players. The likes of Alessandro Del Piero or Dwight Yorke, upon whom Sydney built a reputation as ‘Bling FC’, but struggled to build a cohesive team around.

Rather than celebrities, Arnold has recruited reliable visa players who add to the overall style of play.

This is also a trend we’ve seen across the league this season – less Tim Cahills and Emile Heskeys, more Wout Bramas and Oriel Rieras. They may not bring the crowds, but they can bring cohesion, and should improve the overall collective – just as Sydney’s foreign players did in last year’s record-breaking season.