A series finale awaits us in Hyderabad as India and Australia face off in a bid to capture the T20 series. This game, which will be played in Hyderabad, is the last international for the visitors before the Ashes. Follow live scores and coverage from 12:30am (AEDT) on The Roar.

After a lacklustre defeat at the hands of India in the opener, Australia bounced back strongly to dish out a sterling performance in Guwahati.

Jason Behrendorff’s first full spell saw him bag four wickets, and those were some prized wickets.

Rohit Sharma, Virat Kohli, Shikhar Dhawan and Manish Pandey are as big a set of wickets as it can get in this format of the game and Behrendorff pocketed them all with his ability to move the ball both ways.

The sticky surface didn’t help the Indians and they fell away to the same score that Australia had got in the first game, 118.

What followed would have given Australia even more hope.

Right through this year, Australia have had one major batting concern. They have collapsed at almost every point.

If the pitch has had something in it for the bowlers, wickets have fallen in a clutter, until it has become difficult to give any sort of a semblance to the run-getting.

And chasing a mere 119 should have been easy but when these collapses are at the back of your mind and you lose both your in-form openers cheaply, the soft middle-order would have begun to worry the management.

As it turned out, Moises Henriques and Travis Head rode out the storm, and aided by a wet ball and poor Indian spin bowling, crashed into the Indian party that had seen then win six of the previous seven internationals and seven out of seven T20Is against Australia.

Once they had gotten their eye in, Henriques and Head were at their punishing best, bringing back memories from the Big Bash League, as the Indian spinners went for 75 runs in 7.3 overs. The same duo of Yuzvendra Chahal and Kuldeep Yadav had tormented the Australian batsmen right through the tour.

But will this new-found confidence count for a lot going into the third game where the conditions could be a lot different from those at the second match?

A lot could again depend on the toss and the dew, with the team batting second having some sort of an advantage.

This ground is also Sunrisers Hyderabad’s home patch, an IPL side that David Warner has led to a title win two seasons ago and that will be a fond remembrance for the Aussie captain.

Follow the live scores and blog of the 3rd T20I between India and Australia from 12:30am (AEDT). 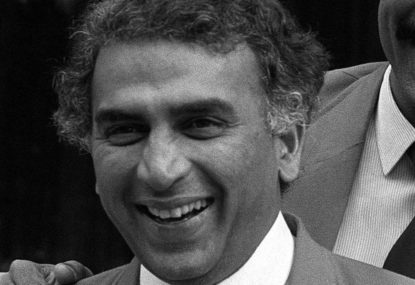