With Ange Postecoglou likely to have said farewell to the national coaching job this time next month, FFA need a change of strategy and philosophy. Forget hiring a replacement from overseas – forget even hiring a football coach!

There are a plethora of local, world-championship winning coaches in other sports that the football team should be mining for expertise.

Australia have world-championship hockey and swimming coaches, and a domestic roster of unbelievably successful coaches that would be the envy of any other league on the planet.

How many other salary-cap restricted leagues can boast Wayne Bennett, Craig Bellamy or Alastair Clarkson? These are coaches to whom the concept of failure simply doesn’t exist.

And it’s not just wins and losses, defence and attack that judge a good coach. We need one to pull out a great speech, one who can blame the ref, one who sledges, one who has full support of the boys etc. Only then can Australia seriously entertain the idea of winning the cup.

Why shouldn’t football utilise every opportunity it has to succeed?

Let’s not pick just a football coach, but a crack team of coaches to drive the team to success.

Let’s be like Swiss politics: not one president, but eight! But why have eight, when you can have a neater eleven! Eleven individuals, each champions for a particular facet of coaching that the Australian football team needs.

1. Defensive coach
Paul Roos. How could it be anyone else? The current team have serious defensive issues, leaking crucial goals at the most terrible times of the match. Under Roos, this would no longer be a problem.

The grand architect of the flood is desperately needed to patch up, reinforce and barricade the defensive lines. Picture all 11 Australians routinely in the box!

Australia just aren’t putting enough goals into the next and Clarkson can introduce the Clarkson cluster into football – namely, keep the midfield protected while making a direct line to the goal – and watch the goals flow.

He’s also a vital pick to counter Roos, who would forget to coach his team the essential art of goal scoring.

3. Bring the best out of the boys coach
Craig Bellamy. The current problem with the Australian team is that many are simply not as good as the previous generation of Socceroos. Since none would have walked into the starting XI that Australia took to Germany in 2006 (Tim Cahill aside of course), we need Bellamy.

At the Storm he has continually managed to develop talent rejected by other teams and turn them into premiership and individual-accolade winning stars. Imagine what he can do with this football team? Robbie Kruse may even develop the use of his left foot if he is going to be a left winger. 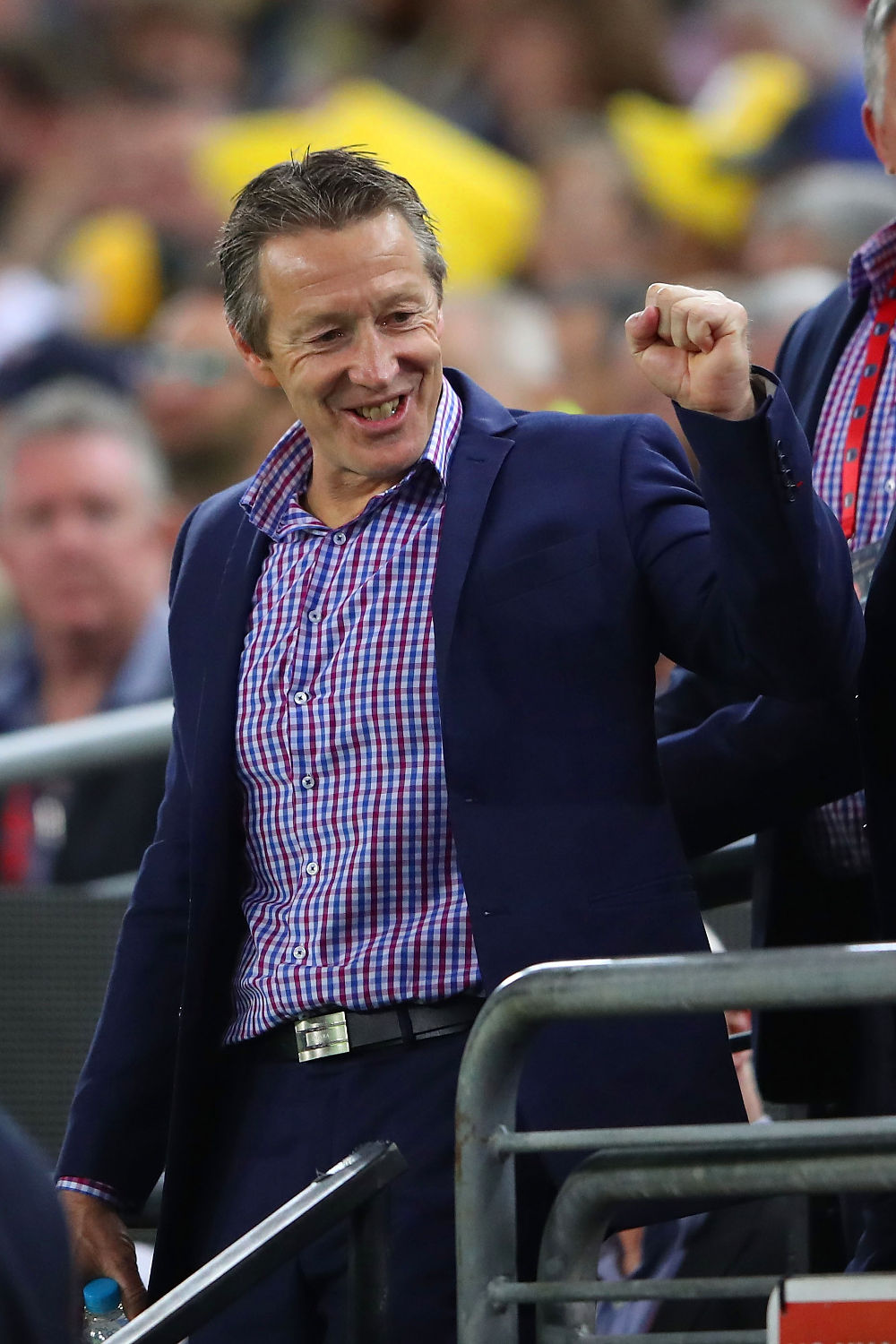 4. Don’t choke coach
Don Talbot. This man is, by far, the most successful Australian national swimming coach ever. Yes, he was blessed to have Ian Thorpe and Grant Hackett there to ensure the gold tally was topped up nicely, but subsequent coaches have had a plethora of world champions and record holders, only to walk away with nothing come Olympics time.

Talbot ensured there was no choking under pressure or getting overcome by the big stage. There is no bigger stage than the World Cup, and no better-qualified individual to negate that.

A little bonus is that Talbot can make sure they swim safe in the warm-down pool as well. Shut the gate!

5. Tactical barb coach
I wanted to call this the ‘mental disintegration’ or ‘sledging’ coach, but feel that may be a little too brusque. Either way, look no further than Steve Waugh.

He practically perfected the targeted sledge and Australia are going to need to draw upon this reserve when we are inevitably drawn into the group of death and need more than just football talent to get into the knockout stage.

George Gregan was unlucky to not get in this role, as few have had the gumption to sledge the All Blacks and back it up.

6. Chips are down coach
Ron Barassi. Down at halftime? All hope is lost? Booking an early plane flight home? Send in Barassi and see a miraculous, come-from-behind victory.

We’ll need that if we play Germany.

7. Unorthodox style coach.
John Buchanan. The man who introduced sports science to cricket and presided over the most successful period Australian cricket has ever known.

How more unorthodox can a cricket coach in the football team be?

8. Loyalty coach
Laurie Daley. The last thing Australia need is disunity, division and disenfranchisement. Do you want a coach at a press conference throwing you under a bus for non-performance, or for skipping a training session, or getting on the juice the night before a big game? No. You want someone who will defend you with their dying breath, and live in a completely deluded bubble about your abilities and personality.

9. Ref blaming coach
Ricky Stuart. This job could be performed by an impressive sub-panel of locals, as it is the national sport to immediately blame the referee or umpire in the immediate aftermath of a loss, then retract the comments later to mitigate the financial penalty imposed. However, only the true champion ref bashing coaches stand their ground and still insist the refs are poor three to four days later.

After an exhaustive elimination process, the shortlist was narrowed down to Des Hasler and Ricky Stuart (rugby league is a world leader in this profession). Neither cede a centimetre at a post-match press conference, or subsequent mid-week presser at the training grounds. I’ve picked Stuart, because there is no other coach around that would still blame the refs even after one of his players doesn’t get sent off for a late swinging arm.

10. Against all odds coach
John Bertrand. You need someone at the helm who isn’t given a snowflake’s chance in summer. Someone who will win because they aren’t expected to.

You need to do it in a sport Australia has never had any embedded success in. John Bertrand, come on down.

11. The naturalised Aussie
Brian Goorjian. Perhaps the most forgotten coach in Australian sporting history, the man’s record is insanely good, with six premierships from 13 grand final appearances (in fact, why Collingwood never hired him is a mystery).

He’s also a proven winner in a sport that uses a round ball that needs to be propelled into a net. Can’t see why he couldn’t transition to football.

And the panel needs a token foreign-born Aussie to reflect our proud multicultural traditions.

Finally, after that crack panel of elite coaches has developed a super squad, revert back to a single head coach structure by appointing Mal Meninga to shepherd a team of superstars to continued success.

Did I miss anyone?