In a recent interview with ABC Radio Usman Khawaja questioned the ‘chop and change’ attitude of Australia’s selectors, claiming that it has created “a lot of instability in the team.”

While Khawaja’s own interests may have influenced his comments, his point is certainly valid, and should also be considered before and during the upcoming Ashes series.

In Australia’s top seven, for example, only Steve Smith and David Warner have been assured of their spots in the Test team over the past couple of years. In fact, of the top seven that was selected against New Zealand in Brisbane less than two years ago, only Khawaja, Smith and Warner are likely to start in the first Test against England.

This period has seen the likes of Usman Khawaja, Shaun Marsh, Nic Maddinson, Glenn Maxwell, Hilton Cartwright, Mitchell Marsh, Callum Ferguson and Joe Burns all be selected and then dropped on at least one occasion.

In these two years, Australia have at times looked superb, such as that very series against New Zealand, which banished the hurt of the previous Ashes, or indeed in India – where for a while it seemed as though Australia could manage a highly improbable series win.

But then there have also been some more dire results. These include Australia being whitewashed by a similarly inconsistent Sri Lankan side, and of course their drubbing in Hobart to the hands of South Africa, which alone caused a mass exodus from the side.

This chaotic approach to selecting also fails to acknowledge Australia’s last Ashes win, where Australia played the same 11 throughout the series.

This, of course, is partly due to the fact that when a team is playing so well they can afford to carry players who are struggling for form. Not to mention that it seems unlikely Australia’s current bowling line-up will all make it to the Gabba without an injury, let alone get through the entire series. 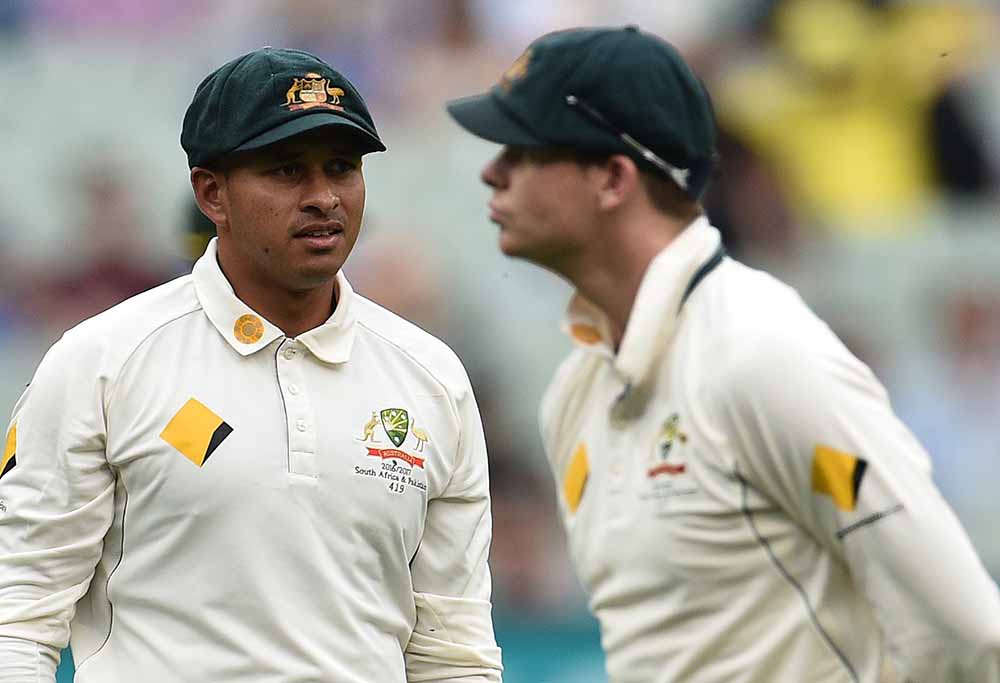 Yet the consistency in selection also helped bring about results. Chris Rogers is a particularly good example of this. Rogers struggled a great deal in the first three games of the 2013-14 Ashes, and had the series still been on the line he may have been dropped.

But instead the selectors persevered with Rogers, and he went on to make hundreds in the next two Tests.

However Rogers’ contribution went beyond those two games, as from that stage to the end of the next Ashes series when Rogers retired, he and Warner formed one of the most successful opening combinations of the time.

Similarly, Nathan Lyon, one of the few players who has had faith shown in him the past few years, has rewarded the selectors with increasingly consistent performances.

Lyon has struggled in Asia for much of his career, but in the recent two-match series against Bangladesh, he claimed an incredible 22 wickets. This was likely a result of the cumulative experience he now has in bowling in sub-continent, which is a consequence of his continued selection.

Yet on the other hand, in the four Tests Australia played in India, and the two they played in Bangladesh, Khawaja only featured in the side once, despite being in good form before the tours.

Khawaja will, therefore, walk out to bat at the Gabba with little recent Test cricket under his belt, and the knowledge that his place in the side is far from safe. These sort of conditions are far from optimal for, yet they are experienced throughout the squad to varying degrees.

Australia’s selectors should subsequently show more patience with their team when picking players for the Ashes series and beyond. This does not guarantee a series win, but it does ensure the team performs more consistently, and ceases to be in a constant transitional phase.