The pedigree of foreign players is unprecedented and the football has at times been exhilarating, suggesting this season of the A-League could be the most entertaining yet.

It was no surprise to see foreign names on the scoresheet yesterday, as Dutch midfielder Wout Brama opened his account for the Central Coast Mariners, while Irish duo Andy Keogh and Roy O’Donovan were also on target for their respective clubs.

Keogh and O’Donovan both know the league well – the latter is now top of the goal-scoring charts and seemingly loving life at the Newcastle Jets – while Brama looks a real find for a Mariners side unlucky to have collected just a solitary point thus far.

If Spanish striker Asdrubal had managed to get on the end of a Kwabena Appiah cross early on for the Mariners in their 2-1 defeat to Perth Glory at nib Stadium, the complexion of the game would have looked very different.

Nevertheless, with Dutch midfielders Brama and Tom Hiariej joining a couple of Spaniards in Asdrubal and new skipper Alan Baro, Mariners coach Paul Okon looks to have got his recruitment of foreign signings spot on.

It’s the same across the board in an A-League suddenly brimming with high-quality foreign stars, with Adelaide midfielder Johan Absalonsen, Melbourne Victory’s exciting Leroy George and Western Sydney’s Spanish trio of Alvaro Cejudo, Raul Llorente and Oriol Riera all proving key for their new clubs so far.

And the quality of the foreign signings is having a knock-on effect and helping to lift the standards of the local talent, with the likes of Adam Taggart, Dimi Petratos and Mitch Austin all providing telling contributions in a genuinely enthralling round of football this weekend.

Both Taggart and Petratos scored superb winners for their respective outfits, and few could begrudge the likes of Perth and Newcastle enjoying their resurgence, with the two former National Soccer League clubs looking capable of mounting a serious finals challenge this time around.

The same can be said for Melbourne City – now the only team to have collected maximum points after three games, following their 1-0 win over Wellington Phoenix on Saturday afternoon. 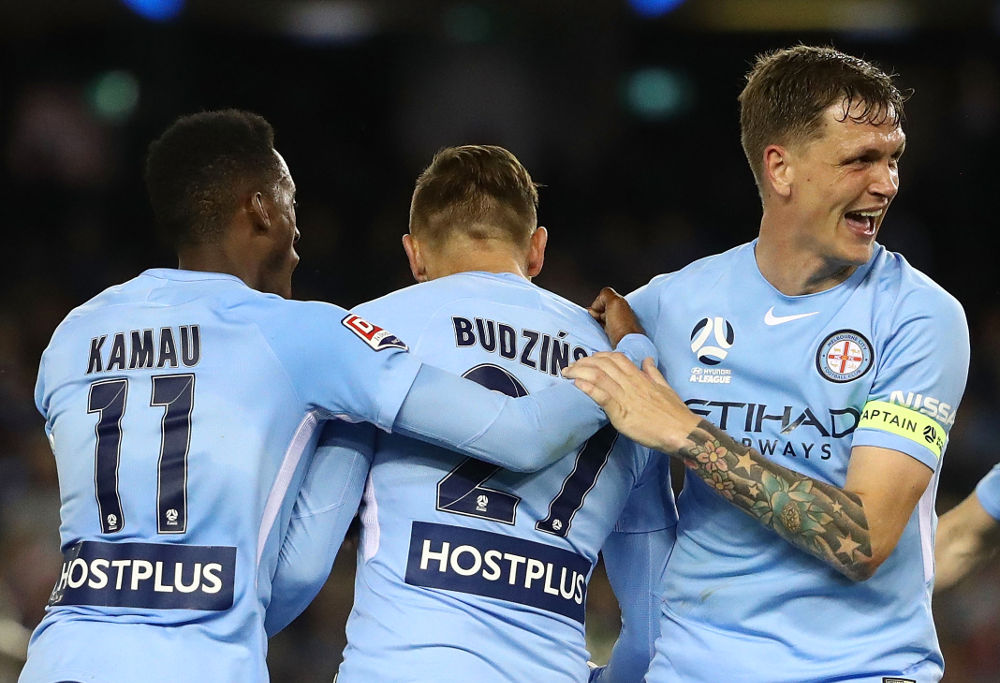 They made hard work of it at times, before ultimately prevailing thanks to Ross McCormack’s clever free-kick, and the on-loan Scottish striker looks a class above the usual calibre of imports to pitch up on these shores.

That’s probably what you’d expect from a player who has scored almost a hundred goals in the Championship, but then undoubted talent hasn’t always translated to instant success in the A-League.

But McCormack looks like he’s going to settle in just fine at Melbourne City. Are they missing Bruno Fornaroli? Maybe not.

Yet perhaps the most overlooked foreign signings in the A-League is one of the biggest influences on his club – Sydney FC’s criminally underrated Brazilian striker Bobo.

I was at the Sydney derby on Saturday night and watched the Brazilian closely as he coolly converted a crucial penalty and set up Josh Brillante for the Sky Blues’ equaliser.

It isn’t just that Bobo always seems to deliver when his team needs him most – how badly would Graham Arnold have preferred the Brazilian to be on the end of that stoppage-time cross instead of Matt Simon? – it’s that he constantly drags defenders away from space and brings his teammates into play.

No wonder he excelled in the volatile confines of Turkish football. Yet Bobo will invariably be overshadowed by his more illustrious teammates Milos Ninkovic and Adrian Mierzejewski once again this season.

That’s not a major concern though. The simple fact is the A-League suddenly has a plethora of exciting foreign players spread across all ten clubs.

We should thank our lucky stars – and, of course, our scouting departments – that they’re here.

We want the A-League to be exciting. On the evidence of the first three rounds, that’s not going to be a problem this season.