Predicting England's XI at the Gabba

Ben Stokes is the best all-rounder in the world.

Immensely talented across all formats of the game, he possesses a rare capacity to change a Test match in a session or two. He has been a lynchpin of English cricket for the last few years. However, his questionable selection status is threatening England’s plans of retaining the coveted Ashes trophy.

While inexperience in their top order was debated as their weakness, a well-oiled middle and lower order gave England a strong chance of defeating Australia. The Stokes- Bairstow-Ali trio was touted to be crucial for England’s chances in this tournament.

They were brilliant as England retained the Basil D’Oliveira Trophy against South Africa earlier this year, and the same was hoped from them down under, but Stokes’s Bristol brawl and his subsequent suspension threatens to derail England’s campaign.

Yes, Steven Finn offers a good cover and England still have enough firepower to better Australia, but they are without a world-class player, perhaps their best in terms of pure talent. While Kevin Pietersen, Ian Chappell and others have written England off, players like Moeen Ali remain upbeat.

So, what will England’s likeliest XI be for the first Test in Brisbane?

1. Alastair Cook
Age: 32, Matches: 147, Runs: 11629, Average: 46.33, 100s: 31, 50s: 55
There is no better cricketer to lead an inexperienced batting line-up than Alastair Cook. The only real threat to Sachin Tendulkar’s incredible Test tally, Cook boasts wonderful statistics. He also seems to have got his touch back after relinquishing the captaincy.

Cook’s performances will be crucial in England’s bid to retain the Ashes. While his catching is worrisome, the opener is an irreplaceable member of the English team. This tour might be pivotal in cementing him as one of the greatest batsmen in cricket history.

Coach Trevor Bayliss and Cook are said to be impressed with Stoneman’s work ethic and selectors have given him the nod ahead of Keaton Jennings. He might be ‘young’ in international cricket, but brings an experience of over 9000 runs in the county circuit. Stoneman needs to be a competent partner for Cook if England want to rack up big totals.

However, a lean patch followed where his shuffling back-foot technique was exposed. He was even deemed ‘unselectable’ for the English Test team. However, skipper Joe Root likes him and Ballance is coming off a strong country season where he scored nearly 1100 runs.

As eyebrows have been raised about his selection in the squad, Ballance must perform well to justify selectors’ faith and cement his position in the team. 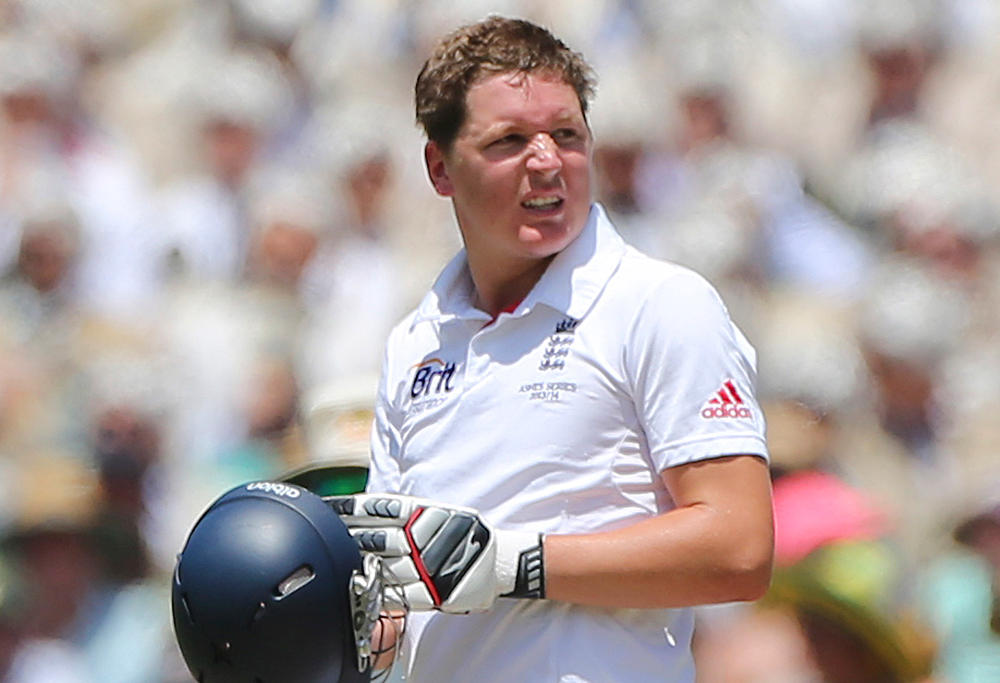 4. Joe Root
Age: 26, Matches: 60, Runs: 5323, Average: 53.76, 100s: 13, 50s: 32
Joe Root is one of the best batsmen in cricket today. Fluent across all formats of the game, the English captain boasts impeccable numbers. He was never a heavy scorer in the domestic circuit but his systematic approach, ability to preserve his wicket and maturity about his game made him rise above his fellow English batsmen.

He started his career as an opener with limited success and his faulty back-foot technique was exposed by the Australians during the 2013-14 Ashes. However, he worked on his game and eventually scored a whopping 2228 runs across all formats in 2015 – the highest by any batsman.

The only debatable limitation of his batting is his inability to convert 50s into 100s (what sets him apart from Virat Kohli, Steven Smith and Kane Williamson). If he can covert his 70s and 80s into big scores, England might conjure up big totals in the upcoming series.

Joe Root has come a long way since his debut and is the most important player in England’s bid to retain the Ashes.

5. Dawid Malan
Age: 30, Matches: 5, Runs: 189, Average: 23.62, 100s: 0, 50s: 2
This can be a spot of concern for England as Dawid Malan must perform well to justify his selection. Malan is much better than his international statistics suggest and should back his talent up with good performances during this series.

Malan is a flamboyant stroke-maker, but receives a constant criticism of soft dismissals and throwing his wicket away cheaply (evident during recently concluded West Indies series). However, his sound back-foot technique can be an asset on Australia’s bouncy pitches.

He needs to build on his starts and, in the absence of Stokes, will have an added responsibility to provide a sizeable contribution in the middle order. Like Ballance, this can be an important series for Dawid Malan’s Test career as he looks to cement his spot in the longest format of the game.

6. Jonny Bairstow
Age: 28, Matches: 45, Runs: 2824, Average: 39.77, 100s: 3, 50s: 17
Possibly the most improved cricketer over last 18 months, Jonny Bairstow has dug England out of a hole more times than he would have liked in recent years. With Stokes and Moeen Ali, he is a part of Test cricket’s best middle order today. A feisty cricketer, Bairstow possesses an elegant respect for the game.

While his glovework has been criticised, Bairstow’s wicketkeeping has improved a lot in last year-and-a-half. He may have to improve his brilliant performances as he looks to fill the void left by the absence of Stokes. England might be tempted to play him as a specialist batsman so he can focus more on his batting, which explains the next entry in the list. 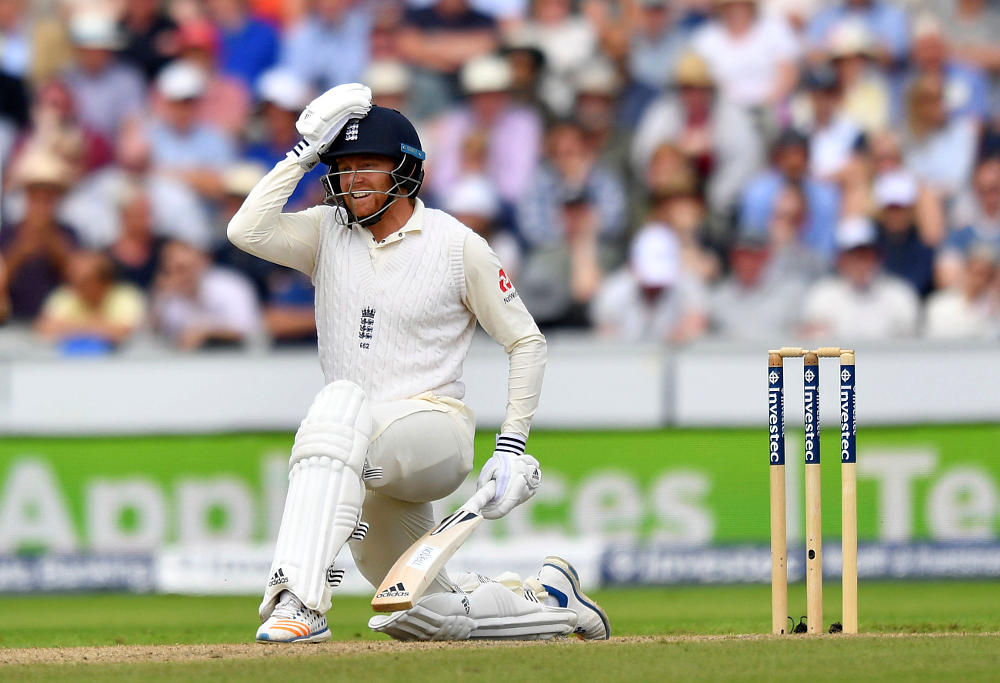 7. Ben Foakes
Age: 24, Yet to debut in international cricket
Picking an uncapped player for the first Test in front of a packed Gabba might not be the wisest option but Ben Foakes might be an exception. With Stokes not available, there might be a three-way competition among James Vince, Craig Overton and Foakes.

While Vince brings a strong technique to England’s batting, his brilliant wicketkeeping skills and an inclination to play Bairstow as a specialist batsman for bigger returns might mean that Foakes debuts in Brisbane. He is good with the bat as well, as he averaged a fraction under 48 in the last county season for Surrey.

However, it’s his glovework, touted by the legendary Alec Stewart as the best in the world, which is what might give him a chance to play in the first Test.

He has been England’s number one spinner since Graeme Swann’s sudden retirement. He possesses a good doosra, a counter-attacking approach and an experience of over 10000 runs in county cricket.

However, his temperament and calmness sets him apart from others. He may not be as technically sound as those batting above him but it has been a blessing in disguise as he has embraced his role in the lower middle order. He is coming off a good series against West Indies and a wonderful series against South Africa where he became the first English cricketer since Sir Ian Botham to take 25 wickets and hit 250 runs in a series.

While Ali has been the ‘go-to’ cricketer for England, an added responsibility will be put on his shoulders in the absence of Stokes of being the main all-rounder in the squad. This series can be an opportunity for this fine cricketer to be regarded as one of the best all-rounders of recent times.

9. Chris Woakes
Age: 28, Matches: 18, Wickets: 50, Bowling average: 30.60, 5 WI: 2, 10 WM: 1
While he has emerged as one of the more promising bowling all-rounders in the game, Chris Woakes’s inconsistency has prevented him from cementing his position in England’s national team.

While he possesses stunning statistics in county cricket (5073 runs at 36.30 and 433 wickets in 127 first-class matches), his international numbers aren’t as good. Yet, in the absence of Toby Roland-Jones and Ben Stokes, Woakes has an opportunity to be a mainstay as the third paceman or an all-rounder in England’s test team.

Along with handy contributions with the bat, selectors and fans will be hoping he matches or betters Chris Tremlett’s 17 wickets in the 2010-11 Ashes which were crucial when England won their first series in Australia for 24 years.

10. Stuart Broad
Age: 31, Matches: 109, Wickets: 388, Bowling Average: 28.81, 5 WI: 15, 10 WM: 2
One of the fiercest cricketers in England’s history, Stuart Broad has come a long way since that over to Yuvraj Singh. Broad’s ‘hit-the-deck’, aggressive approach has nicely complemented James Anderson’s technical prowess for around a decade.

The second-highest wicket-taker in England’s history, Broad will be crucial for England’s fortunes. Who can forget his 8/15 at Trent Bridge in a single session when Australia were bowled out for 60 in less than 20 overs? He has not enjoyed the best of times since then, as his last five-wicket haul was in January 2016, but his ability to extract bounce from nearly any kind of surface around the world might be key during this Ashes campaign.

Another relatively underestimated feature of Broad’s game is his batting. While the short ball has been his well-documented weakness, he has mustered 2820 runs with a highest score of 169 in his Test career. 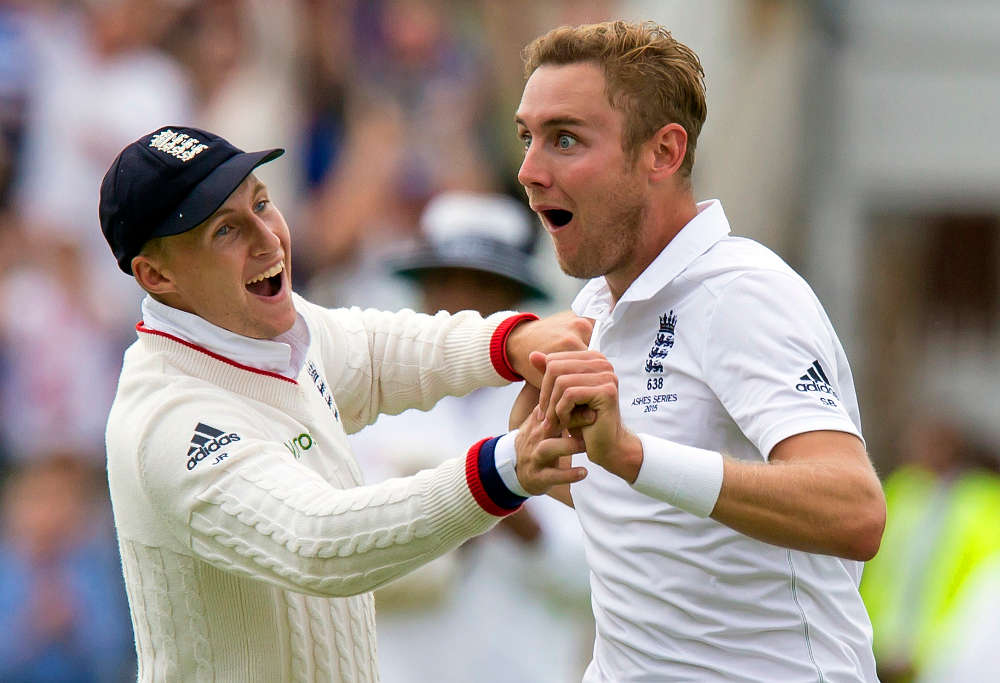 11. James Anderson
Age: 35, Matches: 129, Wickets: 506, Bowling Average: 27.39, 5 WI: 24, 10 WM: 3
James Anderson has proven himself as the best bowler in England’s history. Being instrumental in three Ashes victories to date, a great deal of England’s Ashes hopes will lie on his shoulders. He is just the third paceman after Glenn McGrath and Courtney Walsh to cross the 500-wicket mark and is not slowing down.

While his line and length and bowling technique have been his strengths, there is a contrast in his home and overseas statistics. While he has often been unbelievable in England’s swing-friendly conditions, only 171 of his 506 wickets have come in overseas matches at an average of 33.46.

However, he has been a handy batsman as well, who has been used as a competent night-watchman time and again. This series is an opportunity for Anderson to defy his doubters and go down as one of the very best bowlers the game has seen.