Back to the future for the Wallabies back row

In last Saturday’s win over the All Blacks, the Wallabies’ back row stood tallest.

Jack Dempsey was industrious after a few initial mistakes, Sean McMahon was a man possessed, and Michael Hooper was typically inspired.

It says a lot when Hooper is outshone, but the other pair were on another level.

Dempsey got a worthy nod for man of the match honours, but I’d have picked McMahon. His work at rucks, on defence and in attack asserted so much pressure on the All Blacks.

There were three key moments that really typified McMahon’s game and they all happened, tellingly, in the last 15 minutes of the match.

The first was in the 66th minute, when the Kiwis peeled off the back of a lineout 20 metres from the Wallabies’ line. Codie Taylor hit it up from the first ruck and McMahon pounced to hold him up and rip the ball away, leading to a pressure-relieving clearance.

The second was just two minutes later, in the 68th minute, when McMahon burst 40 metres up field at a time when his side were again under pressure in their own half. He broke three tackles, and it took another two to bring him down.

The third happened in the 73rd minute, when a loose lineout throw by Stephen Moore went over the back. The ball bobbled and sat up as Damian McKenzie flew through to gather. Then, out of nowhere, McMahon slid through on his knees in act of pure bravery to snatch the ball out of McKenzie’s waiting arms. Just superb.

His desire and workrate really set him apart. He is not the biggest back rower going around, but he just wants it more when out on the field, and that is why he will be so sorely missed when he heads to Japan.

McMahon signed a two-year deal to play in the Japanese top league earlier this year and really, I don’t blame him. He is young and this is a chance to experience rugby outside the pointed environment in Australia, as well as set himself up financially. Also, at the end of last year and the start of this year, we didn’t really know if McMahon would be a certain starter in the back row.

This is where Michael Cheika’s selection policy has its downside – with so much switching and tinkering going on between just about every game over the last two years, players like McMahon didn’t know if they would even have a spot come 2019. This left the door open for McMahon to take the sure option for his long-term financial future over a half a promise to be in the team.

Surely Cheika and the ARU will try get McMahon back before 2019, but until something changes he has a slim chance of being in the team come the World Cup.

Even in the short-term, McMahon has proven that he can match it with the best and the Wallabies’ 2018 Rugby Championship and Bledisloe Cup campaigns could only be improved with his presence. 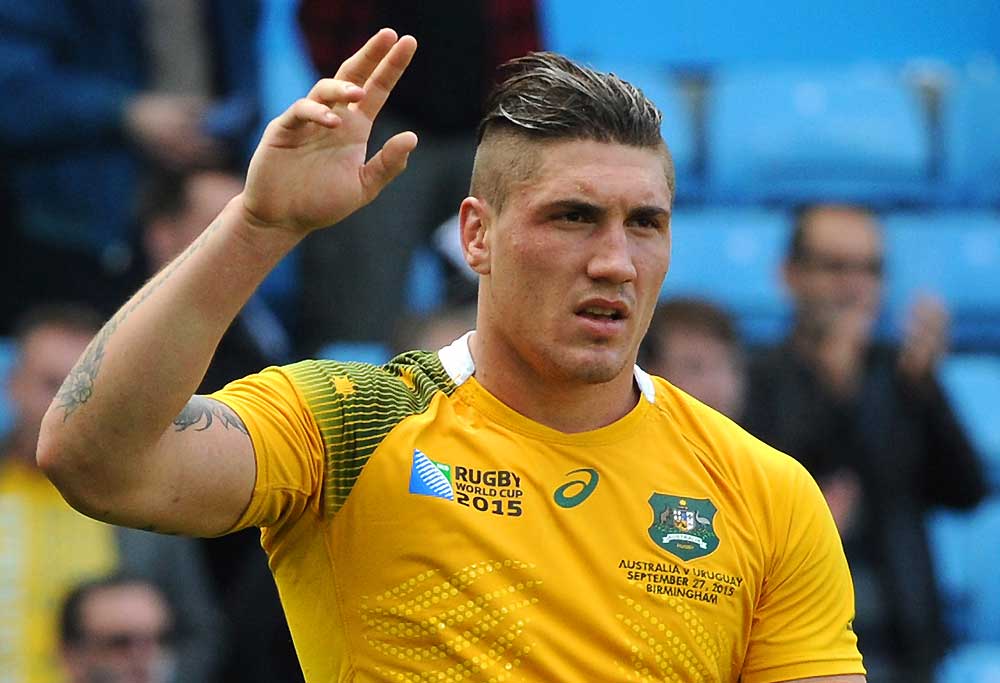 This takes us back to the same question we have been asking for years: what is Australia’s best back row?

Obviously, Hooper, Dempsey and McMahon are now number one, but with McMahon’s exit and David Pocock’s imminent return, we will be hearing eerily similar opinions as we did in 2015 and 2016.

Is Pocock someone you can leave out of a starting side? If not, where does he fit in? Could we see him back at number eight as part of the much-maligned ‘Pooper’ combo?

We could see a back-to-the-future back row involving Hooper and Pocock, but Australia need to focus on developing more depth, and at 6 and 8 there is no real specialist – ‰ven if McMahon has been excelling.

Options like Lopeti Timani have been tried, but no one has made the jersey theirs and this should worry fans.

The win on Saturday showed the effect of a fast, mobile and committed back row, which is critical to Cheika’s gameplan. Hooper, McMahon and Dempsey threw everything into cleanouts, hit ups and runs. Whenever they were on the ground, they got up immediately and never backed away from hard work.

Cheika’s game is all about speed – speed to the breakdown, speed off the ground, and speed out of the line in defence. Having a smaller, more mobile back row means they can operate faster than the opposition, which translates to more opportunities in attack – you just have to be accurate and committed, as the Wallabies were on Saturday night.

You wonder if Pocock has the speed to play this type of game. While he’s one of the best over the ruck in the world, he is not the quickest over ten or 50 metres – but really, you can’t leave a weapon like him out.

Pocock may well start again in the Wallabies back row but perhaps he should be used off the bench, when forwards start breathing in the big ones?

Whatever happens, there is one sure thing the Wallabies need to do: get. McMahon. Back.