Karmichael Hunt’s professional rugby league debut for the Brisbane Broncos, in Round 1 of the 2004 NRL season, was a seminal moment for touch footy enthusiasts in Queensland.

Not only did he play with poise and maturity beyond his 17 years while replacing the best fullback in the world, Darren Lockyer, he unleashed a series of devastating ‘kangaroo’ steps that were copied, mostly unsuccessfully, in PE lessons and Thursday night mixed touch comps throughout the South-East.

Hunt has packed so much in to his career in the intervening 13 years that it seems scarcely believable the bloke is only 30 years old, and his new rock’n’roll hairstyle debuted this year has only added another layer of re-invention and intrigue, possibly a result of his previous dalliances with the, shall we say, ‘rock’n’roll lifestyle’.

To be honest when he signed for the Reds at the beginning of 2015 I had forgotten he existed, save for a half-remembered memory of him kicking an after-the-siren winning goal in AFL, as to me he was still the youngster only a few years removed from dominating GPS rugby at Churchie in Brisbane, sidestepping his way through NRL defences for the Broncos, Queensland and Australia.

Then again I still think 2004 was only a couple of years ago and that Franz Ferdinand, The Streets and The Killers are still cool, relevant, and a soundtrack to life.

Perhaps the most important part of Karmichael’s career so far lasted only seven months, from November 2009 to May 2010, where he played for Biarritz in the French Top 14. Despite not having played union since high school, Hunt thrived in the unique environment that is French top flight rugby, and the fact he scored the only try in the 2010 Heineken Cup final at the Stade de France (albeit in a losing effort) from inside centre suggested a fruitful future in the 15-man game.

Alas he had already committed to his ultimately ridiculous AFL sojourn by then, but here we are now, debating his best position for the Wallabies and getting people excited by his potential to solve a myriad of backline conundrums. 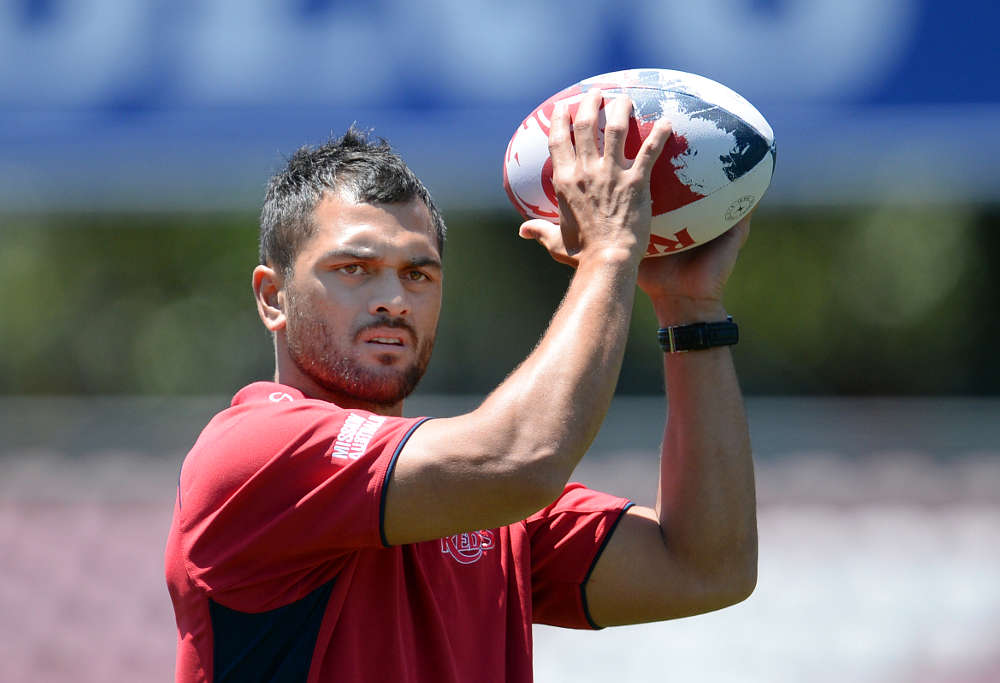 The loss of Matt Toomua to Leicester Tigers was an under-estimated blow for the harmony and synchronicity of the Wallaby backline, as his tough tackling and exceptionally clean distribution made him a vital anchor.

Hunt showed glimpses that he can step in to that role in his cameos for the Wallabies in June, and between him, Kurtley Beale and Bernard Foley there should be enough between the three of them to replicate the effectiveness of the George Ford-Owen Farrell axis for England.

Hunt’s selection at fullback for this weekend’s Barbarians game also indicated where Cheika intends to utilise him for the Spring Tour, as his kicking and defence is exponentially better than most other previous rugby league converts, and it is that versatility that ensures he should be a vital cog come 2019.

Most people I’ve spoken to are eager to see how Karmichael gets on in the next month or so, myself included, as it feels like the beginning of the final act in a dramatic career that has taken him from the highs (both metaphorical and literal) to the abyss, and truth be told it feels like Round 1 2004 again, as he is the name on everyone’s lips.

A few classic sidesteps thrown in for good measure this weekend would top it off, and watch the ACL injury rate soar among the touch fields if that’s the case.