Who makes my Ashes combined XI?

The Ashes are now just three weeks away, and it seems both nations are still far from certain about their best starting eleven.

Focusing on the parts of the sides that are still up for contention can draw attention to the weaknesses in the two sides. This combined eleven therefore seeks to show that there is still a great deal of talent shared between the teams despite their respective frailties.

At present, Warner makes a strong case for being considered the best opening batsman in Test cricket. This is not as competitive a field as it once was, as most Test teams are struggling to fill at least one of their opening slots, yet Warner’s style of batting makes him unique to any generation.

This is seen in his batting strike rate of 77.28, which insofar as openers go puts him in a league with only Virender Sehwag, whose strike rate was 82.23.

Warner’s success has had a similar impact to what Adam Gilchrist’s did, albeit not on the same scale, as other teams have sought to find openers who will similarly attack the new ball.

England are among this teams, as they seemed to have unrealistic expectations of Alex Hales when he had his run in the Test team. Hales was criticised when he played defensively, yet much of Warner’s success in the past few years has been in his ability to adapt his batting style, as shown by Warner’s terrific century in Dhaka, which he described as his ‘best’.

Cook’s statistics are truly staggering, and at 32 he could still play for a while yet.

Despite these numbers, Cook’s last couple of years haven’t been his best, averaging 42.33 in 2016, and 44 in 2017. These aren’t bad returns by any means, but for an incredible batsman in what are often a player’s peak years, they are somewhat underwhelming.

For a player who has contributed so much to his team, Cook has faced a lot of criticism, albeit significantly less since he relinquished the captaincy. Yet there is little doubt that England looks a much more opposing side with him up top.

Over the past few years Australia’s batting line-up has at times looked very shaky. Yet regardless of the strength of his fellow batters, Smith has managed to consistently churn out runs at an incredible rate.

The contrast between Smith and the rest of Australia’s batting line-up has never more apparent than November last year, in Hobart. Here Australia were infamously bundled out for 85 by South Africa, with only Smith showing any resilience, ending unbeaten on 48.

This Test not only exemplified Smith’s quality as a batter, but also saw him truly establish himself as the team’s leader, as he was probably the only person in Australian cricket to come out of the game with his reputation enhanced.

Root caps off a pretty formidable top four that have over 28,000 Test runs between them.

Root’s record at international level is impeccable, with the only criticism of him being his inability to turn 50s into 100s. However, it is worth remembering that Root is only 26, and having 13 Test hundreds at that age is actually quite impressive. 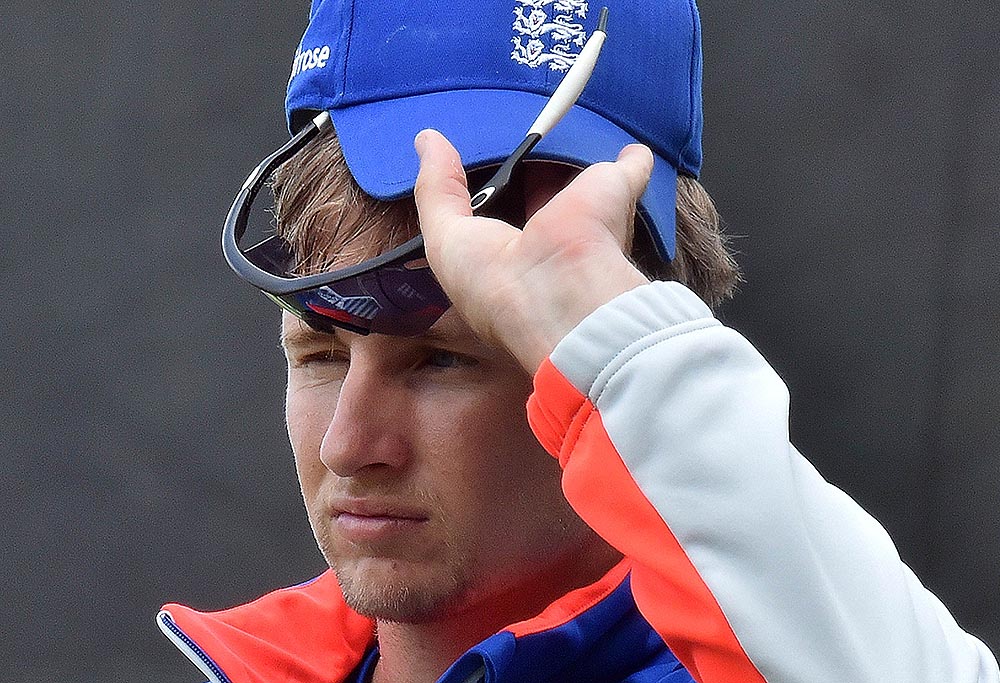 Firstly, it should be stated that if Ben Stokes’ case is resolved in an abnormally quick fashion, and the ECB are content for him to take part in the Ashes, then he will comfortably fit into the number five slot. However, for now Handscomb will certainly do.

Both England and Australia have had an intake of new batsmen of late with mixed success. Yet out of all of these players, Handscomb is the one who has made the most significant mark.

Handscomb came into the side as one of five new faces after the Hobart debacle, and has done much to impress since then with a handful of significant contributions.

Handscomb’s fielding is also worth noting, as he may only be second to Warner in terms of the best fielders the two sides have to offer.

However, after an incredible 2015 season for Yorkshire where he struck 1108 first-class runs at an average of 92.33, Bairstow managed to force his way back into the national team, and has since cemented his place in the side with a series of impressive innings.

Despite his skill with the bat, Bairstow has been criticised for being unreliable with the gloves. However, considering that the best gloveman the two nations have to offer is arguably Ben Foakes, who is yet to debut in Test cricket, Bairstow comfortably takes his place behind the stumps in this side.

This is seen by Ali primarily being in the England side as their frontline spinner, despite the fact that he has spent most his career being regarded as a batting all-rounder.

As things stand, Ali is England’s second highest wicket-taker this year, only behind James Anderson, so while it is largely accepted that Australia will target Ali, a degree of caution may be advisable.

Ali is also capable of scoring at a rapid pace with the bat, as is seen by his ODI strike rate which currently stands at 108.29. Ali therefore is always likely to contribute in some way, and will certainly help fill the sizeable gap left by Ben Stokes.

8. Mitchell Starc
Tests: 36, Wickets: 148, Bowling Average: 28.35, Best Bowling: 6-50
Starc is one of the most unpredictable players in the game. At times it seems impossible for him to land the ball in the same place twice, but at others he can produce unplayable deliveries at an incredible frequency. 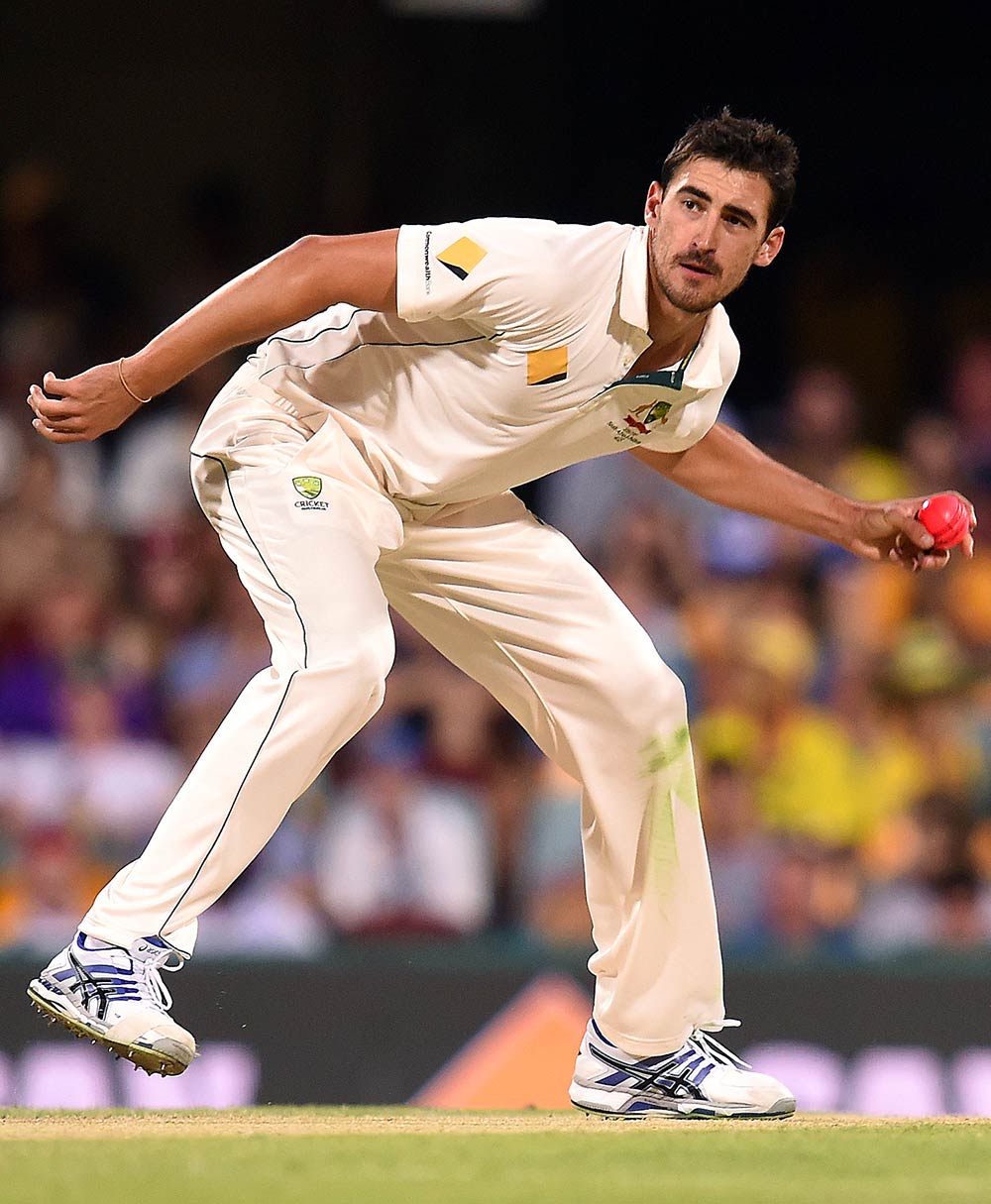 It’s hard to ignore that similar things were often said about Mitchell Johnson, whose 2013 Ashes was possibly the best individual performance in an Ashes series since Jim Laker in 1956.

Yet Starc’s 2017 has been underwhelming, having taken just seven wickets at an average of 40.71.

However, this is largely due to injuries, and if Australia can get Starc fit and firing like he was in Sri Lanka last year, he may could well end as the player of the series.

Speaking of great Ashes performances, Stuart Broad’s 8-15 against Australia in Nottingham was one of the most mesmerising displays of swing bowling in memory.

In his younger years Broad tended to be a bit like Starc, in that he could be brilliant on his day, but lacked consistency.

Since then, Broad has become a much more reliable force, while maintaining the ability to be incredible destructive. 2017 hasn’t been as good as his previous few years so far, but Broad always seems to enjoy playing Australia, and it would be little surprise to see him really hit his stride in Brisbane.

With Ali in the side there was the possibility of picking four pacers, but after his magnificent tour of Bangladesh, Lyon has certainly earned his place.
This tour was something of a watershed moment for Lyon, as he had previously struggled in Asia, only to take well over half of the wickets Australia claimed in the series.

Lyon is currently averaging 21.95 with the ball in 2017 despite having faced opposition like India, Pakistan, and Bangladesh, who are all very adept at playing spin.

Furthermore, while overseas bowlers tend to struggle a great deal in Australia, Lyon has found a way to consistently pick up wickets at home, utilising the bounce the pitches offer to compensate for the lack of spin.

Lyon could therefore be an unexpected threat to England, particularly considering the amount of left-handers in England’s squad.

As England’s highest wicket-taker of all-time, and one of the great swing bowlers of his generation, Anderson is an easy pick for the number 11 slot.

Now 35, Anderson is into his 15th year of Test cricket and still seems to have plenty left to give. In fact, 2017 has been one of Anderson’s best years yet, as he has taken 39 wickets at an average of just 14.10, taking 7-42 in his most recent Test against the West Indies. 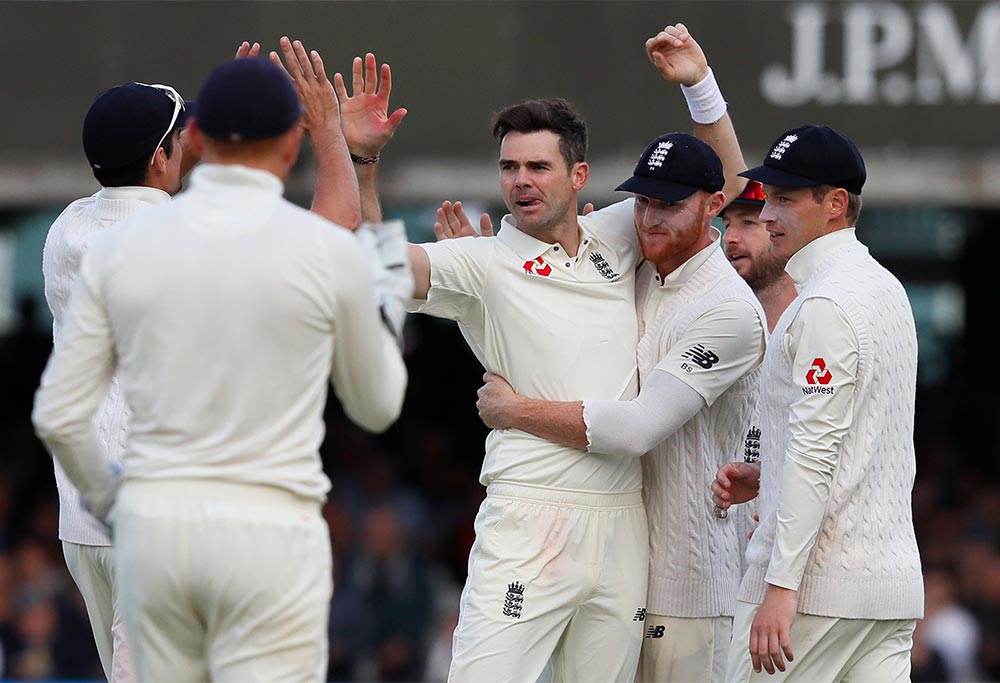 Anderson’s threat largely lies in his ability to swing the ball both ways, which will certainly be an interesting Test for the more inexperienced players in the Australian team.

Together with Broad, Anderson has formed one of the most deadly and enduring bowling combinations in the modern game, with the duo having almost 900 wickets between them.

Hazlewood is certainly unlucky to miss out on the eleven. Since his debut in 2014, Hazlewood has averaged under 30 with the ball in all of the four years he has played Test cricket.

Hazlewood then only misses out for a couple of small reasons. The first being that he lacks the experience of the other bowlers, though he only has a few less Tests than Starc.

The second is that he is probably the weakest fielder of the five, as all of Broad, Anderson, Lyon and Starc are very strong representations of the way bowlers can be excellent fielders in the modern game. Hazlewood isn’t a liability in the field by any means, but he is not at the same level as the others.