It's early but Hawks and Kings' seasons are on the line

The Illawarra Hawks won big on Friday night in Brisbane. The Sydney Kings lost big in Perth. Now they meet on Sunday for the third time in five rounds to open the NBL season and the loser will have some soul searching to do.

Coming into Friday night’s Round 5 NBL action, it’s fair to say the Hawks were feeling the pressure following last Sunday’s overtime loss at home to the Kings to slip to 1-5.

Given four of those six games have been on the road it’s not completely disastrous, but with three road games to come before they return to Wollongong the heat was on heading into Friday night.

The Hawks made the trip to Brisbane and blew the Bullets away winning 112-81.

On the other side of the country, the Kings made the trip to Perth heartened after Sunday’s win. But that positivity wouldn’t last with the Kings coughing up the game’s first nine points before losing by 24.

That sets the stage for Sunday at the WIN Entertainment Centre with the Hawks hosting the Kings with plenty on the line even if it is still early in the 2017-18 season.

The Hawks head into the clash 2-5. If they can win and improve to 3-5 having had three home games, that’s not too bad all things considered.

Sydney is 2-5 as well and similarly the Kings have only played home twice in those first seven games. A win to be 3-5 would be a good effort considering they still have glaring roster problems and are without superstar Kevin Lisch. 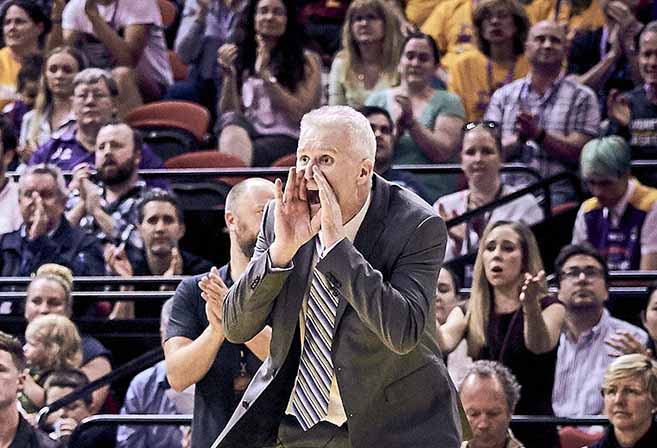 Then there is what a loss would do. Coming off Friday’s massive effort in Brisbane, it would be the ultimate let down for Illawarra to return home and lose to Sydney for a second time within a week. The Hawks just can’t let that happen.

For Sydney, most people will be expecting them to come up short. The trip back from Perth is significantly tougher than Illawarra’s from Brisbane not to mention the confidence sap that the Kings would have felt, particularly import guard Travis Leslie.

The Hawks need to win and if they do they can consider their start to the season as not as bad as it looked after last Sunday. A win on Sunday would be a great bonus for the Kings and while a loss puts them a lot behind the eight ball, at least it won’t be unexpected.

Both teams have significant milestones to celebrate on Sunday as well.

Kings guard Jason Cadee, who has had to step up into being the team’s point guard in the absence of Lisch, will reach game No. 200.

His story is a fascinating one when you factor in a terrible car accident that almost derailed his professional career before it even started. But after stints with the Gold Coast Blaze and Adelaide 36ers, he has settled with the Kings since the 2014-15 season.

To reach 200 games is a tremendous achievement from the guard. While he didn’t have a great in Perth on Friday, he had 21 points and eight assists last Sunday in the win over the Hawks. He’ll look to do something similar this Sunday.

The Hawks too have a big milestone to celebrate with their own point guard Rhys Martin reaching NBL game 250. His career began with the championship-winning Brisbane Bullets back in 2007-08 and ever since he has been at Illawarra.

Sunday will be his 234th game with the Hawks and 250th in the NBL. Along the way he has been among the most tenacious and consistent point guards in the league on top of a terrific leader. He has been part of Hawks grand final teams in 2010 and 2017.

The Kings losing in Perth on Friday night was no great surprise. They have lost all 14 games there since returning to the league by an average of almost 20 points. But the fact that Sydney was never in the game was a cause for concern.

Cadee, Leslie and Jeremy Kendle are all better as two guards but the Kings simply don’t have a genuine one man and playmaker on their team.

When Leslie is then shutdown by Damian Martin and held to two points on 1-of-9 shooting with Cadee also scoring just three points on 1-of-7, and the Kings are never going to win with those numbers.

Humphries did show some good signs and Perry Ellis fought hard, but that was about it in terms of positives.

Despite that, Kings coach Andrew Gaze was relatively upbeat after the game that his team isn’t too far away from improving even with Lisch still a month away from returning from a calf tear.

“Strangely enough, and this is going to sound ridiculous after what you just witnessed, but I don’t think we are as far off it right now as the margins would indicate,” Gaze said.

“We are practicing really well. Our intensity levels, commitment and the way they are getting behind each other in the practice environment are all really good. I love going to practice and I love the work we are doing, and the volume of work is reasonably high because I think we need it.

“They are buying in and that’s encouraging. I think that this can turnaround quickly, but we’ve got a bit of work to do and we have to acknowledge that. We are in this situation now where we just have to keep on working as hard as we possibly can.

“We have a game on Sunday and it’s an important game for us. We need to hang on and be there abouts once we get through this heavy road schedule.

“It’s difficult to talk about Kevin because people assume you are making excuses as well, but there’s no way to hide it. My goodness, we miss Kevin.”

Hawks big man AJ Ogilvy was one man put under the pump during the week after his team’s tough start to the season.

But the three-time All NBL centre responded in his 100th NBL game on Friday night with 14 points, nine rebounds, four assists and four blocked shots. 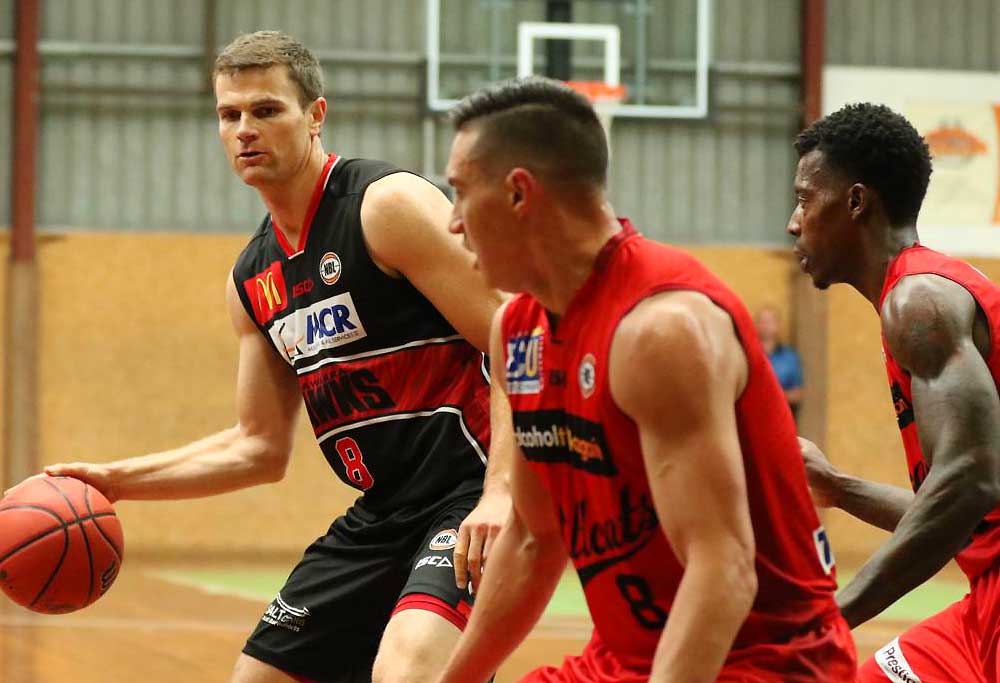 What was most pleasing was the amount of contributors the Hawks had though. Oscar Forman hit five threes for 18 points while Nick Kay found form with 19 points and five assists. Demitrius Conger added 18 points and six assists too.

Even before the game, he was confident the Hawks could get their season back on track and Friday night only confirmed that.

“I’m trying to make sure that we can set this ship right on course and that we can take advantage of the team we have. I still believe we have a very talented team that can compete for a championship,” Ogilvy said.

“It was great to have that many guys back on the team and who are familiar with the system and each other. Not having to do a lot of teaching in the pre-season was good and I think DJ and Demitrius are finding their feet.

“It’s taken them a little longer than we anticipated and we all felt that we were on the same page with the guys from last year and they would absorb what we knew, but it’s taken a bit longer for us to all to adjust to each other which is understandable. Those guys are on pace now and they will continue to show what they can do over these next couple of games.”