This time Massa retires 'for sure'

Formula One’s longest retirement tour will finally reach its end with Felipe Massa’s announcement that he will hang up his helmet definitively at the conclusion of the season.

The Brazilian, who initially retired with much reluctance a little over 12 months ago only to continue racing following Valtteri Bottas’ move to Mercedes, is set to line up for 269th and final time later this month in Abu Dhabi.

In a statement Massa remarked, “I agreed to return this season to help Williams when the call came. I have now enjoyed four great years with the team, but my career in Formula One will finally come to an end this season.”

Massa, who has experienced a middling final campaign, has been vocal concerning Williams’ future direction in recent months and is perhaps a little aggrieved by his dispensable treatment by the Grove outfit. It’s a slightly underwhelming post-script to his emotional farewell at Brazil last year.

At least the 36-year-old has spared himself the indignation of compatriot, Rubens Barrichello, who, despite boasting the most starts of any driver in the sport’s history to this day, departed the sport following the 2011 season without an official announcement.

Massa will be afforded an encore send off to his home fans this weekend in Brazil ahead of the season finale, and he will be hoping for a more memorable outcome than the crash which triggered the standing ovation he received on his return to the garage first time.

Having debuted in 2002 with Sauber, registering his first point in his second start, the Brazilian rapidly attained an aggressive tag, culminating in a one-race suspension and ultimate demotion from the seat.

This proved a blessing in disguise, as he joined Ferrari as a test driver, which allowed him to mature ahead of a recall by the Swiss outfit in 2004, where he would remain for two seasons.

Replacing Barrichello at Ferrari, Massa developed greatly alongside a Michael Schumacher in his final season at Maranello, enjoying two victories and three pole positions to claim third in the drivers standings.

Flashes of brilliance, including a further three victories, weren’t enough to contend for the championship in 2007, which ultimately fell to his teammate, Kimi Raikkonen, though 2008 will forever be the season people remember the Brazilian for.

Political elements dictated that Raikkonen’s title defence was neutralised, yet Massa inherited the leading driver mantle with aplomb, appearing as dominant and assured at any point in his career.

The significance of a late retirement while leading in Hungary and a botched pit stop at the infamous inaugural Singapore Grand Prix weren’t realised until the finale at Brazil, where Massa triumphed for a second time, claiming the sixth victory of his campaign.

At the moment Massa crossed the line he was level on points with Lewis Hamilton and a champion on countback as the Briton had only five victories for the season, but Hamilton passed Timo Glock with three corners remaining to claim the title by a solitary point, leading to the heartbreaking scenes of an emotional Massa on the podium, his reputation significantly enhanced. 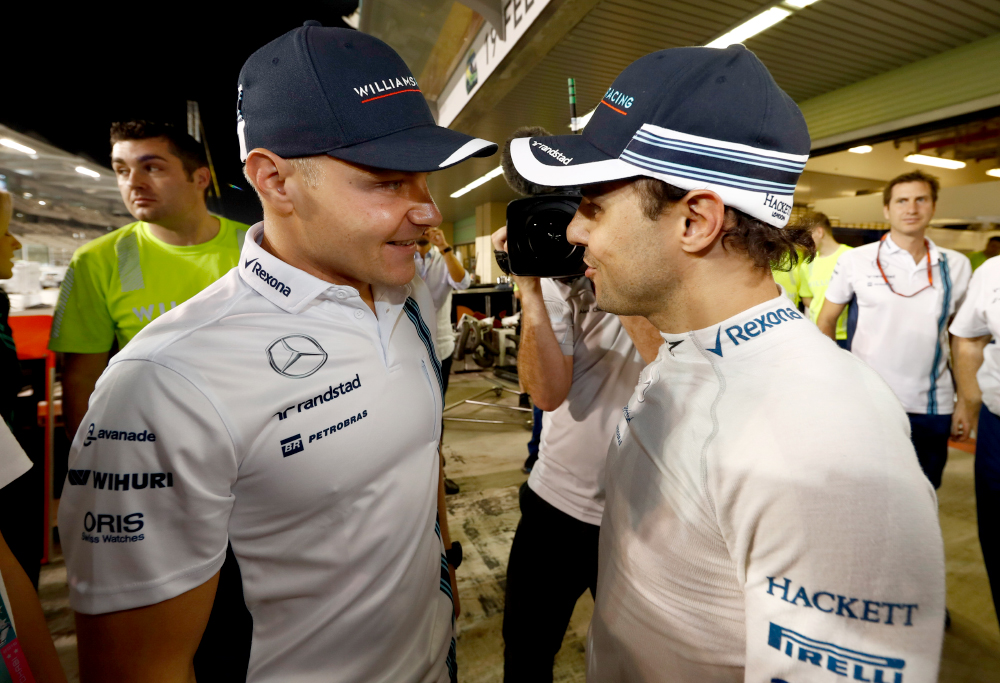 Nobody could have foreseen this would represent Massa’s eleventh and final victory, as 2009 became the year which divided his career into two distinct chapters. A near-fatal blow to the head from a spring off Barrichello’s Brawn at Hungary sidelined him for the balance of the season, and he would have a new teammate to contend with on his return.

Fernando Alonso made Ferrari his own the moment he set foot in the factory, the Spaniard claiming his first race win with the team at Bahrain in 2010, with Massa increasingly marginalised. Signs of the old dog were apparent in Germany, where the Brazilian stormed into an early lead, though the timeless directive from Rob Smedley, “Felipe, Fernando is faster than you”, was when a piece of his soul was irrevocably destroyed.

He was a shadow of his former self for the remainder of his tenure at Maranello, and it was little surprise when he was dismissed following his eighth campaign in 2013, making way for a returning Raikkonen.

Massa found refuge in Williams, and the change of scenery appeared to revitalise the Brazilian in 2014, when he claimed pole position in Austria while enjoying three podiums, culminating in second place at the season-ending Abu Dhabi.

The 2015 season commenced promisingly, though a potential one-two in Britain, which ended wth neither he nor teammate Bottas standing on the podium, was the point that the team’s and Massa’s own fortunes began to decline.

Despite his own desire to continue, a forgettable 2016 rendered Massa’s initial decision to retire at the behest of the incoming Lance Stroll logical. Alas, the Brazilian found himself partnering the Canadian when he reneged on his short-lived pasture following Nico Rosberg’s snap retirement.

With Robert Kubica firming to complete a fairytale return to the sport at Massa’s expense, his departure proper has a silver lining. It has been a fun ride ‘for sure’, though it is for the best that he rides into the sunset before he isn’t missed.