The Roar
10th November, 2017
0
Join the conversation
Advertisement
Write for The Roar

Australia’s rugby league world cup campaign continues with a match against Lebanon. The match will be played at Sydney’s Allianz Stadium on Saturday, November 11 at 8pm (AEDT).

The Kangaroos have so far lived up to the billing as hot tournament favourites. They opened the competition with a hard-fought 18-4 victory against fellow contenders England, before demolishing France 52-6 in Canberra last Friday.

Australia currently sits atop Group A, with their progression to the knockout stage of the tournament already guaranteed.

Lebanon, on the other hand, haven’t had it all their own way so far, but would still be confident of moving past the group stage – even with a loss to the tournament co-hosts.

The Cedars enjoyed a 29-18 victory over France in their tournament opener, but were dealt a 29-10 loss by England a few days later. Given the top three teams from Group A progress, Lebanon will only be eliminated with a loss here and a monumental upset of England by France. 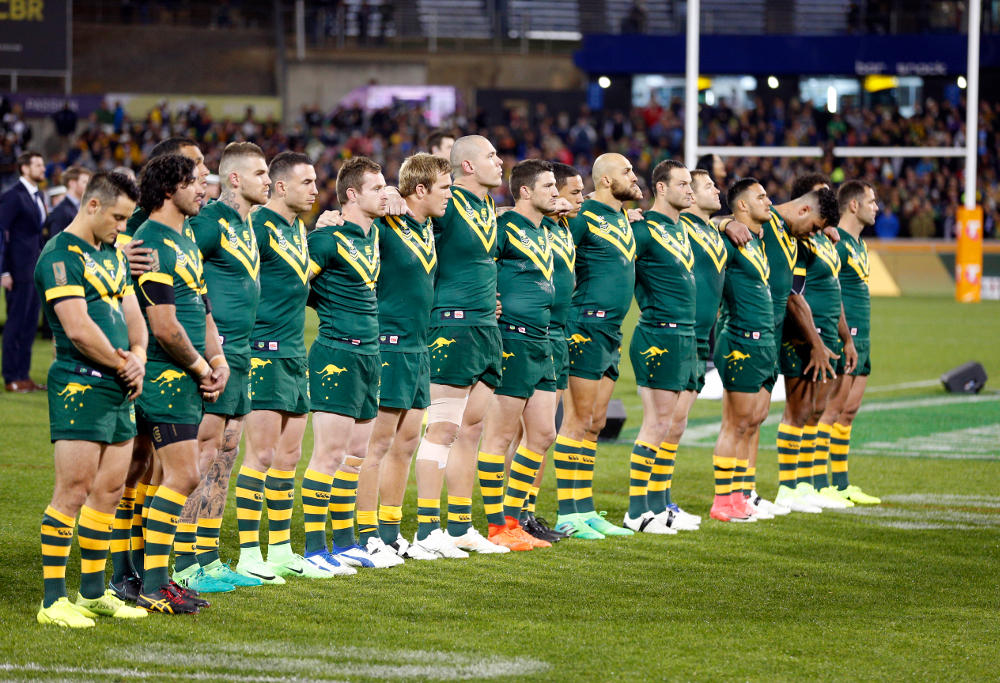 Can the Kangaroos go all the way for the 11th time? (Image: NRL)

Channel Seven is the exclusive broadcaster and streamer for the Rugby League World Cup in Australia, but luckily all of their coverage is available for free.

Seven’s telecast begins at 7pm (AEDT) with an hour-long pre-game show, before the game itself begins at 8pm. Some parts of the country will need to tune into 7mate to get the match – check your local guide for listings.

The 7Live website or mobile application will allow you to stream this game live for free – regardless of whether the game is on Seven or 7mate in your area.

As always, The Roar will be providing a live blog of the match and covering the big moments with highlights on The Roar TV.