Rugby league has turned controversy into a refined art.

There’s always something. Be it a player partying a little too hard and getting caught taking drugs/inappropriately touching a female or family pet without the consent of either/strolling nude through a hotel room/engaging a group sex/sending lewd texts, or players on the take, or Jarryd Hayne’s attempts to ensure he can’t stay out of the media for two minutes, or “let’s verbally bash the referee” day, or “let’s rag on the ‘gimmick’ of a World Cup”, a rugby league headline is invariably more focussed on stirring the pot rather than revelling in the actual match that took place.

But all of that, all of the negative headlines, were put aside one Saturday afternoon in Hamilton. For two hours, two glorious hours in Hamilton, rugby league recorded its finest moment. Finally, after 120 years, the sport had everything fall into place for the good, and those who were there or saw it on TV will never forget it.

Scratch that. 25,000 for a rugby league game in Hamilton? National Highway 1 from Otara to Hamilton would have resembled more a mass evacuation you see in disaster films. Unreal.

A haunting rendition of the New Zealand and Tongan anthems preceded a bone-chilling and raw trading of national war cries. Honestly, Adam Blair gripped that spear in such a manner you were urging him to launch it somewhere, anywhere. Heck, hurl it at me! Jason Taumolono responded in kind. It was raw, emotional and unrepeatable.

The match itself? Incredible. New Zealand skipping off to a 14 point half-time lead, questioning whether the pundits and fans got it wrong. Did everyone overrate Tonga simply because of the great defectors? Proof that the second tier were still miles behind the top tier.

Got it wrong? Bollocks! An inspired Tongan comeback, try and after try got them to a 22-16 lead and pandemonium among the Tongan fan-base with scenes seen only in a Pentecostal church – hymns and prayers included. 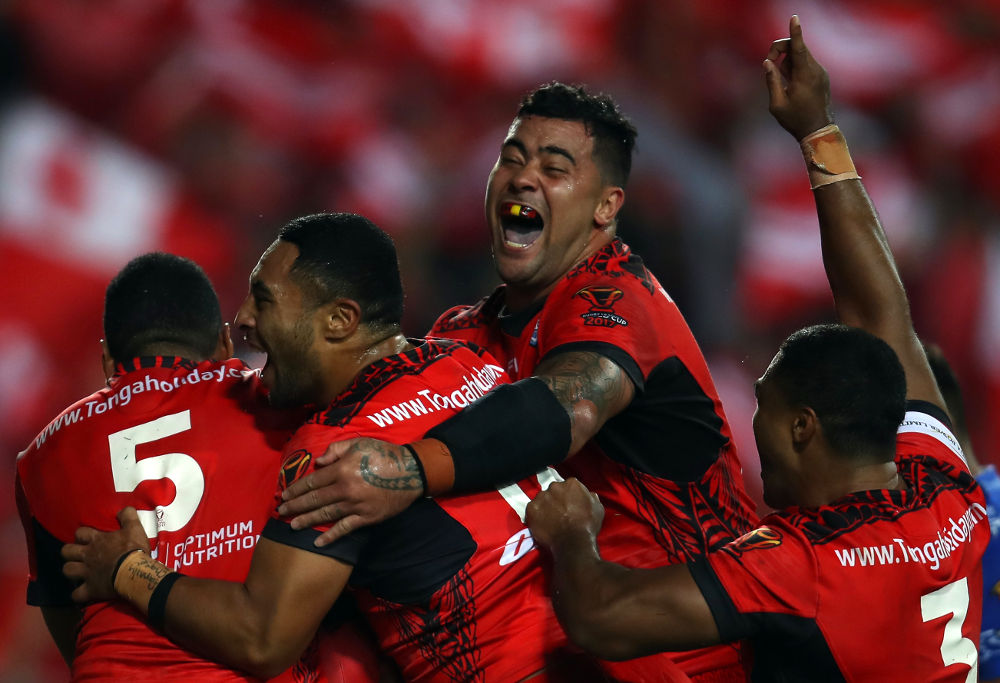 NZ launched a mini-comeback to tighten up before one last push by Tonga put the game beyond reach and set off the trigger for the cataclysmic change to rugby league. An upset of unquantifiable magnitudes. Celebrations everywhere. Everywhere. Tonga, South Auckland, Hamilton, Sydney, Brisbane, everywhere.

Other sports have had this moment. Japan knocking off South Africa in rugby union was massive, Ireland toppling England in the cricket, the Netherlands toppling the English in the cricket (gotta love it) were big deals, but victories to those countries didn’t give them a leg up to the semi-finals.

It will for Tonga. It’s probably given them a chance of getting to the grand final.

For two hours on Saturday, we saw peak rugby league. Finally, we saw what the game could be if all the planets aligned, and the perfect snowflakes fell from the sky, and the cherry blossoms were flawless. We saw it, and we won’t forget it. We saw why the game, in fact, any sport, needs a World Cup, no matter how small it is.

Finally, we saw what Roy Masters, Phil Gould and Ray Warren have spent the best part of their lives trying to convince us exists – we saw the great and glorious game of rugby league.

We’ve never seen better, and we never will.