Why Moeen Ali's bowling could decide the Ashes

One of the key factors in the upcoming Ashes will be how Australia fair against Moeen Ali’s offbreaks.

While the Aussies struggle against spin overseas, at home, where the pitches offer little turn, they tend to dominate opposition tweakers.

The 2013-14 Ashes was the perfect example. Australia targeted Graeme Swann, seeing one of England’s greatest spinners retire mid-tour, ending the series with a bowling average of 80.

Similarly, last summer there was a significant contrast in the home side’s results when they targeted the spinner and when they failed to do so.

Australia lost the first two games of the summer to South Africa, when Keshav Maharaj was the tourists’s spinner. Although Maharaj wasn’t required to bowl much in Hobart, where Australia were skittled by pace, Maharaj was key to their win in Perth.

On debut, Maharaja bowled 58.3 overs for just 150 runs, taking four wickets. These figures may not seem particularly striking, but in Australia’s second innings South Africa were without the injured Dale Steyn.

If Australia had successfully gone after Maharaj in this innings, an enormous amount of pressure would have been put on South Africa’s remaining bowlers. Instead, Maharaj deliverd 40.1 overs for a miserly 94 runs.

Contrastingly, Australia attacked Pakistan’s Yasir Shah with great effect, the legbreak bowler finishing the series with a bowling average of 84 and an economy rate of 4.53. Australia won the series three-nil.

This illustrated the fact that, despite Australia potentially having the worst conditions for spin of any Test-playing nation, the spinner is still crucial to the team’s performance.

Furthermore, a spinner doesn’t need to take bags of wickets in Australia to benefit their side, they just need to be able to tie down an end.

This links to the first point, as in Perth, Maharaj did his pacemen a massive favour by being able to give them a rest without conceding many runs. The spinner’s performance affects the whole team.

Unsurprisingly, England’s pace attack was far more effective in 2010-11, despite Stuart Broad missing most the series. 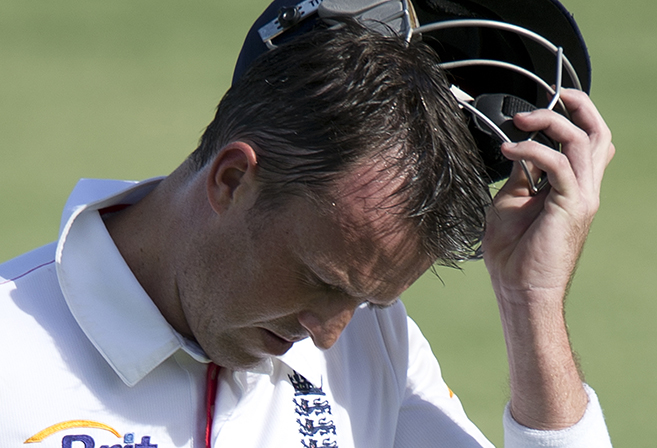 Ali’s focus must therefore be his economy, which does not come naturally to him.

Having spent the majority of his career as a batting all-rounder, Ali has done a commendable job as England’s frontline spinner. Yet his economy rate in Test cricket is 3.66, which for an offspinner is on the high side.

This that if Ali can’t be consistently economical, that he can perhaps take enough wickets to make Australia think twice before attacking him.

Furthermore, all of Australia’s top three are left-handers, and while it is early days for Matt Renshaw, both David Warner and Usman Khawaja are far more comfortable against pace than spin.

Perhaps most worrying for England is the question of what to do if he doesn’t perform. In their 16-man squad, they only have one other spinner, in 20-year-old legbreak bowler Mason Crane.

He is an exciting prospect, but Crane will not tie down an end, as shown by his economy rate in first-class cricket of 3.88. What’s more, his county side, Sussex, haven’t picked on pitches they feel wouldn’t favour him.

Furthermore, in Ben Stokes’ absence, England lack another all-rounder to cover for Ali if he is struggling. The closest they have to a part-timer is Joe Root, who currently averages 49.26 with the ball in Test cricket.

In picking Crane as the only backup spinner, the English selectors have placed an enormous amount of pressure on Ali – his performances may end up having a huge influence on the series result. 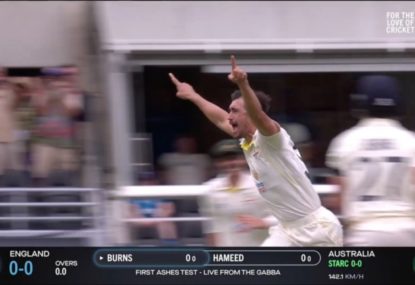 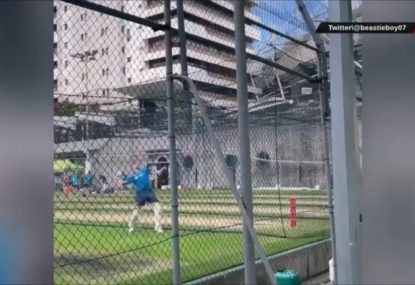 Ben Stokes gone early, Pat Cummins has a scalp as skipper, and Australia are on fire! 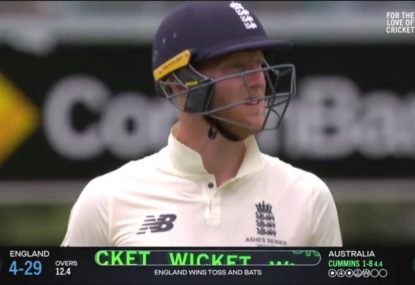 All the talk in the local media leading up to the first Ashes Test has centred on Australia’s conundrums, and quite rightly so – we are in Australia after all. But while the trials and tribulations of Australian captains, immediate past and present, along with the selection issues in their middle-order batting and their pace […]