If Shaun Marsh is the answer, you have to wonder what the question was

Shaun Marsh has been recalled to the Test side for a ninth time. Yet, the Gabba Test will be only his 24th match playing for Australia.

Not every omission has been due to form but the significant majority have. Not even John Farnham can boast as many comebacks.

Given Marsh’s Test record – 1476 runs at an average of 36 – when he did not have his Cricket Australia contract renewed recently it was considered there would be no further opportunities in the baggy green.

When Winston Churchill spoke famously about Russia in 1939, he could well have been speaking about Marsh: “I cannot forecast to you the action of Russia. It is a riddle wrapped in a mystery, inside an enigma; but perhaps there is a key. That key is Russian national interest.”

Marsh certainly is a riddle, mystery and enigma.

However, the national selectors – Trevor Hohns, Greg Chappell and Darren Lehmann – feel selecting him is in the national interest.

For so long we have heard past and current players extol the virtues of Marsh as a batsman. Much of the comment surrounds his style and attractiveness when he is at his best.

Sadly, history indicates that he is not as his best regularly or for any extended period. For a man who topped the IPL run aggregate in its maiden year and averaged 43 in List A matches, he has looked a pale imitation at Test level.

His Test strike rate is a mere 44.7. The likes of Chris Rogers (50.7) and Justin Langer (54.2) were seen as doughty players but both scored considerably quicker than Marsh.

At Test level he often appears to freeze up. Numerous times he has found it hard to rotate the strike, while nudging into gaps does not appear a forte when beneath the green helmet. As a result bowlers have been able to build pressure and work to a plan in bringing about his demise.

There must be several players around the first-class traps in Australia shaking their head at Marsh’s latest reincarnation. The incumbent number six, Glenn Maxwell would be at the head of that cue.

In the three Sheffield Shield matches that have been used as a barometer for Ashes selection – although the Tim Paine recall may devalue that notion – Maxwell has scored 200 runs at 40 and Marsh 236 runs at 39.3.

Maxwell made a Test century four matches ago. To date, each of his seven Test appearances have come in Asia. He could feel aggrieved that he has been denied playing a maiden Test on home soil where his career first-class record is superior to Marsh’s. At 29, he is also five years younger than Marsh. 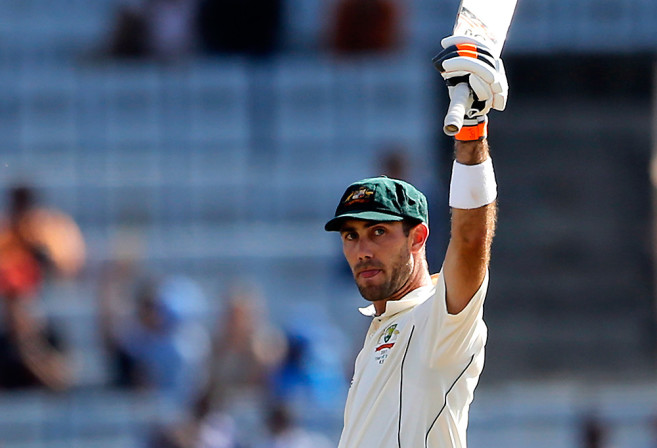 Callum Ferguson was called up for his Test debut last summer after many years in first-class ranks with South Australia. Heading into the Hobart Test against South Africa he had averaged 51 in his previous 17 Sheffield Shield matches during which he compiled six centuries.

At Bellerive he was run out for one and scored two in the second innings. With Australia being bowled out for 85 and 161 to lose by more than an innings, the selectors made wholesale changes for the next Test at Adelaide. Ferguson was one of the casualties, dropped after just one appearance.

This season in Shield ranks he averages 68.6 and boasts an unbeaten 182 against Victoria. His ODI record – an average of 41.4 from 30 matches – shows he has succeeded at international level when given a decent chance but, at 32, he may not be accorded the luxuries again that have regularly gone the way of Marsh.

And then there is Ed Cowan, who last season was the leading run scorer in the Sheffield Shield – 969 at 73.7 – who was told at the start of the season his age was an issue in currently being selected for New South Wales.

He has not been chosen for the Blues this summer. He is 11 months older than Marsh who has been given an international reprieve.

The selectors could have also opted for generational change.

Twenty-five-year-old Jake Lehmann has been in good form for the Redbacks with 249 Sheffield Shield runs this season at 49.8 on the back of averaging over 40 last summer. His South Australian teammate 23-year-old Jake Weatherald caned the Warriors attack in the last round of Shield matches with innings of 152 and 143 to go with a knock of 71 in the opening round.

Both Lehmann and Weatherald are far more experienced than Matt Renshaw was when he made his Test debut last season.

It was back in January 2003 that then Test skipper, Steve Waugh witnessed first-hand a young Shaun Marsh. He scored his maiden first-class century in a Sheffield Shield match at Newcastle.

Waugh was effusive in his praise, saying, “It is the best innings I have seen from a 19-year-old. He looks an outstanding talent. The quality of stroke play was superb.”

Such praise from a legend of the sport did not go unnoticed. Big things were expected from Marsh. Sadly, despite abundant natural talent and a solid work ethic, he has underperformed through his 16 years in first-class ranks.

He has scored 21 centuries in that time. That equates to 1.3 centuries a calendar year throughout his entire career. Once again the selectors have placed their faith in him.

He is likely to bat at number six as a direct swap for Maxwell with his uncapped West Australian teammate Cameron Bancroft expected to open in place of Renshaw.

Surely this will be his last chance to grab an ongoing place in Australia’s Test line-up.
For the sake of himself, the team, the selectors and the fans he has make the most of his ninth life.