The Wallabies suffered a demoralising 30-6 loss to England at Twickenham overnight.

It was a reality check for Michael Cheika’s men, who had looked promising during their erstwhile eight-game unbeaten run. The scoreline might have flattered the English, but the wheels well and truly fell off for the visitors over the course of 80 minutes.

Let’s sift through the wreckage, shall we?

1. Marginal calls kill off Aussie resistance
As an Australian it was the kind of game that gave you a sick feeling in the pit of your stomach. The bounce of the ball ‒ and indeed the blow of the whistle ‒ just didn’t go the Wallabies’ way.

There were two big calls that turned the contest. The first was England’s opening try. Samu Kerevi broke clear for a powerful 40-metre bust. He offloaded to Tevita Kuridrani who spilt the pass with one defender to beat. The ball fell to George Ford, who hoofed a speculative kick downfield. Kurtley Beale trotted casually, expecting the ball to go out, while Elliot Daly hared after it. The ball came perilously close to the sideline, but Daly toed through and touched down for a try. Countless magnified replays later, it looked as if the ball might have just kissed the chalk, but the benefit of the doubt went with England.

The second came with the score at 13-6. The Wallabies mounted their best attacking raid of the game, with Marika Koroibete breaking the line. A few phases later Koroibete got over the line, but the try was ruled out for obstruction by Stephen Moore, who had overrun him. It was clumsy but could easily have been awarded given both Owen Farrell and Chris Robshaw got a clear enough shot to tackle Koroibete.

Both calls in isolation were about 50-50. You can see why they were ruled that way, but to have them both go against the Wallabies was tough to take. 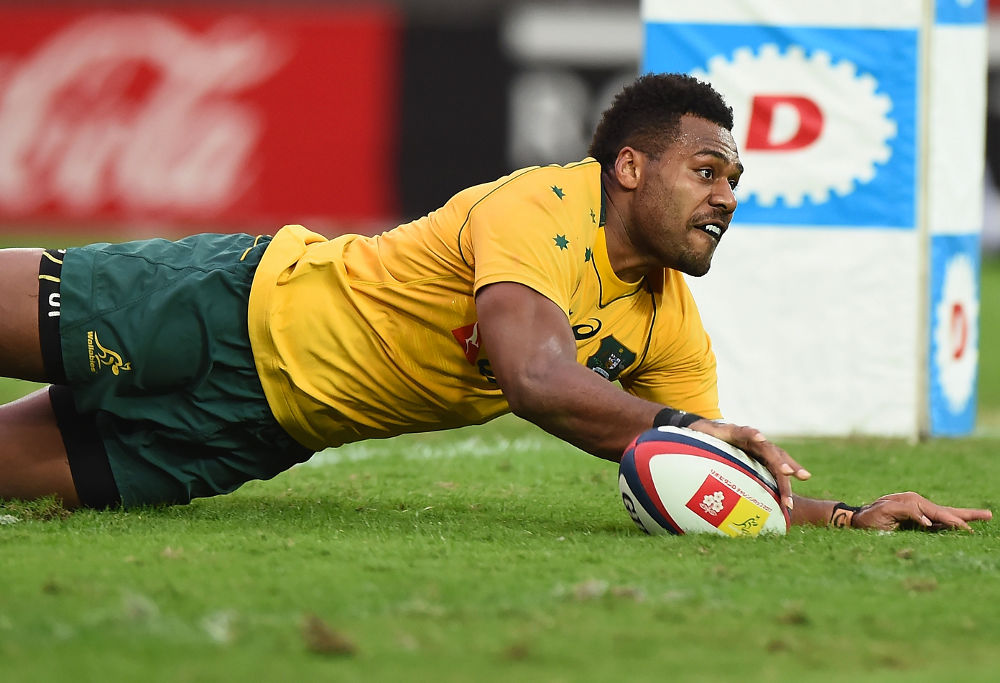 2. Wasteful Wallabies barely deserved to be in it
Luck aside, the Wallabies were their own worst enemy, squandering any decent chances they did have.

Foley dragged his first penalty attempt wide. The Wallabies opted for the touchline next time only to lose the lineout. Hodge kicked another penalty touchfinder dead in the second half.

There was an earlier try disallowed in the first half when Hooper was ruled in front of the kicker. The chance should have been Koroibete’s. From a smart Kuridrani grubber, the winger needed only to dive on the ball and slide over on the rain-soaked turf. Instead he tried to nudge it with his foot, leaving Hooper to pounce on the crumbs.

Despite racking up 670 run metres to England’s 412, Australia’s attack hardly got going. Their timing was off on almost every play they tried to run. Forward passes, knock-ons and poor communication plagued their performance as they failed to adapt to the wet conditions. 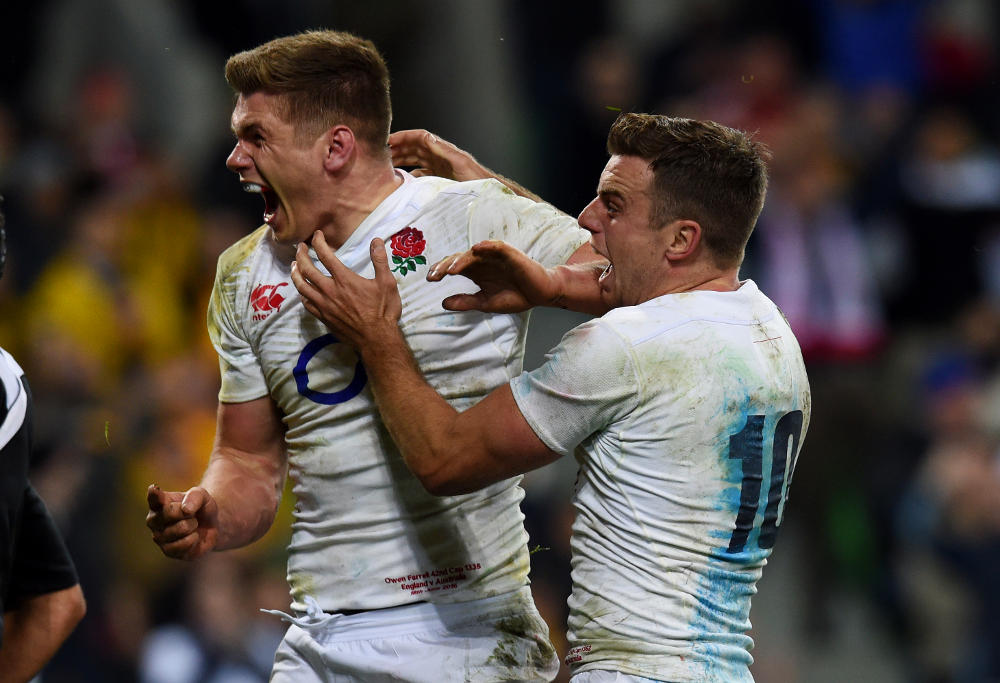 3. Two yellow cards as discipline woes continue
Oh yeah, Australia also played with 13 men for a bit. First Hooper got done for some questionable offside calls – his second sin-binning in as many weeks – then Beale for a deliberate knockdown. While Beale pleaded his case, he left referee Ben O’Keeffe no choice. He was never in a position to make the catch and made sure he got a hand on it to stop the attack.

It left the Wallabies two men short either side of half-time. Cold comfort now, I’m sure, but the only points they conceded in that time were the three from the initial Hooper penalty. At least there’s nothing wrong with their goal-line defence. However, constant errors and poor execution kept them under pressure throughout.

The more the Wallabies faltered, the harder they tried to fix the problem. At times it was like watching a panicked animal struggling in quicksand. Cue three England tries in the final ten minutes. 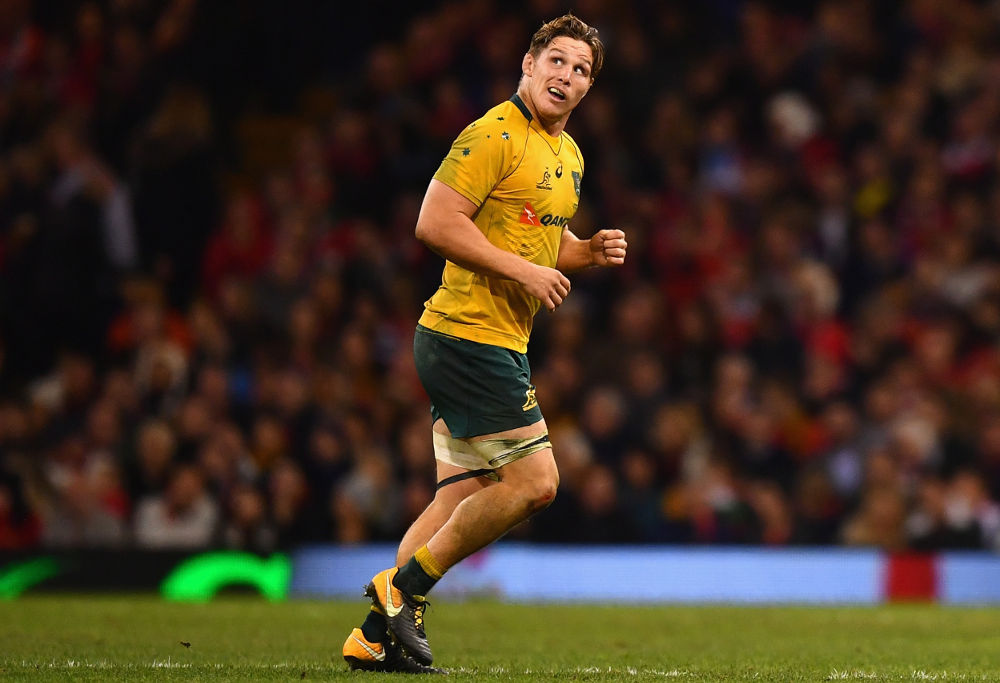 4. Sekope hits full stride
After such a deflating result it’s easy to forget there were some bright spots. Sekope Kepu was a man possessed. He may be well into the autumn of his career, but the man’s got serious game.

If anyone can track down the individual stats, comment below with Kepu’s numbers. On three or four occasions he broke through the resolute England defence, side-stepping and getting his knees higher than any self-respecting prop should be able to in full flight.

It was form reminiscent of his 60-metre effort against the Chiefs earlier in the year. He’ll be 33 when the World Cup rolls around. I’m guessing we’ll still need him.

5. Koroibete is the real deal
Let’s stick with silver linings. With the exception of the botched try, Marika Koroibete has been a revelation this season. Every carry is at full intensity ‒ he never allows defenders an easy tackle.

He’s just as punishing without the ball, picking his man and rushing up to kill overlaps before they occur. With England hot on attack in the second-half, he crunched Owen Farrell and forced a turnover penalty. It was the kind of play that might have been a genuine turning point had the Wallabies not left their composure back on the team bus.

You can always see him going at full tilt right to the final whistle, which is one of those pure, intangible joys of sport.

Shame about the result. Congratulations to England. Another infuriating Eddie Jones masterclass.