It is beginning to become apparent to rugby tragics on the west coast of this fine country that the Australian rugby establishment isn’t really on the same page, so I’m testing a theory.

To count 2017 as an annus horribilis for Western Australia rugby would be an understatement. Despite rosy beginnings and a definite (if slight) upsurge in performance by the professional team, Western Australia just seems to keep getting kicked in the trouser region.

The SuperRugby season had barely kicked off before there were questions about who was going to be exited, and the field rapidly narrowed to two – but if the general populace in the west is to be believed, there was only ever one.

We’re not talking about the Rebels or Victorian Rugby Union here; we’re talking about RugbyWA. They fought their way through a season of professional footy, doing pretty well and knocking off the prima donnas, and there was a pretty positive feeling over there.

There has been legal action, arbitration, appeal and even a Senate inquiry. The relationship between RugbyWA and their parent body moved past speaking terms months ago. It appears now they can’t even inhabit the same room.

The news broke on Friday that RugbyWA has entered voluntary administration as a result of losses incurred due to the loss of the Force as a money-making arm and the insistence of Rugby Australia that the legal fees (which they are entitled to) be paid in full. 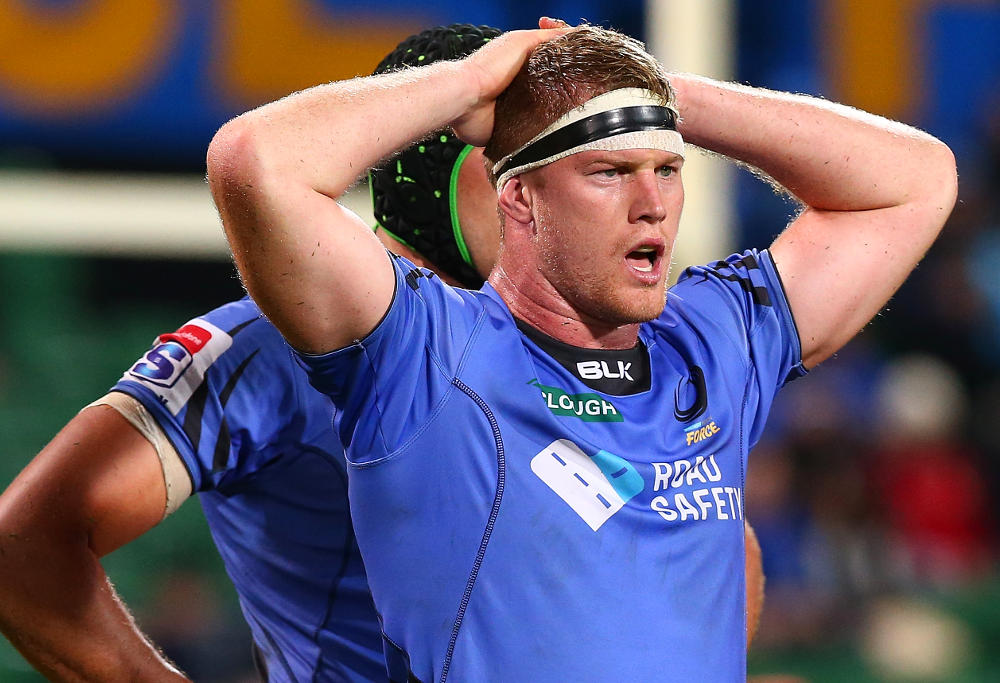 I don’t remember a time when a national sporting organisation has undertaken a course of action to the extent that its subsidiary is driven to fiscal oblivion, though I’m happy to be corrected. Surely it behoves Rugby Australia to slice just a little bit off the money, between $15 million and $30 million, that has been used to prop up Victorian rugby to forgive the $1.7 million legal fees owed by RugbyWA.

However, this is not the basis of my theory. At the time of writing, this story has seen the light of day at the ABC, which, to the best of my knowledge, broke the story; PerthNow, the website of West Australian paper the Sunday Times and the Sydney Morning Herald.

There’s nothing on Green and Gold Rugby or in the Australian, the Courier Mail, the Canberra Times, the Daily Telegraph – okay, you get where I’m going.

Rugby in that state is on the verge of extinction, nearly one-third of our country by land mass is about to have no rugby presence at all, and what is arguably the third-largest player pool will no longer have a governing body.

I can’t for the life of me fathom why this is not news. I contend that there is a conspiracy to sanitise the news about this farce that is destroying rugby in our great nation. This conspiracy will not be broken until strong editors choose truth over convenience.