Can we make rugby league relevant in New Zealand?

Depending on which side of the Pacific fence you are on, the last two rounds of the Rugby League World Cup have either been a cataclysmic breakthrough for international rugby league or an abysmal failure resulting in bringing a giant to its knees.

Though the Kangaroos have been an ever-present dominant force of the rugby league world, there has been optimism in the last decade that the Kiwis would be a constant challenge to push that rivalry closer to the Bledisloe Cup’s benchmark, gaining valuable market share across the Tasman in the process.

That optimism has been well and truly put to bed after the Kiwis suffered consecutive losses to Tonga and Fiji, resulting in being bundled out of the World Cup finals. Jason Taumalolo, Manu Ma’u, David Fusitu’a et al’s infamous defections to the second-tier rugby league nations have exposed a wide chasm in depth between the Kangaroos and Kiwis, which in hindsight was always present.

The Kangaroos could potentially field a third-string team and still be favourites at any tournament, and the reasons why are obvious. Currently the NRL does the heavy lifting for professional rugby league, and 15 out of 16 of the NRL’s teams are based in Australia. This makes it truly comical to believe that the Kiwis could ever be constantly competitive having only one professional rugby league team to foster and draw talent from. There are Kiwi players at many NRL clubs, but numbers count, and one versus 15 is unfair any which way you spin it.

Keeping those numbers in mind you could easily say that the Kiwis have been overachieving for the last decade. So how to stem the bleeding and save the limb? 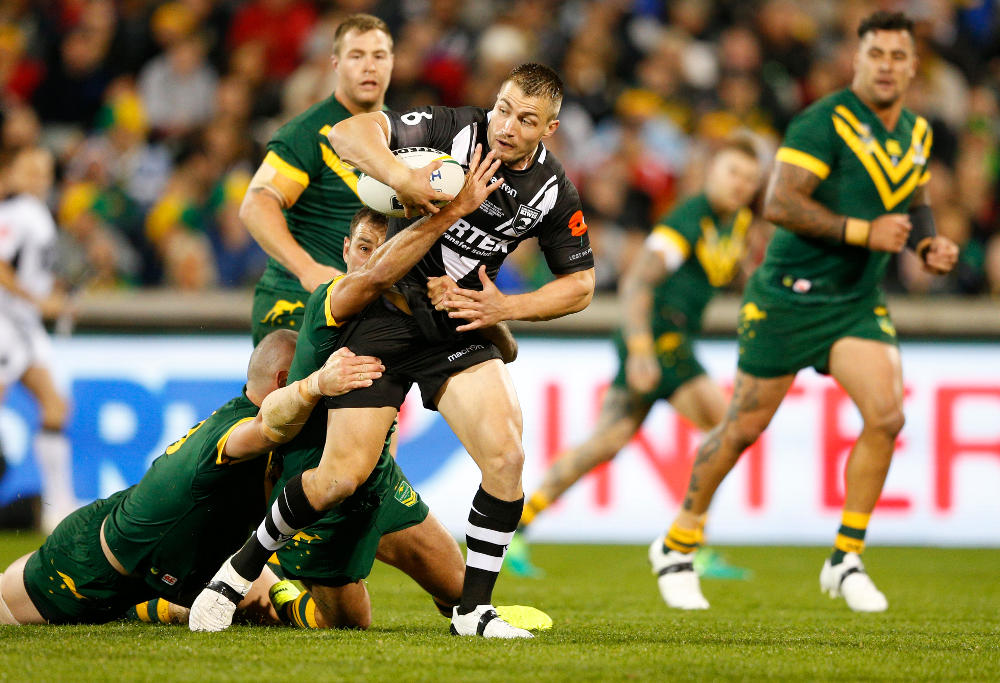 New Zealand as a nation are in possession of an enormous amount of the world psyche in rubgy terms, and this makes the Kiwis a very precious commodity for rugby league. Yet while you have an NRL competition managed by an Australian commission composed of board members from Queensland Rugby League and New South Wales Rugby League, the Kiwis will never be prioritised. New Zealand Rugby League needs to be inducted into the commission if rugby league is serious about standing up to union internationally.

Additionally, the commission needs to re-table expansion talks post haste. The expansion counter-arguments are long, tired and stagnant. That negativity and bias usually implode the conversation, but considering the Kiwis plight, pragmatism must prevail.

NZRL requires one or even two more NRL franchises to even the talent pool and begin to tackle the All Blacks behemoth. Unfortunately the level of rugby league altruism required to rubber-stamp that expansion makes it a very unlikely prospect, which leaves NZRL facing a massive task with little to no resources.

There are silver linings for the Kiwis in this World Cup campaign disaster if they wish to see it. The passion and support for Tonga in New Zealand and the sold-out Hamilton game must be an eye-opener to the potential that Pacific rivalries could hold for the Kiwis.

Lucrative mid-season representative matches could be held in New Zealand to mimic the experience and financial benefits the Kangaroos receive from Origin. This would greatly strengthen their own playing stock and help to create a clearer Pacific representative picture, so time and effort are not needlessly invested into players who won’t be wearing black and white for their entire career. The precious funds received from these matches would also be a strong platform to push for the extra NRL franchises they require.

Either way, whether you think that the future for the NZRL is bright or gloomy, get the ‘I told you so’s’ ready, because one of you is about to be right.