The Wrap: England gets the rub but Cheika gets it wrong

In the brilliant Coen brothers film Fargo, there is a scene where the suspect, played by William H Macy, knowing the net is closing in on him, sneaks out of his car dealership mid-interrogation, leaving Minnesota police chief, played by Frances McDormand, empty-handed.

“He’s fleeing the interview”, she yells in frustration, taken aback that a man might suddenly run from questioning.

So to the bowels of Twickenham, where Wallabies coach Michael Cheika, frustrated and angry after his side went down 30-6 to England, similarly fled an interview in remarkable scenes that will almost certainly reignite debate about his suitability for the role.

It started well enough, Cheika acknowledging his team’s mistakes and failure to close out opportunities but – as soon as he was goaded into reacting to accusations of him being caught on camera exclaiming “f***ing cheats” in response to a ‘no try’ call against his side – things headed south. Spectacularly.

Cheika was right to feel that he was being baited, but what he failed to sufficiently anticipate was that any journalist worth their salt would be pressing him hard on this public and inappropriate utterance.

Instead of playing it down, Cheika lapsed into angry victim mode, reeling off comments such as; “it’s irrelevant what I say”, “everyone’s got eyes” and “Australia is very easy to penalise.”

To his credit, Cheika had later cooled, and he handled his press conference professionally. But what would be fascinating to know is if today, in a sober moment well beyond the immediate emotion of the contest, Cheika truly believes Kurtley Beale made a genuine catching motion before receiving his yellow card, or that George Ford’s kick for Eliot Daly’s try definitely went out. 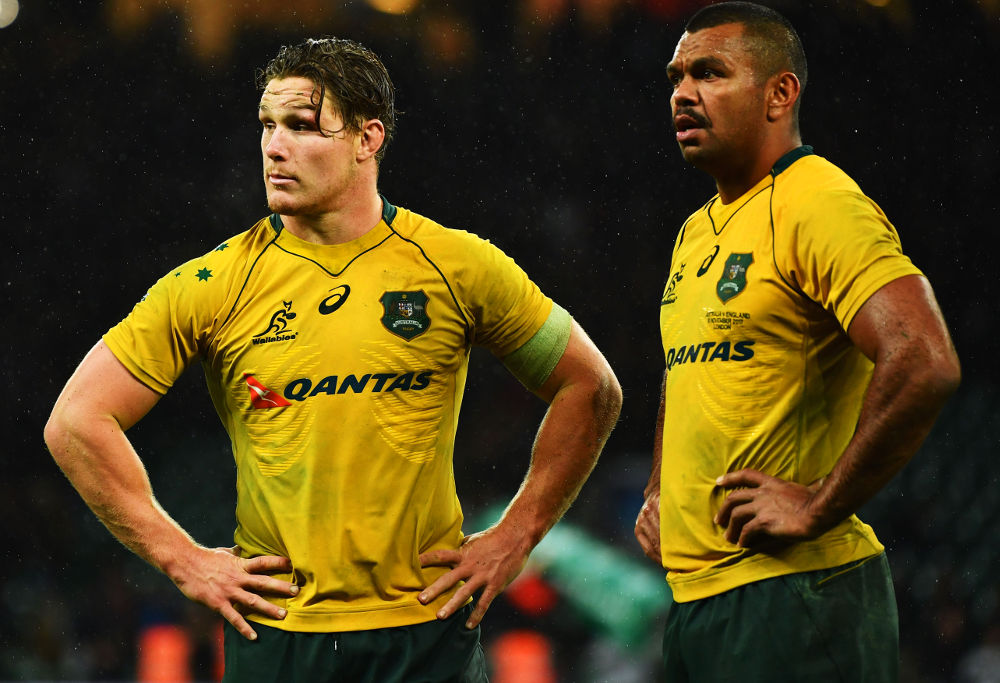 It’s an important question because if he does, his judgment is clouded. Alternatively, if the decisions were wrong (which in my view they weren’t) then Cheika’s temperament is called into question. He is lacking the emotional intelligence to accept 50/50 decisions as part of the cut and thrust of Test rugby.

Captain Michael Hooper’s judgment too must be questioned, if his response to questions about him being ruled offside and having his first-half try disallowed is anything to go by.

“I worked back”, said Hooper. Well, no Michael, you didn’t… you just put your arms up and ran a bit slower.

“I don’t know what I’m meant to do there”, he continued. Yes, obviously. Maybe try doing what the law requires, which is to immediately stop until you are put back onside?

The 69th-minute obstruction call against Stephen Moore was terribly cruel on the Wallabies, who sought reward for some superb interplay as they swept towards the try-line. But cruel doesn’t mean wrong.

It was difficult to fault referee Ben O’Keefe’s ruling on the obstruction, because it was there and did impede an onside Chris Robshaw wrapping both arms around Marika Koroibete, even if Moore’s contact was inadvertent.

Let’s not forget also, that even without the obstruction on Robshaw, there was doubt about Koroibete grounding the ball and no video evidence at all to confirm that he had.

In simple terms, this was sheer bad luck for Australia, but these are the times for strong leaders to dust themselves off and implore their troops to go hard at it again – not to clap sarcastically and call the officials cheats.

At this level, the margins between winning and losing can be very fine – remember Dunedin? It is one of the traits of successful sides that they reek of calm, authoritative leadership that tips those fine margins one way – think John Eales and Rod MacQueen, Richie McCaw and Steve Hansen. 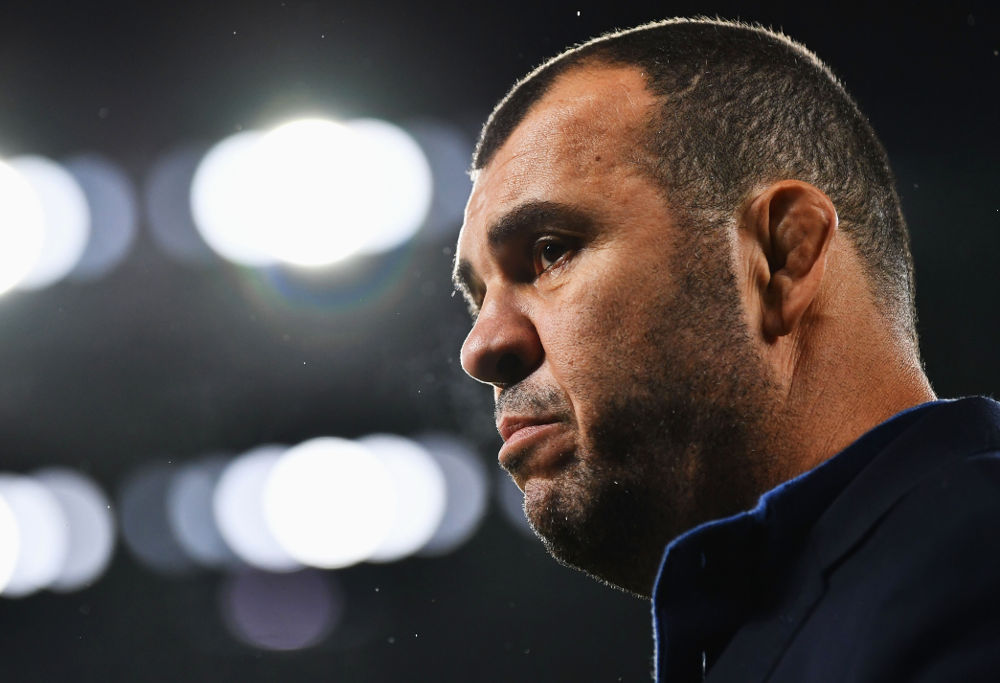 This Wallabies side is much improved and – make no mistake – they were very close to winning this Test match, whatever the scoreline suggests. But what they lacked was a strategy to play the right tactics for the conditions, and to finish the game off in a disciplined, clinical manner.

It is at this juncture where the performance of the players aligns with the performance and demeanour of the coach and, given the context of Cheika’s meltdown, the result becomes more understandable.

It is also likely that the Wallabies’ post-match analysis will be flawed, and the ability of the side to learn from their mistakes will be hindered, if the starting point is to angrily deny reality.

In truth, this day has been coming for a while. Cheika’s lack of composure is evident at almost all matches, and here, with the stakes ramped up high, the desire to get one back on Eddie Jones forefront, and a few curly circumstances thrown into the mix, were the raw ingredients for an eruption.

With Rugby Australia’s leadership currently lacking in authority, and Cheika having accrued currency in recent times through the side’s positive performances, it is unclear if any recriminations will arise. But at a minimum, it is important that Cheika is told that what he says is, indeed, relevant. Particularly when it is offensive towards the match officials and is broadcast to everyone, children included.

Rugby Australia might also consider placing alongside Cheika on match day a more authoritative and rational figure, as opposed to ‘mini-me’ yes-man Pat Molihan, who should probably be down with the players anyway.

For his part, O’Keefe is a referee who some find hard to warm to, often tending to be overly pedantic and uptight. But given the run of play and number of contentious situations that arose, in this match, he handled himself with poise, communicated clearly, didn’t over-officiate, and got most – if not all – of the key decisions right.

So instead of 13-13 and Australia with momentum entering the final ten minutes, Koroibete’s misfortune merely set the stage for replacement halfback Danny Care to spark England’s irresistible finish – three late tries blowing the score out.

England won because they played to the conditions, their first three tries coming from determined kick chasing – tactics any rugby player at any level of the game knows pays dividends when things are wet and greasy. Note how Jonathan Joseph gathered and slid for his try when Koroibete didn’t when faced with the same opportunity in the first half. 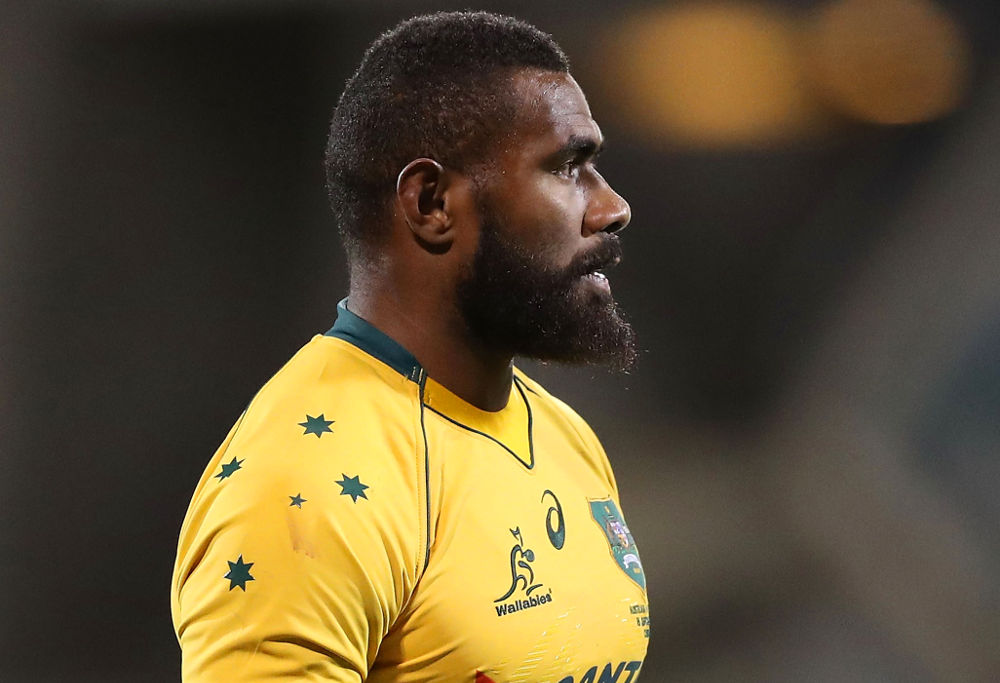 England also got more from their big men Joe Launchbury and Courtney Lawes than Australia did without Adam Coleman in the side. It was largely left to Sean McMahon – a human dynamo in attack and defence – to inspire the forward effort, and Koroibete and Samu Kerevi both had strong games in the backline.

Australia will have other days when the rub of the green goes their way. Daly’s remarkable try could just as easily have been a spectacular one to Tevita Kuridrani, or a lineout near halfway. But Kurtley Beale joining 82,000 others at the ground in assuming that the ball was going out instead of chasing hard to ensure it did was a self-inflicted wound.

To rub salt, Eddie Jones’ post-match interview was a masterclass in saying little by mouth and everything by smirk. He already knew Cheika had shaped the headlines and wisely played a straight bat.

Scotland coach Gregor Townsend’s post-match interview was an example of how to deal with disappointment with class and decorum; Scotland falling 17-22 and coming agonisingly close to a final-minute try which may have heralded their first Test victory against the All Blacks.

Perhaps expectations in Scotland are lower. Perhaps the Scots are more accustomed to losing. But disappointment is disappointment whatever jumper it is dressed in, and it’s a sure bet that a majority of Scotland fans are today feeling proud of the effort of their side and the sportsmanship showed by both camps.

Hearts were also warmed by the appearance before the match of Scotland great Doddie Weir, who sadly has Motor Neurone Disease, but nevertheless stirring on his side with plenty of vigour.

All Blacks fans waiting for a convincing 80-minute performance from their team will have to wait a while longer. With their best XV selected, expectations that had quietly been building about this being ‘the week’ were dashed by committed Scottish defensive pressure and direct, no-nonsense attack.

In the end, it was a faltering scrum that did Scotland in, unable to parlay off the sin-binning of Sam Cane and Wyatt Crockett late in the match. Crockett’s ‘effort’ was particularly disappointing, once again failing to convince that his 70-Test career should extend into 2018.

The All Blacks lacked precision throughout – save for the 67th minute when Sonny Bill Williams, Damien McKenzie and Beauden Barrett combined for a try of such beauty it almost rendered all of the prior muddling redundant.

Williams, this time behaving himself, was a strong presence again, although Rieko Ioane was the standout player in black, topped only for man-of-the-match honours by the fizzing fullback Stuart Hogg.

Notable was the high number of penalties awarded by referee Matthew Carley against the attacking side – including one against Vaea Fifita for “blocking in front of the ball” when Aaron Smith kicked from the base of a ruck. While Carling was technically correct, this seemed like murky territory to be entering when the same instance occurs multiple times in almost any match.

The contrast in refereeing styles between Carley and Nigel Owens was starkly illustrated with the France versus South Africa match marked by few penalties and the ball in play for long spells, including over three breathless minutes from the kick-off.

A relieved Bok captain Eben Etzebeth was happy to take the one point win – vitally important after last week’s meek display against Ireland. While both backlines were deficient in structure and alignment, and there were multiple turnovers both ways, the closeness of the contest kept everyone on edge throughout.

Also close were the so-called Tier Two versus Tier One contests, Wales edging Georgia 13-6 and Ireland holding off Fiji 23-20.

If World Rugby turns a blind eye to a leading international coach publicly denigrating its match officials, perhaps they can be excused on the basis that their dream of hosting a Rugby World Cup where a dozen teams are a genuine winning chance is drawing nearer.