Now it’s time to look at the special partnerships that have made a significant contribution to winning that tiny urn.

That appeared in scorebooks 95 times in Test cricket and a whopping 39 times in Ashes Tests alone.

Dennis Lillee, Australia’s superstar fast bowler of the 70s and 80s, was a no-nonsense cricketer and Rod Marsh, one of Australia’s greatest keepers, was the perfect foil.

Indeed, Lillee’s debonair flamboyance and natural showmanship was offset by the scruffy but friendly demeanour of his West Australian colleague.

The image of Lillee tearing in, shirt unbuttoned, gold chain swinging liberally in the breeze, firing off rockets to hapless batsmen is indelibly conjoined with that of Marsh diving full stretch for the ball, with athleticism that defied physics for a man of such … erm … portly stature. 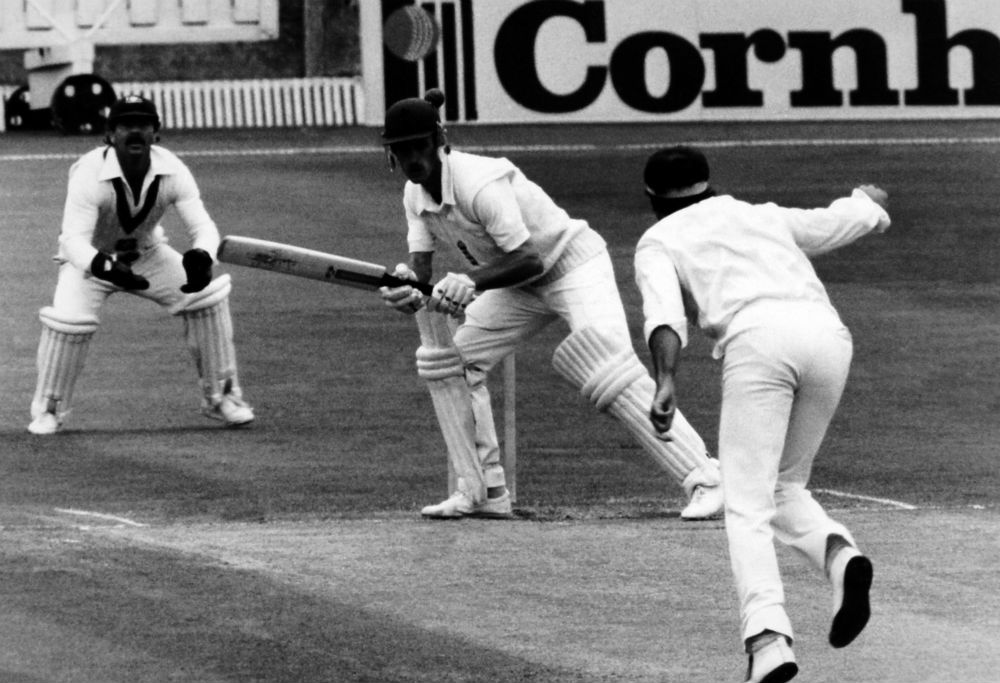 Their record of dismissals together has yet to be broken.

Even more remarkable, both of these superstars finished their Test careers with the exact same number of dismissals: 355. (Marsh with 343 catches and 12 stumpings).

Now what are the odds on that?

Their Ashes performances are the stuff of folklore, with some legendary scalps between them, including the late, great Tony Greig – who was dismissed five times – and Ian Botham, who succumbed four times to the Lillee/Marsh combination.

Little wonder the Western Australian Cricket Association recognised their significant contribution to Australian cricket by naming a new grandstand at the WACA the Lillee-Marsh Stand in 1988.

The famous Sydney twins will always be remembered for their wonderful batting.

Mark’s unmatched elegance and Steve’s ruthless determination to never give his wicket away easily.

But it wasn’t just their batting which made the Waugh brothers a special partnership.

In the early days, they were genuine all-rounders.

England would love to have just one all-rounder like Mark or Steve Waugh during their 90s dominance. Australia had two and they didn’t even need to use all their skills.

When they were required to chip in with the ball they invariably did.

Case in point was the Australia Day Test in 1995 when Mark Waugh took 5 for 73 with his off-spinners on a track which Shane Warne could only manage two wickets in 30 overs during the same innings.

In that same Test Match, Steve didn’t make a major contribution but that was the beauty of the partnership.

If one twin failed to contribute, you could almost guarantee that the other would and that included match-winning catches.

Of course, it was often the case that Mark and Steve would both have great games and when that happened it was impossible for England to contain the brothers. 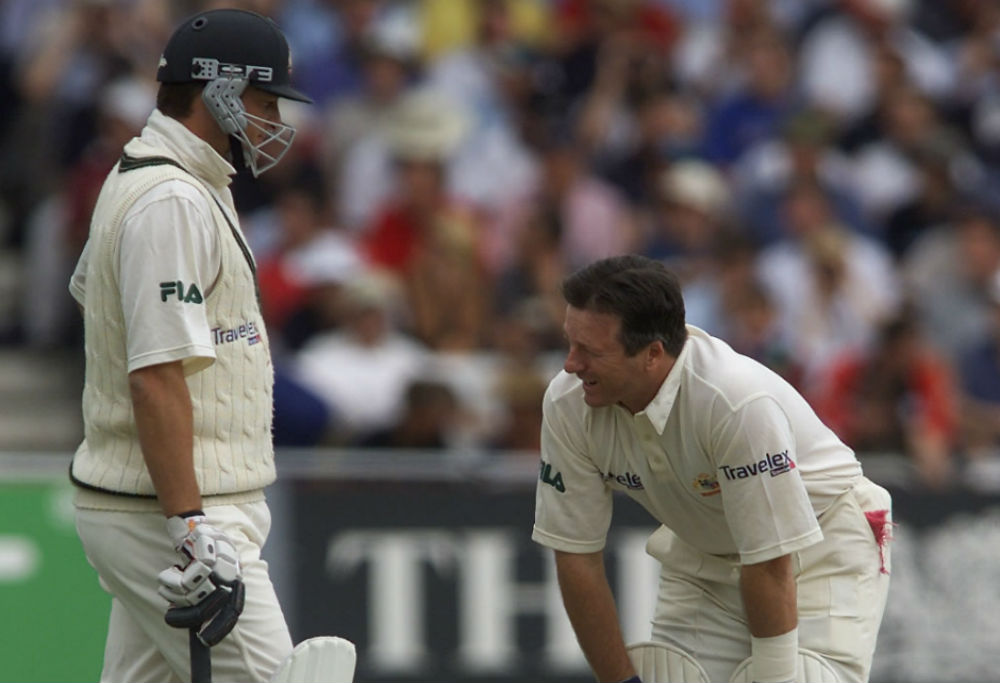 Their success was born out of the competitive spirit that all brothers have in backyard matches.

In the same way as the Chappells wanted to be the best in their family, the friendly (and not-so-friendly) rivalries made the pair hungry for success.

Their very first batting partnership in Ashes cricket was to be repeated time and time again. Australia – in trouble at 4 for 80 at Birmingham in 1993 after losing captain Allan Border. When Steve joined his brother Mark at the crease the Aussies were still trailing England’s first innings by 196.

On a tough pitch to bat on the free-flowing Mark looked at ease in dispatching fours, while Steve stonewalled down the other end.

The pair frustrated the home side and took the game away with a superb 153-run partnership. Mark going on to score 137.

It was that ability to change the course of a match which amazed and frustrated English supporters. They truly were an incredible force to be reckoned with.

No, not Shane Warne and Ian Healy, although you could make an incredibly compelling argument in favour of those two. But we’ll go with Warney and Gilly, two players who, more than any others, embodied the success of the Australian team throughout the late 1990s and early 2000s.

There’s no doubt Gilchrist was a lesser wicketkeeper than Healy – he lacked the athleticism and textbook precision of his predecessor.

But despite that, Gilchrist and Warne combined for 59 dismissals in their time together in the Test side, a full ten more than Warne and Healy produced, and in four fewer matches. 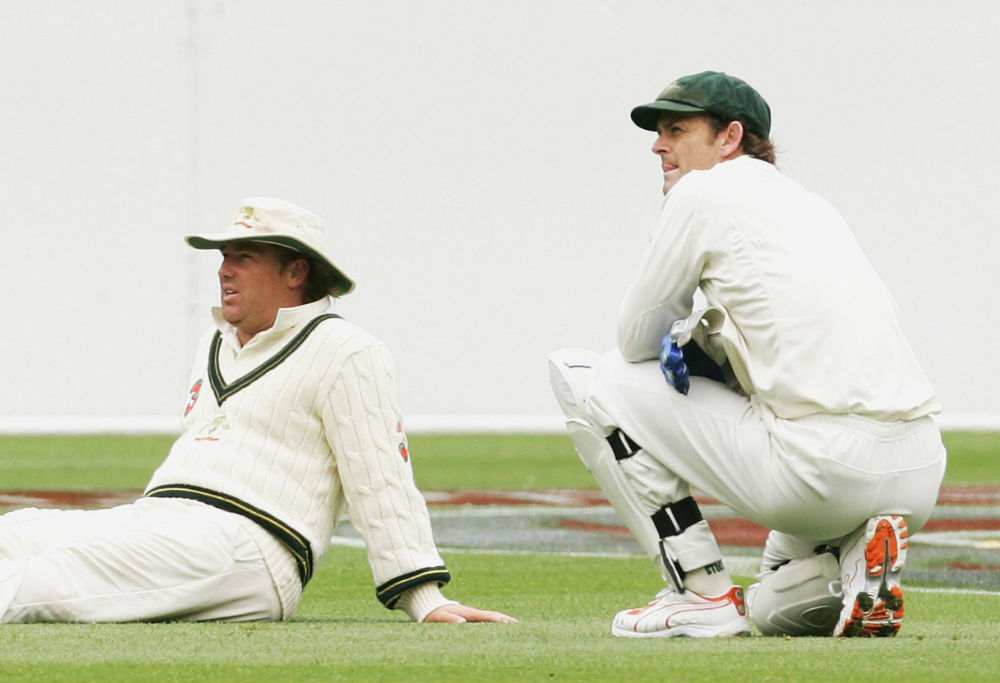 They were also capable of hurting opponents with the bat together, something which was on full display in the final Ashes Test they played together in 2007.

In Australia’s first innings at the SCG, it was Warne who top-scored for the hosts with 71, and he and Gilchrist combined for a 58-run stand that was only ended by an errant umpiring decision.

Had Billy Bowden not incorrectly adjudged Gilchrist caught behind after his bat hit the pitch, the two would have combined for a more substantial stand and maybe, just maybe, it could have led to the maiden Test century Warne never made.

We do know that later in that same match, Warne took his final Test wicket, dragging Andrew Flintoff down the wicket before Gilchrist whipped the bails off. It was the 20th stumping the duo combined for in the five-day format.

The shame of the Warne-Gilchrist combination – other than that it only lasted eight years – was they never saw eye-to-eye.

The beef between the two supposedly started in a Shield match in which Warne mercilessly sledged Gilchrist. Gilchrist later replaced Warne as Australia’s vice-captain, a position which, in 2007, the great leg-spinner said Gilchrist should vacate to allow Michael Clarke to rise through the ranks.

Despite that, Warne still named Gilchrist as the keeper of his greatest Test XI, and the two put aside their differences on the field and combined to great effect during the most successful period for the Australian cricket team.

But the greatest indicator of their impact is that today, more than ten years after Warne retired and over nine since Gilchrist pulled up stumps, we’re still trying to replace both of them.

One wicket for a tie… and this is how you give the opposition the winning run!

The New Zealand skipper became the only player, male or female, to register more than six consecutive 50-plus scores in the format.