Like Jimmy Gator says in ‘Magnolia’, “We might be through with the past, but the past ain’t through with us.”

So it goes for Hassan Whiteside, who left behind Chinese, Lebanese and Sioux Falls basketball for a max contract on South Beach in the NBA. And while Whiteside’s journey is incredible, the ultimate destination still hints at why the path was so long and winding in the first place.

At first glance, it seems unfathomable that Whiteside could have been a second round pick, let alone someone who fell out of the NBA and had to make a living playing ball in Asia and the Middle East. Whiteside is a monstrous physical presence, a sheer specimen to whom ‘seven feet’ doesn’t seem to do justice. Even if he occasionally looks lumbering, he always looks powerful, ready to transform meek horizontal steps into punishing vertical explosion.

He moves with an odd grace that can occasionally be mistaken for (and often is) apathy. He wanders around as though in a dream, his leans and movements performed with strange, unsettling cadences. He’s almost always operating at what appears to be half-speed, in perpetual conservation.

But the devastation comes in the fleeting moments of swiftness, of energy and alarm, a vicious put-back dunk, a cruel elevation in the lane, or his unique power to make verticality a soul-devouring tower over little, inane men. 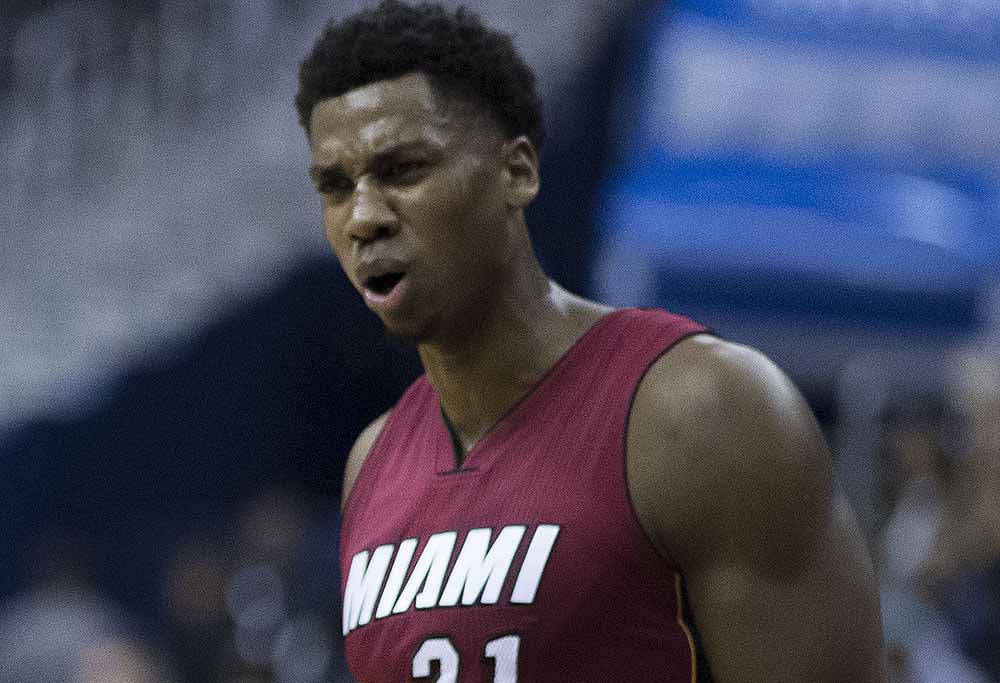 His hook shots look like shot puts, thrown in hope at the hoop. His ‘moves’ off the dribble are confused and mistimed. His mid-range jump shot is more efficient than one might expect – and perhaps a little more fluid too – but it never inspires much confidence.

Most of all, though, as is so often the case, it’s the mentality that betrays the physicality. Whiteside’s investment is intermittent, his application and effort a slave to whatever he’s feeling on the day.

He passes up protecting the rim in favour of snaring the easy defensive rebound and padding his stats. He is a black hole in the post, almost never passing. He runs the floor only if a highlight potentially awaits.

There are games where everything comes together. Where the effort is there and the physical profile is irresistible. Occasionally, there is even some sumptuousness with ball in hand, like his magnificent post-spin move on Taj Gibson the other day, rolling into the rim and throwing down a two-handed slam.

But mostly there is just deflating disappointment… a desire for more made most frustrating by the fact that it’s often fulfilled, but only ever fleetingly.