The SFS rebuild is a complete waste of money

Last week, the NSW government caved in and gave the green light for a complete rebuild of the SFS, alongside the that of the Olympic Stadium, at the exorbitant price of $705 million.

History will look appallingly on an SFS rebuild. This will rank as one of the great white elephant projects Sydney will embark on. And that’s a big feat for a city that has built the cross-city wind tunnel and is embarking on a $30-billion big dig for more freeways of which only one is absolutely viable (Northconnex) – all with taxpayer money, of course.

Sydney needs a replacement football stadium at Moore Park about as much as Pitcairn Island needs a nuclear weapons program. We are talking about a rebuilding a stadium that is presently 80 per cent full or more two or three times a year at most.

The rugby league Anzac Test gets a steady 40,000 audience, while the Sydney Derby in football gets about that too. The odd international rugby union game may sell out but that’s about it.

Otherwise, the three principal tenants: The Roosters, the Waratahs and Sydney FC are now very familiar with the sight of empty seats, or covering large bays with advertising tarpaulin.

Oddly, despite its age, it remains one of the best rectangular stadia in the country, with only the superb Suncorp Stadium in Brisbane and AAMI Park in Melbourne being superior. The sight-lines from each end are great, a large amount of the stadium is protected from the elements, and the new HD television screens at either end are second to none.

It is without question an appalling place if you need to take a pee, with long queues at half time a given even if the stadium is empty. The bars and spaces around the bars leave a bit to be desired, and god knows how you navigate in and out of the stadium if you have a disability.

However, if the NSW government, or the SCG trust, are thinking that crowd numbers are low because of the issues above, or the laughably hard-to-believe safety and security concerns, then they are cheerfully deluded.

The bare fact is that if a stadium of that size hasn’t been able to pull an average crowd greater than 15,000 for its events for the past decade, why do people think an identically sized new stadium would? 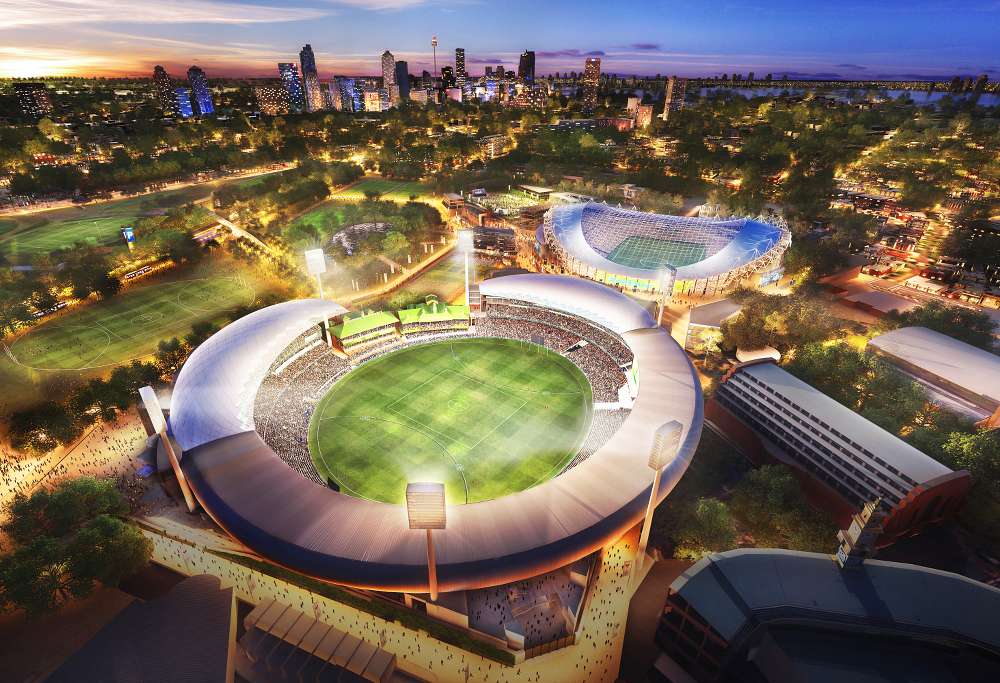 This is a white elephant.

Don’t be fooled by high attendances that will inevitably come in the opening year – along with congratulatory pats on the backs by the NSW ministers and the SCG Trust – people love going to something new. Remember when the Olympic Stadium could pull 110,000 to almost anything when the nation was gripped with the pre-Olympics buzz of the stadium?

The lustre will inevitably wear off. It always does. It’s Sydney.

The herd moves on quickly in this town and moves on even quicker if their tenants either have the smallest fan-base in Sydney (the Roosters), chronically underperform (Waratahs) and the final team unable to convert unprecedented success into sustained crowds (Sky Blues).

A renovation should have been the way to go. A renovation could have addressed all the issues, and at the same time reduce the size of the stadium to make it a more boutique and intimate experience.

The seats behind the goal could be reduced by half, the sideline wings could be trimmed out extensively on the upper tier (especially the Nick Shehadie wing that just bakes in the sun otherwise) and seriously upgrade the facilities. Awnings over the north/south ends to trap in the noise and protect fans from the elements would be welcomed too.

The decision to rebuild an empty stadium with a $705 million like-for-like replacement is simply astonishing, and will be one that this government will long be remembered for in time. Sadly, for all the wrong reasons.