What do Sydney's new stadiums need?

It won’t come cheap. $2.3 billion dollars and these things always blow out. But the decision is made. Allianz Stadium and ANZ Stadium are to be demolished and rebuilt.

We’re told these stadiums are no good. Tired, inadequate and in the case of Allianz, dangerous.

But Allianz Stadium is less than 30 years old. ANZ not even 20. But already they’re condemned, so something went tragically wrong. Mistakes which can’t be repeated this time.

The political debate is on. Whether $2.3 billion could be better spent on schools and hospitals. Even within the sporting world, some of it could be spent on grassroots facilities to encourage participation and so grounds don’t get closed when there’s been a drop of rain in the last three days.

But it’s happening, $2.3 billion for these two elite stadiums.

This time we’ve got to get it right. So what sort of stadiums do we need to build to ensure we’re not going back to the taxpayers in 20 years time for yet another rebuild?

The first thing that needs to be taken care of is ease of entry and exit.

While parking and transport are out of the stadium operator’s control, it’s a factor towards the game day experience.

The farcical scenes after the World Cup Qualifier at ANZ Stadium a couple of weeks ago, when a tree on the tracks over the other side of town that had been cleared long before the game resulted in fans being delayed for hours after the game is completely unacceptable.

But what the stadium design needs to take into account is what happens when you arrive at the ground. Some fans will already have tickets, but others will want to buy theirs at the gate.

There need to be enough ticket windows to enable that process to go by quickly.

Then there are the entry gates. At most events, the crowd will double in the last 20 minutes before the start. And the stadium needs to cater for that.

If there are not enough gates and long queues at the bag searches result in fans missing kick-off, that’s unacceptable. Furthermore, the turnstile scanners need to always work properly.

This is also a factor after the game in order to get the fans out of the ground quickly.

Sadly, at this time in which we live, the question is not if there will be a major terrorist atrocity but when; and mass gatherings in sporting arenas would be a prime target. If something goes wrong, there needs to be a quick evacuation.

There’s plenty of grounds where that looks a problem. At the SCG, for example, where there’s no exit for 160 degrees from the back of the Churchill Stand to the back of the Bradman Stand, and only a narrow tunnel.

Any evacuation would inevitably result in a Hillsborough-like crush.

Even the spiral ramps from the top levels at ANZ Stadium would be panic-ridden chaotic crushes if a mass evacuation was necessary.

Then we find our way to our seats.

The days of wooden benches are long gone. Every seat is plastic moulded. These need to be spacious enough to comfortably fit our expanding waistlines. 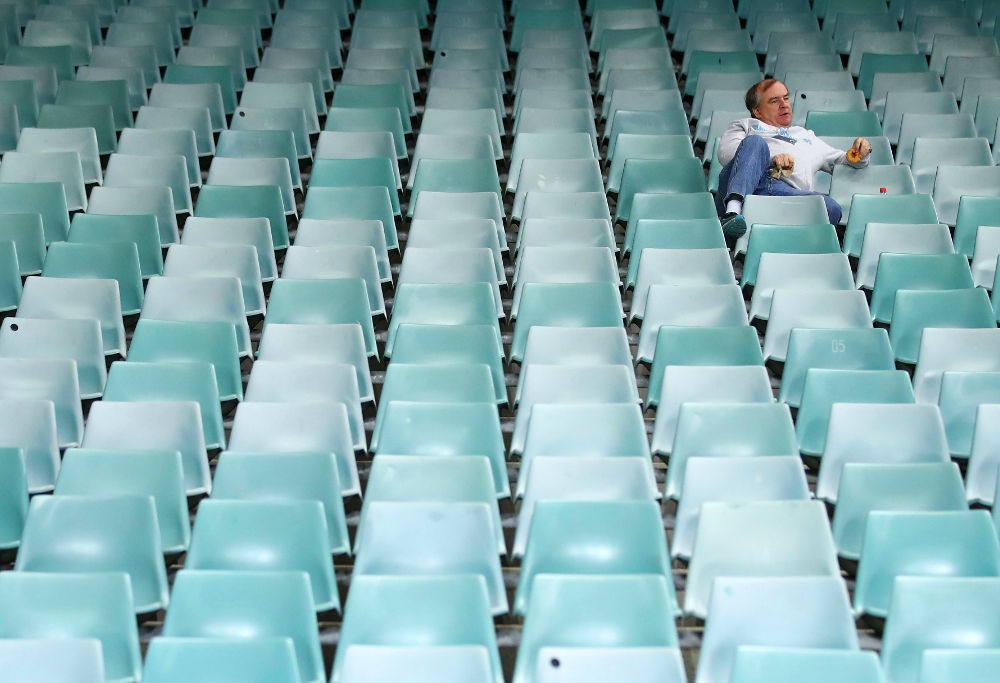 With enough legroom in front to be comfortable, and to allow people to move from the aisle to their seat with ease.

The sightlines are important. Each row needs to be higher than the row in front, enough elevation to allow an easy view over the person in front; even a child behind a basketballer needs to be able to see.

On the eastern side, fans are looking into the setting sun late in day games and during twilight fixtures. Some form of shade would be a comfort to those fans.

Then there’s the issue of protection from the elements. There will be days when there is heavy rain, and lots of it. Whether or not a retractable roof covers the playing area, shelter from the rain is essential.

Crowds are lower when it rains. But when the crowd are all up the back taking shelter and there’s hardly anyone for 30 rows or more at the front, it’s not a good look.

The other advantage of structural shelter is to trap the noise.

Let’s face it, you’ll always get a better view of the action watching on TV than being there. But the reason you go to the games is for the atmosphere.

When the crowd is vocal, screaming support for their team and getting stuck into the opposition and the referees, this is the point of difference that encourages you to come.

Capturing that noise is important.

It won’t always be easy to do. A ground equipped to host high-demand State of Origin games is always going to look empty for a Souths vs Titans game. A ground designed to be capable of hosting Socceroos games will always look empty when Sydney FC host Wellington Phoenix.

There’s no easy answers here. You can put letter tarps over the seating bays on the top level to spell the home team.

Or maybe there’s a way of going further and getting those empty levels out of view completely. But it would need to look more convincing than a set of lit-up roll-a-doors.

And for the view of the game, scoreboards are a must. That can tell you the score, how long to go and more.
Some grounds have massive scoreboards that give action replays.

Allianz Stadium had huge scoreboards put in not long ago. Spotless Stadium has a big board, but only at one end. If you’re at that end, you can’t see it without turning around.

Scoreboards need to be at both ends. Wherever you are at the ground, it’s important you can see one.

The game day experience is increasingly online interactive. Taking selfies at the game for social media, getting stuck into the tweets, even a rant on a Roar live blog – it’s increasingly a part of what we do at games.

Stadium wi-fi is increasingly in demand. Maybe our new stadiums could have battery charge USB ports as part of the seating structure so we can charge our phones at the game.

Then there’s toilet breaks and catering. Having spent big money to get a seat at the game, it’s not right that you’re kept away from your seat for a long time.

There need to be more toilets per patron than is currently the case, especially for women, where the use of urinals isn’t an option in grounds where the portion of the crowd who are women was under-estimated when the grounds were built.

It’s not good enough; more facilities are needed so the queues are shorter.

Unfortunately stadium catering is a rort. Long queues for poor quality food at prices that are highway robbery. Prices aren’t coming down, that’s the reality. 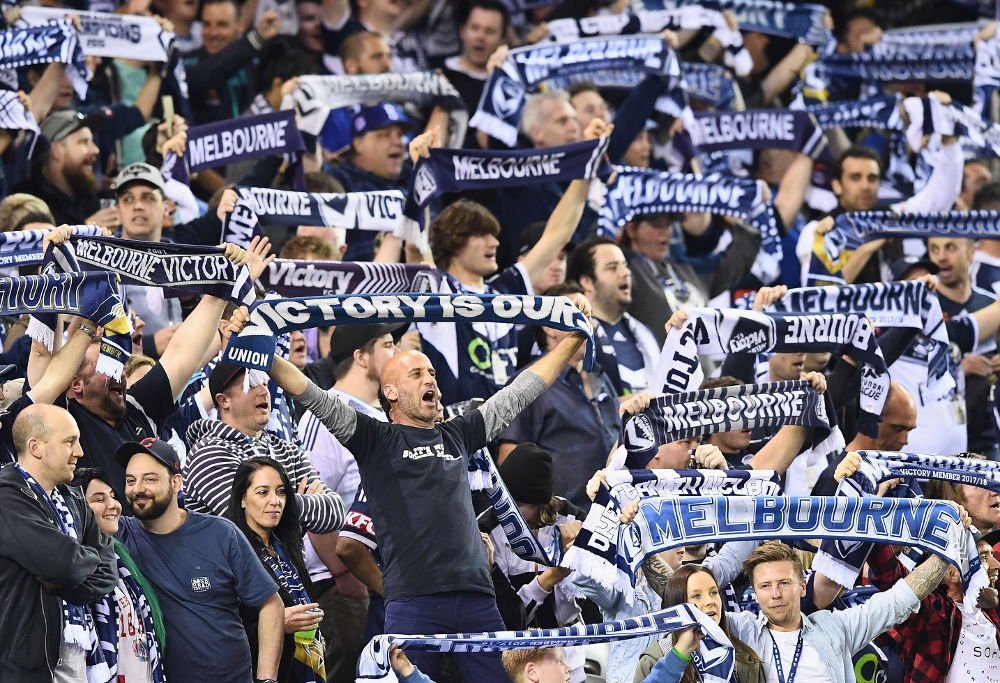 But the quality and variety of the food and drinks could certainly be improved. And there need to be more places open selling it without missing long periods of the game in queues.

And what of the kids, who can get restless and don’t want to just sit for hours? Is a kids zone part of the design for our stadiums of the future?

At GWS Giants games at Spotless Stadium, there’s a kids zone; with a bouncy castle and interactive games. Is this something that has value more widely and something that can be part of our future sporting experience?

But for those who do smoke, an efficient system of pass-outs to enable them to quickly duck out at halftime, have their smoke and get back to their seat before the second half starts is essential.

There’s all sorts of wish-lists for what our stadiums of the future could contain. A chapel of prayer room for the religious? A sensory room to prevent over-stimulation meltdowns? What else?

Work on the SFS will start in about a year’s time. ANZ will be done after the SFS is finished; they can’t both be done at the same time.

We can’t keep going back to the taxpayers every 20 years, so what’s wrong this time is wrong forever. The new stadiums have to be done right.

And when the stadiums are rebuilt, will you go to them more often? If not, there’s not much point in spending this $2.3 billion to rebuild them. 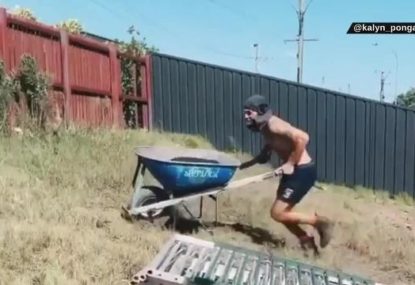