England's match-winners at the Adelaide Oval over the years

With Australia having asserted themselves at the Gabba, the stage is now set for the historic day-night Test to be played at the Adelaide Oval from December 2.

Since their first appearance back in 1884-85, England have played 31 Tests at the venue, winning nine times and losing 17. Here is a look back at some of the men who played pivotal roles in English victories in the ‘City of Churches’.

Billy Barnes (1884-85)
The first Test of the 1884-85 Ashes was the first to be played at the Adelaide Oval. Nottinghamshire’s Billy Barnes did the star turn for England with a brilliant 134 on a rain-damaged pitch, helping his side earn a first-innings lead of 126 after Australia were restricted to 243.

Johnny Briggs (1891-92)
The Ashes were lost by the time the teams arrived in Adelaide for the third and final Test, but some pride was restored thanks to a stellar performance from Lancashire slow left-armer Johnny Briggs.

Jack Hobbs (1911-12)
With the five-match series poised at 1-1, the third Test at Adelaide assumed great importance if England were to regain the urn. After the hosts were shot out for 133, the peerless Jack Hobbs batted them out of the match with a masterly 187 in about five and a half hours, guiding England to a lead of 368.

England’s target was only 109, which was chased down with seven wickets in hand.

Walter Hammond (1928-29)
Wally Hammond, an undisputed great of the game, was at his very best in the fourth Test at Adelaide. He scored 119* out of 334 in the first innings, before Australia edged a lead of 35. Coming in at 1/1 in the second innings, he put the Australian attack to the sword again, compiling 177, thus becoming only the fourth man to score twin tons in a Test.

England went on to win the match by just 12 runs.

Jack White (1928-29)
Hammond was not the only Englishman to pull off a superhuman effort in the 1928-29 Adelaide Test. Somerset’s slow left-armer Jack White enjoyed the finest moment of his short Test career, returning figures of 13/256 (5/130 and 8/126) while bowling close to 125 overs in the searing heat.

This made the difference as Australia, chasing 349, lost by 12 runs to give England a 4-0 lead.

Maurice Leyland (1932-33)
The ‘Bodyline’ controversy reached its peak during this Test, the third of the series with the scoreline locked at 1-1. England were in trouble on the first day, losing their top four with only 30 on the board.

The left-handed Maurice Leyland staged a rescue act, scoring 83 and sharing in a fifth-wicket stand of 156 with Robert Wyatt. England posted a sturdy 341 and ultimately won by 338 runs.

Ian Botham (1978-79)
England, leading 3-1 coming into this fifth Test, had a woeful start as they crashed to 27/5. Enter ‘Beefy’ Botham, who clubbed 74 in 97 balls to revive the total to 169. He was not done yet; his spell of 4/42 wrecked the Australian middle order and handed a five-run lead to the visitors.

His display inspired his teammates – England, defending 365, went on to seal the series with a 205-run win.

Phil DeFreitas (1994-95)
Australia had retained the urn after the first three matches, but England stayed alive in the series with a 106-run win at Adelaide. Mike Gatting’s 117 took England to 353, to which Australia replied with 419.

The visitors were struggling at 181/6 in the second essay when paceman Phil DeFreitas walked out. Against the odds, he blitzed 88 from only 95 balls to help set Australia a target of 263. 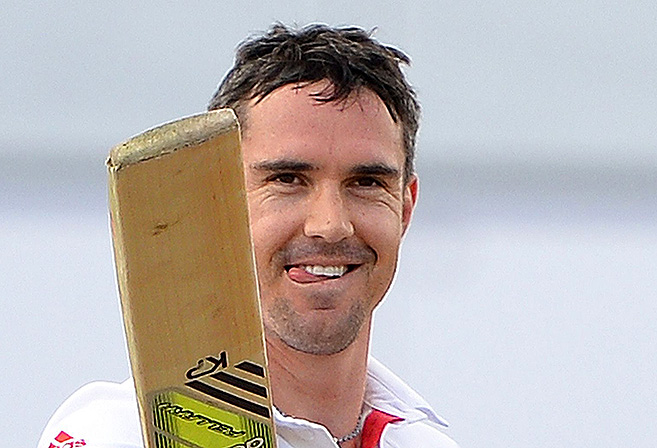 Holders England trounced Australia by an innings and 71 runs in the second Test, thereby taking a 1-0 lead. The flamboyant Kevin Pietersen took charge after Australia were dismissed for 245, scoring a career-best 227 to power England to 620/5. With this knock, Pietersen went past Paul Collingwood’s 206 (made in 2006-07) to notch the highest score by an English batsman at the Adelaide Oval.