Last hurrah of the Poms: Why Adelaide could decide the Ashes

The worry for England – and the Ashes series – is the steepness of the tourists’ Gabba decline.

After seven sessions, with the first Test more than halfway to a conclusion, they were in a strong position. A day later they were gone and by the end on their knees. If the trend continues it could be a swift killing.

Only the first three are available in Adelaide in a match England can’t afford to lose. So, the matters of digging deep into the collective soul and of exploiting the pink ball Test conditions are crucial. Yet, without the realisation of the fourth asset, the Poms have little hope of retaining the Ashes.

The clinical idea of cricket as a team game which simply aggregates individual performances and spits out a result is fine until the heat is on. Sometimes there are exceptional players who provide an exception to the rule. They bring extra strength and belief to those around them.

Ben Stokes is clearly a player capable of this. If permitted to enter the fray, he may bring the x-factor England lacked in the series opener.

Without their biggest gun, though, the tourists have too many frailties. The unproven batsmen were brave at the Gabba but it’s hard to see them influencing the tide of events with regularity. Joe Root fought hard but, to triumph, he’ll need to channel Hammond’s brilliance, Hutton’s endurance, and Jardine’s bloody-mindedness.

The England skipper faces the doubly-daunting task of finding an antidote to his Australian counterpart and of matching his deeds.

Steve Smith apart, Australia isn’t without vulnerability and if forced onto the back foot – as happened last summer against South Africa – it could wobble. Bowlers usually win Tests and when the Proteas upset the Australian apple-cart last summer, they did it with a combination of speed and guile rarely seen in these parts. Few visiting attacks have been as versatile and well-equipped for the conditions. 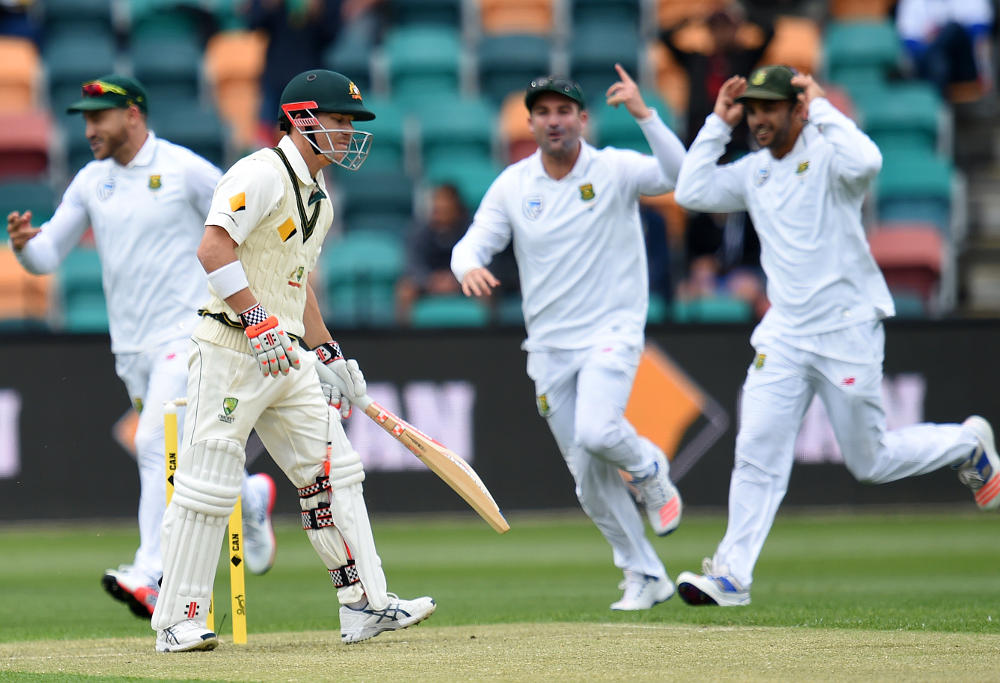 The problem for visiting teams, whichever shores they travel to, is their bowlers infrequently outshine their rivals in conditions more familiar to the latter. England’s best bowlers tend to be of slightly lesser pace but of greater ability to swing and seam the ball than the best in Australia. Over the past four Ashes series in England, this has been decisive.

In Australia it’s different. Notwithstanding their collective 899 Test wickets, Jimmy Anderson and Stuart Broad will rarely be as potent as Mitch Starc, Josh Hazlewood, and Pat Cummins.

As for spin, Nathan Lyon is a different bowler from the one who struggled for much of last summer. He’s now as effective a purveyor of his craft on Australian pitches as there is.

Australia’s other big winners in Brisbane were the selectors. Three controversial changes were vindicated. Shaun Marsh showed he is a batsman of quality, Cameron Bancroft looked every inch a player who belongs, and Tim Paine displayed presence and panache after an early mishap. The trio took this Australian team closer to a sense of completion.

Adelaide’s third day/night Test will be played for high stakes. While few series are won from behind, occasionally it happens. If England are looking for inspiration, they need only go back to 2005 when they lost the first rubber to the Ashes holder. Despite being opposed by Warne, Ponting, McGrath, Gilchrist, Hayden, Langer, and Lee, Michael Vaughan’s team came back and won the series.

So, Australia must turn the screw. For if they don’t, things could yet swing. Someone might tread on a ball during a warm-up and Smith might put England in on a belter. If Stokes then returned in Perth, who knows what forces might be unleashed?