In the absence of leadership, it's time for fans to support their game

Congratulations to the Central Coast Mariners, who not only moved into the top four with a 1-0 win over Perth Glory on Sunday, but did so in front of more than 8,000 fans in Gosford.

The fact that the fixture was brought forward from the original 7pm kick-off to a more palatable 5pm start was a victory for people power.

It was also an indication – however quietly the decision was made – that what’s good for TV ratings is not always good for attendances.

The Mariners deserve praise for working extra hard to try and get fans through the gates, not least by offering entire families entry by purchasing just one $20 ticket, as well as letting immediate family members enter for free if they showed up with a full season-ticket holder.

The Mariners copped a financial loss on the deal, but as chief executive Shaun Mielekamp told the Daily Telegraph, they would have worn a similar loss with the original kick-off time anyway.

And in Daniel De Silva, the 8,115 Mariners fans in attendance got to see a 20-year-old talent who looks increasingly like he deserves to be on the plane to Russia – irrespective of who the Socceroos coach is by the time the World Cup rolls around.

Yet the Mariners clash was a rare bright spark in an otherwise forgettable A-League round. 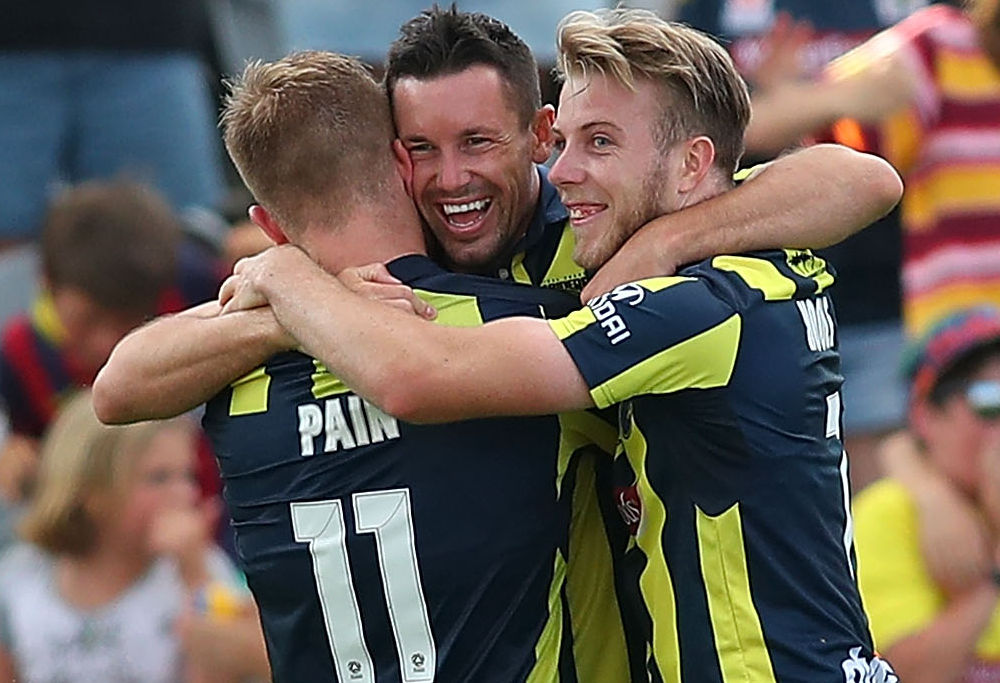 It didn’t help that the weather was diabolical for three of the fixtures, and Adelaide United and the Newcastle Jets might reasonably have anticipated their largest attendances of the season otherwise.

What’s the excuse at Wellington Phoenix? Just 5,765 fans turned up at Westpac Stadium to watch them capitulate to Melbourne Victory, less than three weeks after 37,000 fans turned up at the same venue for New Zealand’s World Cup playoff against Peru.

It will be interesting to see what FIFA makes of Wellington’s participation in the A-League when they take a closer look at our affairs, especially after New Zealand went close to knocking Peru out of the race for the World Cup finals.

It’s not a question of a team from one country playing in the league of another – successful sides like Monaco, Swansea City and Toronto FC are all testament to that.

But ten years after their foundation, the Phoenix add little by way of metrics, and it’s increasingly difficult to justify their existence when cities like Canberra, Geelong and Wollongong are all crying out for A-League teams.

Will a normalisation committee care about crowd figures? In a highly competitive marketplace where professional teams are forced to fight hard for every dollar, they should.

And A-League clubs who have complained vociferously about being hamstrung by Football Federation Australia’s centralised control had better start thinking up some marketing plans, because promoting the league may soon be in their hands.

At least the football in Round 9 was of a decent standard, and although Sydney FC were more methodical than mellifluous in their win over Adelaide, the rest of the fixtures were all reasonably entertaining affairs.

Brisbane Roar picked Western Sydney’s pockets with a couple of superb goals at a wet ANZ Stadium, while Melbourne City performed a similar smash-and-grab raid on the desperately unlucky Jets.

Melbourne Victory may have kick-started their season with that come-from-behind victory over the Phoenix, while the Mariners have been one of the genuine surprise packages of the season.

A more competitive A-League is a good thing, even if it comes at the expense of a few of the so-called heavyweights.

But what the competition may need – should the FFA be forced to relinquish control – is for fans to stop waiting for perfect footballing conditions and to start turning up in support of their teams.

At the end of the day, the only thing stopping the A-League from getting bigger crowds is the fact that thousands of supposed football fans choose to stay away each weekend.

FFA deserve their share of the blame, but the rest of it lies with us.