A world cup final for the ages

On Saturday evening I sat down to enjoy the final game of rugby league for 2017 thinking, “Well, England haven’t really been that impressive so far and will struggle against the mighty Australia”.

I was predicting a game where it was fairly even early on but where Australia would eventually ascend and run in a few tries at the back end to blow the game open.

I’ve never been happier to be more wrong, as the two nations produced one of the best games of rugby league I’ve seen in over 20 years following the sport. Who could have predicted that Boyd Cordner’s 15th-minute try would decide the match?

The game was brutal, tense and had a bit of everything that would please even the most ardent critics of the tournament. Unfortunately for England their main man, Gareth Widdop, had his worst game of the tournament with a couple of wayward passes, but as a Dragons fan I’m just glad he, Tyson Frizell and James Graham got through the game unscathed. Likewise Tom Burgess had a forgettable match, with a couple of dropped balls late in the contest.

England had plenty of chances through winger Ryan Hall early on, a superb intercept by Jermaine McGillvary in the 45th minute as he streaked away and then in the 64th minute when centre Kallum Watkins found space only to be ankle-tapped by Josh Dugan. If the Sharks-bound centre missed, I’m fairly certain England would have scored. 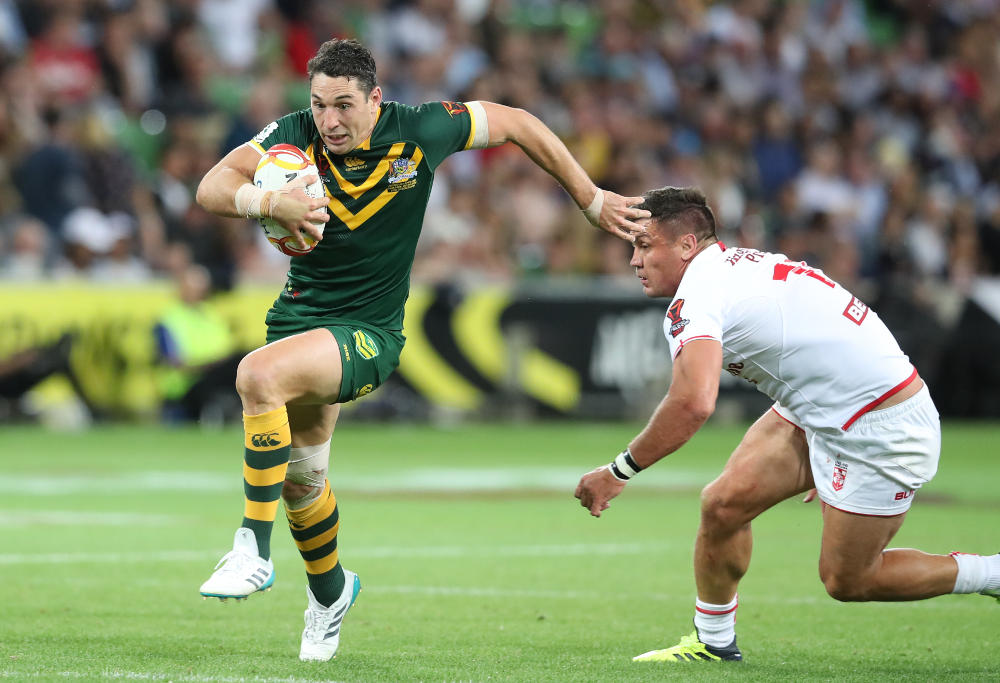 Even with the clock winding down there was still time for more excitement as England made a break down their right flank through Watkins before passing inside to McGillvray, whose grubber unfortunately found Morgan. Replays showed two unmarked teammates on his left, but you could hardly blame the winger for that.

Last week I wrote about Origin needing to make way in order for international rugby league to grow, and I stand by that. This game did more for the game than any Origin contest over the last 12 years, a period dominated by Queensland.

England were in their first final since way back in 1995, while Australia were battered and bruised but had the pressure on their shoulders after storming through the tournament. Both sides provided a thrilling contest that was a great advertisement for international rugby league, long lambasted as being too one-sided.

After the game I checked Facebook, which is usually the place for warm, fuzzy thoughts, and there were a lot of people calling the game boring, dull, et cetera, which is just so wrong. The game was brilliant and a great spectacle, a fitting end to what has been a wonderful tournament.