The Cairns Taipans and Brisbane Bullets beat Melbourne United and Sydney Kings respectively on Saturday night and it’s hard not to be happy to see undermanned, under budget teams beat those with the deepest of pockets.

There was a double-header in the NBL on Saturday night for each of the two Queensland teams, who are undermanned through injury and certainly not operating on a big budget against the two clubs with the most money spent on their playing squads and hailing from Australia’s biggest cities.

The double-header got underway with the Bullets returning from losing on the road to the New Zealand Breakers on Thursday night to face the Kings at Qudos Bank Arena.

Despite the absence of Anthony Petrie and Matt Kenyon and the continuing lack of star big man Cam Bairstow, who has undergone a knee reconstruction, the Bullets recorded their first road victory in over a year, beating the Kings 85-77 in encouraging fashion.

It was then on to Cairns, where the Taipans hosted the highly-fancied Melbourne for the second time in the past month. They once again shut United down, holding them to just 70 points on the way to the 79-70 victory.

While Sydney was in its own right not at full strength and Melbourne has its own problems with chemistry at the moment, they do have fewer excuses and deserve less sympathy from the outside given the money they spend on players and the resources they have.

The Taipans have long been fighting above their weight division, battling in the smallest market in the NBL and not able to spend up to the salary cap. But heart, character and being well-drilled counts for a lot, and they once more showed that with the nine-point win over Melbourne. 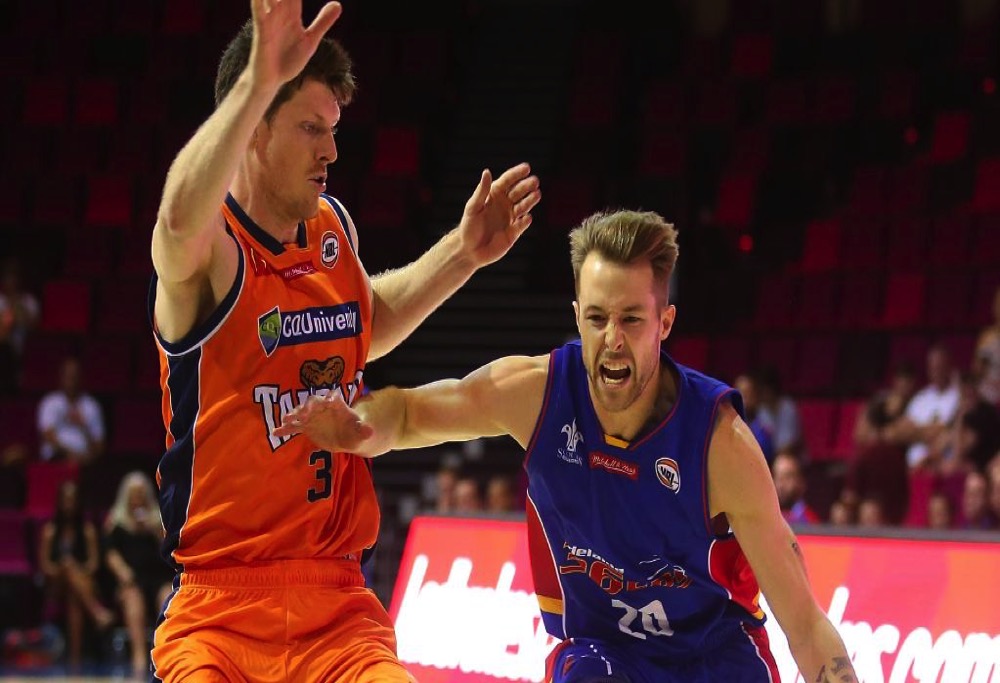 Brisbane Bullets
Meanwhile, the Bullets are a work in progress in their second season back in the NBL and they at no point so far in 2017-18 have had their full roster available. However, their smooth offence got the job done with an improved defence to beat the bottom-placed Kings on Saturday.

Sydney and Melbourne continue to promise the world and deliver little, particularly the past season and a half since the salary cap rules were eased to allowed their owners to open up the chequebook and put together star-studded rosters.

That’s certainly not the case with community-based teams like Cairns and the Illawarra Hawks. The Bullets also don’t have the same resources available as Sydney, Melbourne, Perth or league-leaders New Zealand do.

But when you see the Bullets beat the Kings and the Taipans overcome United, it’s hard not to feel like there’s still room for the underdogs to flourish.

Looking at the Bullets, they have been strongly competitive this season despite not having won on the road since handing Perth its biggest ever loss at Perth Arena on 1 December 2016.

They had put in some encouraging showings, though, and eventually broke through at the expense of the Kings on Saturday night.

More importantly, it was a four-quarter performance from the Bullets, and after struggling on the glass in New Zealand on Thursday, they dominated the Kings in that area with 42 rebounds to 29.

The Bullets still face an uphill battle to make the playoffs, currently holding a 5-8 record, and will still be without veteran forward Petrie and emerging guard Kenyon for a little while longer.

But coach Andrej Lemanis likes the way the group is coming together.

“One of our issues has been that we haven’t had our 11 contracted players available for a game yet and it’s not going to happen for a while with Peach out until sometime in January,” Lemanis said.

“What that does is it disrupts you from finding a rhythm with who is coming into the game when who plays well with who and what times of the game we should have certain combinations.

“That all takes time, and while we’ve had injuries the last three or four games, at least we’ve had the same team available so that has allowed us to find some chemistry. We’ve moved Scubs (Stephen Holt) to the bench, with Gibbo (Adam Gibson) coming back in and he’s providing us with that nice scoring punch as well as his defence.

“Reubs (Reuben Te Rangi) is playing with some confidence now and is fulfilling his role and Brucey (Shaun Bruce) is coming in and giving us some energy.

“It’s important that everyone comes in and provides energy, and that you win and lose as a team. I thought in this game that served us well and that over the course of 40 minutes we were able to wear them down.” 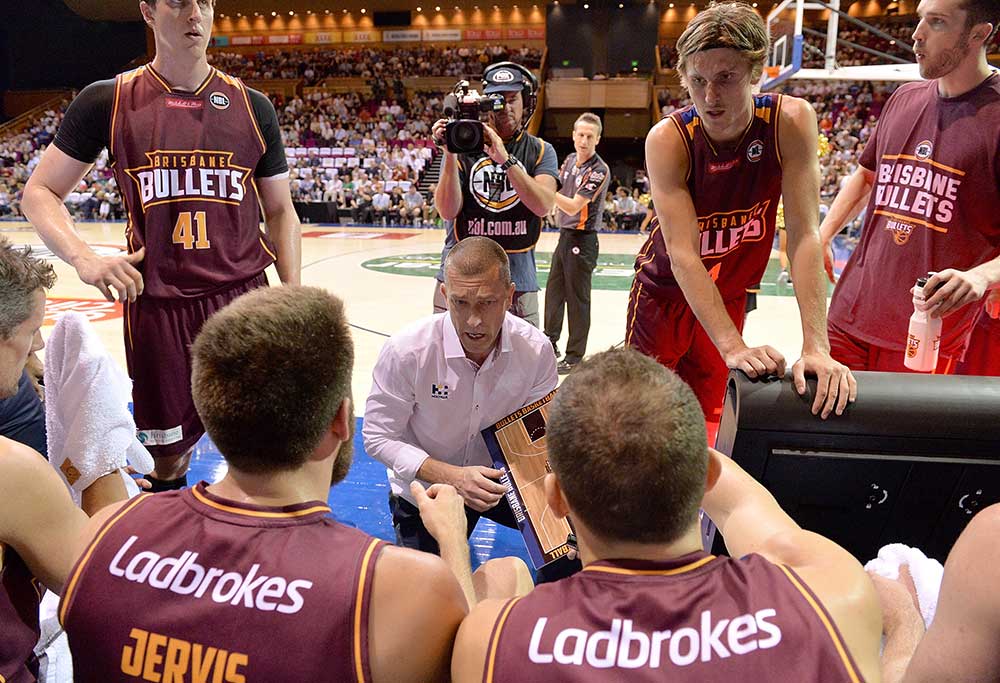 Cairns Taipans
Then with the Taipans, they have only had the services of imposing big man Nate Jawai for one half of a game this season while exciting small forward Michael Carrera has only played just over four matches. Experienced and versatile forward Stephen Weigh has also missed the past three matches.

That only makes what the Snakes are currently doing all the more impressive.

Without that offensive firepower that they would have with Jawai and Carrera out there, they have focused even more so on slowing the game down, running their offence methodically at times yet efficiently while knuckling down tremendously on defence.

Once again on Saturday night they kept a hugely offensively talented Melbourne team to just 70 points. The Taipans have now limited their opponents to just 73.2 points over the past six games of which they have won four.

The Taipans held United to shooting 37 per cent from the field, 36 per cent from downtown and then performed efficiently themselves with eight turnovers and shooting at a better clip across the board.

Taipans coach Aaron Fearne knows his team has had to play a little different in the extended absence of Jawai and Carrera.

He couldn’t be happier with the way his players are delivering for the most part.

“We are defending really well right now. That’s five or six games in a row where we are defending at a pretty good clip from a points against point of view and we really have to,” Fearne said.

“We are down some key guys from a scoring perspective and we have to win games by defending, rebounding and trying to get out in transition to get easy baskets and create fouls.

“We want to frustrate the opposition with the way we play on offence by moving the ball and with each other. We can still get better with that but overall there’s a lot to like with that we are doing.” 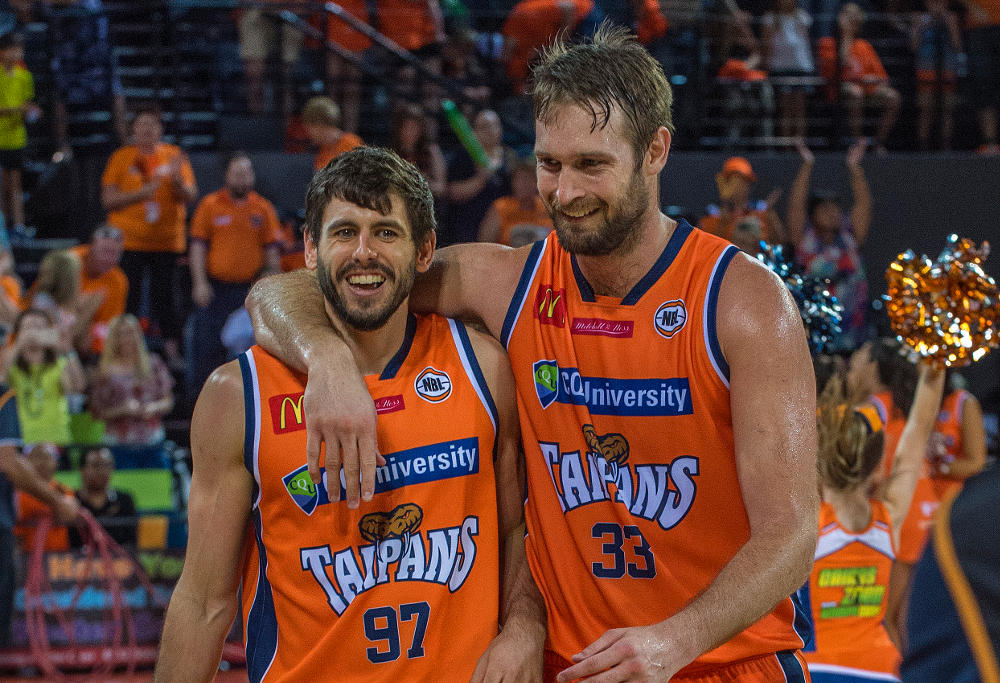 Fearne was coaching his 250th game in charge of the Taipans on Saturday night as well, so it was a memorable night for the man who previously was a foundation player at the club and an assistant coach before taking on the head coaching role.

He is every bit as much a part of the Taipans as anybody over the history of the club, but in typical modest fashion all he is worried about is continuing to make sure the Snakes keep fighting above their weight and remain a strong, competitive team against the powerhouses of the NBL.

“A lot of that just comes back to your culture for me and culture enables you to have longevity by getting good people with hard-working coaches and good character players who want to play a certain way,” Fearne said.

“A lot of credit goes to the players obviously and they have to buy into what I’d like to put in place and how I’d like us to play.

“It has been a tough nine years from a club point of view trying to compete every year with a lot of people doing a lot of hard work behind the scenes to make this thing happen. I just want us to keep growing and keep succeeding, and ultimately competing at the end of the day.”

We have another double-header where the Hawks and 36ers try to take care of business at home against the two NBL dominant teams. It starts with Illawarra hosting Perth before Adelaide plays host to New Zealand.