Melbourne United thrashed the Sydney Kings to close NBL Round 9 on Monday night but for the victors it taught us nothing new while it certainly did signal for the losers that this season is on track to end horribly.

Melbourne came away with the emphatic 95-69 win in front of more than 8000 fans on Monday night, but for United it’s a win that does little to change their standing this NBL season.

They have still failed dismally against the top two teams, Perth Wildcats and New Zealand Breakers, and have had two poor showings in Cairns. Taking advantage of the bottom placed Kings who delivered their worst effort of the season to date shouldn’t be given too much credence.

For the Kings, though, you can well and truly write them out of playoff contention now and the positive signs since the arrival of Jerome Randle and Jeremy Tyler have been swept away following poor showings in Round 9.

It started with a home loss on Saturday night to the second last placed Brisbane Bullets. That’s a game that the Kings should have won if they were to be any chance of making any sort of run through the second half of the season.

The Kings just failed to fire down the stretch after a good enough first half. Despite new arrivals Randle and Tyler combining for 45 points and 10 rebounds, they didn’t get enough help with Perry Ellis struggling with his shoulder and Kevin Lisch and Todd Blanchfield still absent.

But a team still featuring Randle, Tyler, Brad Newley, Jason Cadee, Tom Garlepp, Isaac Humphries and even a wounded Ellis should have been able to beat a Bullets outfit who had played in Auckland two days earlier and were down on manpower themselves in the absence of Anthony Petrie and Matt Kenyon.

Brisbane was better coached, better drilled and could execute better when it mattered most and even with a greater desire to win, they kept their own season alive with the eight-point victory.

That just happened to the Bullets’ first win on the road since handing Perth its greatest ever loss at Perth Arena on December 1 last year.

That only makes it a worse defeat for the Kings. Clearly it took the spirit from them too because what they delivered Monday night in Melbourne was nothing short of embarrassing.

They were never in the contest and ended up losing by 26 points against a team that had been humbled themselves just two days earlier in Cairns against the Taipans.

The Kings can point to the absence of Lisch and Blanchfield, and clearly Randle wasn’t 100 per cent, but with the amount of talent they have, those excuses just don’t stack up when you watch a team lacking direction, spirit, a definite game plan and most importantly, discipline. 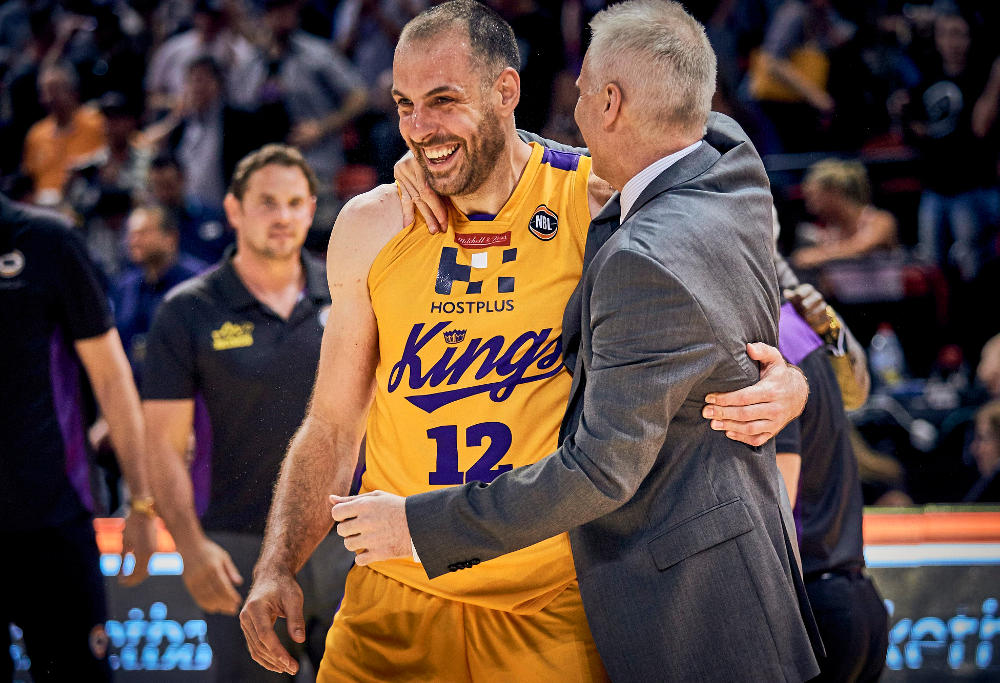 Tyler has the potential to be a dominant centre in the NBL, but he can’t do that when he constantly gets himself into foul trouble through soft calls that have him riding the bench. Newley might have had 18 points, 10 rebounds and five assists but he doesn’t look to be enjoying his time whatsoever and shot just 6-of-15 from the floor.

Cadee then offered only three points on 1-of-7 shooting and the bench only provided a combined nine points. Garlepp, the bench player capable of offering the most, played just three and-a-half minutes.

The loss puts the Kings to a 3-12 record. To make the playoffs they can probably only afford to drop one game in the remaining 13.

That’s not going to happen. But with nine home games to go, the Kings must find a way to give their fans a reason to watch them play. Most importantly, management needs to now plan for 2018-19 and work out which players they want back, and start building that chemistry now.

It’s crucial the Kings are the best prepared team come next season after the horrible personnel decisions made this season. They can get a jump for 2018-19 by some good management now by backing in the players they want to return and build their chemistry.

It’s tough watching coach Andrew Gaze go through such a tough time at the Kings.

He himself hasn’t given up hope on his team but wants to get their chemistry right before worrying too much about where they sit in the context of the season.

“I enjoy the fight. I enjoy the battle. I enjoy trying to figure out a way to get out of this and how to turn this around. As long as my arse points to the ground, I won’t be quitting. Now that might be taken out of my hands don’t get me wrong, that’s the nature of sport, but I don’t quit,” Gaze said.

“We figure out a way to inspire the guys and get them on the right page working together, and changing our goals to try and get some joy out of competing.

“We try to find a way to enjoy the company of the players and if we do that, a significant portion of the battle is won. Then we figure out how to win after that.” 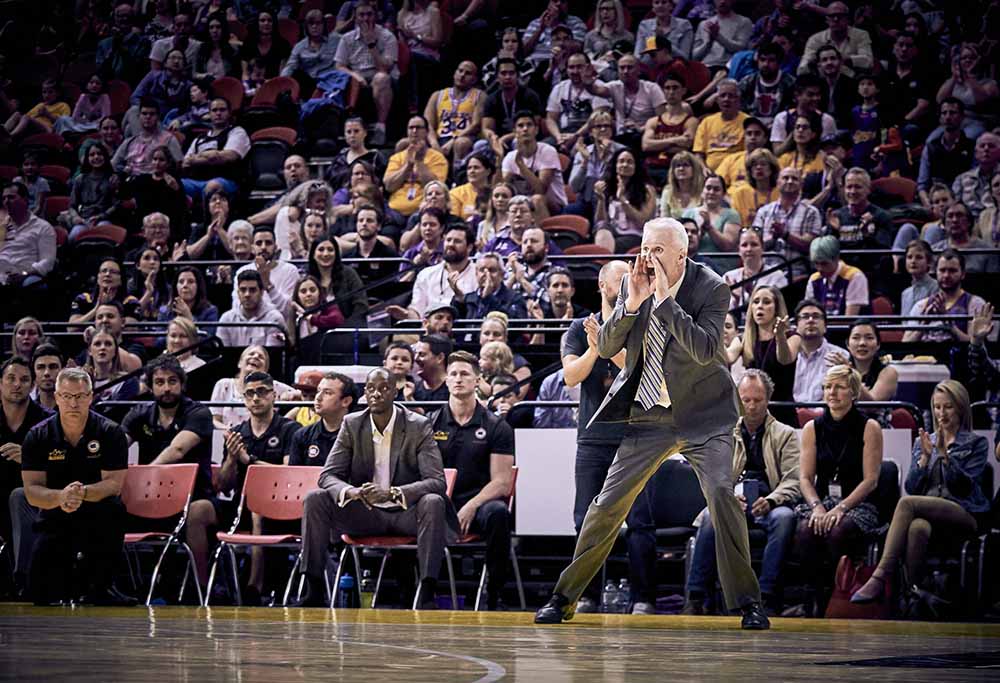 Meanwhile, for Melbourne United, watching the television coverage and listening to the commentary team, you would think that the win over the Kings makes them championship favourites once again.

But let’s be real. They were playing a team that showed no heart and was barely competitive. While there were great signs from the team on the night, it really counts for little until they can deliver it against better teams or in more hostile environments.

Make no mistake, it was great to see Chris Goulding rediscover his shooting form nailing 7-of-11 from three-point land for a season-high 23 points. On top of that, Casey Prather provided 21 points, Josh Boone 17 (17 rebounds) and Casper Ware 15 (seven assists).

That is the first time this season that the four stars have all shone on the same night. If they can do that on a more regular basis and especially against Perth and New Zealand, Melbourne can still have a big impact this season. But until they do that, they can’t be considered in that category.

It’s not just against the Wildcats and Breakers that Melbourne need to lift either. They have now lost twice in Cairns scoring against a combined 139 points which for a team with so much firepower, no matter how well the Snakes play against them, just isn’t good enough.

There’s no question Melbourne has the personnel to threaten the championship.

But winning in places like Cairns and this weekend coming Illawarra, is where they need to start making a statement before their five attempts against Perth and New Zealand over their last 10 games this season.

United coach Dean Vickerman is fully aware that while the signs were good against the Kings, doing it against the top teams of the competition is what matters. 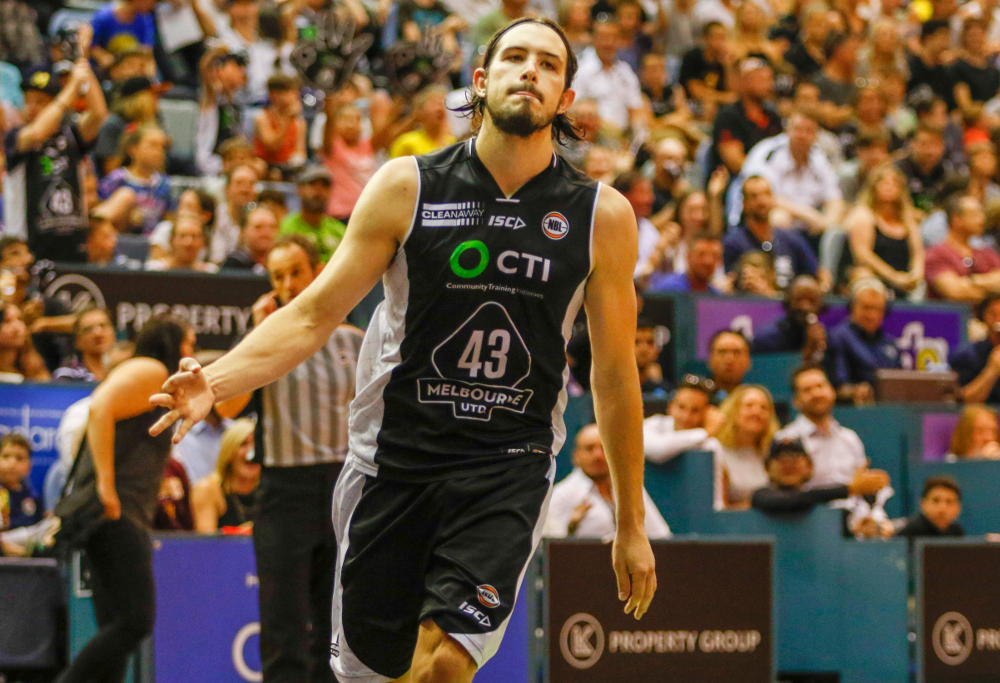 “We took a little step forward by trying to solve the problem of getting the most out of all our talent. It was good tonight but until we make the improvement on the road it’s nothing,” Vickerman said.

“The defence of Cairns, Perth and New Zealand are the ones that we are going to have be able to compete against, and obviously Illawarra on their home floor is our next challenge. We know how disruptive they can be and it’s another challenge for us.”