I’m one of those silly blokes who loves racing for the aesthetics – what I want most of all is watching champion horses with champion jockeys race against each other in championship races over varying distances and race conditions.

Simple? Don’t you believe it!

Now that the Melbourne spring carnival is done for another year and they appear to have mangled it even more with little tweaks here and there, why doesn’t Raving Victoria (easier to say than VRC, MRC and MVRC) tackle some of the real issues?

For example, why is the Victorian Derby and Victorian Oaks still run over 2500m?

Three-year-olds are technically only three months old into their year when they contest the Derby and Oaks, yet they run at the longest distance of all the Australian state classics.

By comparison, the Australian Derby and Oaks, run at Royal Randwick some five months later in the autumn, are set at 2400m.

Almost everyone else in Australia is falling over themselves to reduce the length of distance races, but the VRC insists on retaining the 2500m for the Derby and Oaks, for what reason?

Tradition? I doubt it. I think they are just lacking practical common sense and some imaginative fortitude.

Even the great Lee Freedman asked this same question years ago. Why not do one of two things – reduce the distance to 2000m, or relocate the blue riband classics to the autumn, when three-year-olds will be older, more mature and stronger. 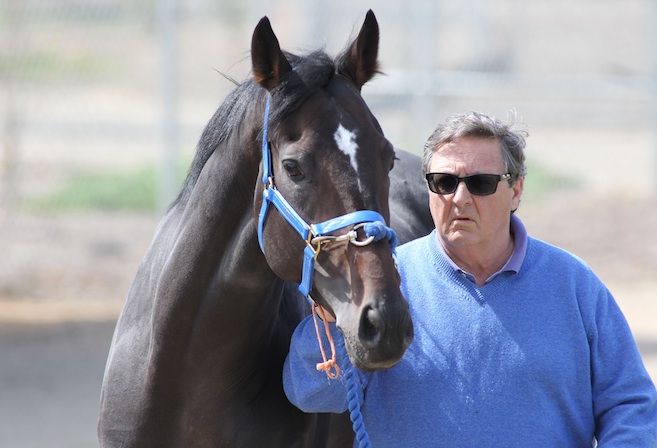 But no dammit, they’re going to stick at 2500m in the spring, just because they can!

I have a solution. A compromise. I’ve seen overhead shots of Flemington and down near the possible 2200m location near the Maribyrnong river is an entrance onto and off the race track.

It’s difficult to see what’s here exactly, but it might be maintenance buildings. A 2200m shute could be set up with a little tinkering.

Presto, running the Derby and Oaks in the spring at 2200m is a little less stressful on the young horses. 300m might not seem like much, but it could help the horses enormously.

While we’re at it, return the Mackinnon Stakes to Derby day as another potential Cup trial, and re-introduce the CB Fisher Plate on Stakes day as the marathon weight-for-age race at 2200m. In the old, old days, this race was run at a mile and a half, equivalent to 2400m.

With Australia and New Zealand seemingly abandoning the idea to bother with breeding stayers, it’s now left to overseas interests to hold up our great spring distance races, but for how much longer?

Anyway, if overseas connections are going to bring horses out here for the Melbourne Cup, perhaps for just a few more bucks they might as well bring half a dozen, instead of just one or two horses.

They can have their one or two Caulfield Cup-Melbourne Cup entries along with, say, one or two Cox Plate-Mackinnon Stakes-Fisher Plate entries and maybe one each to contest the Derby and Oaks at a more realistic distance.

And let’s not forget the good mile and sprint races still on offer throughout the Melbourne spring carnival.

One day the marathon race in Australia might be over 1600m. But for the moment, let’s enjoy and be thankful there’s still plenty of good races over 1600m.