Did Jarryd Hayne warrant a side-door exit from Sydney Airport?

I’ve been to many airports to welcome – and see off – rugby league teams.

Roughly this time last year at Heathrow Shane Warne emerged from customs with a bodyguard and waved at waiting cameras. Except they weren’t waiting for him.

We were all there for the Cronulla Sharks, in town for the World Club Challenge. Warne shrugged and walked on.

When the Australian Four Nations side lobbed into Manchester the previous October the cameras were ordered outside. You need prior approval to film inside Manchester Airport along with many, many others around the world.

But I want to talk about airport officials in Australia, who, presumably with the help of customs and immigration, help sports people out the side door when they arrive back in the country.

Wayne Bennett was offered and took this option in 2005 after his Australian side returned home losers in a series for the first time in 28 years. In 2015 Sam Thaiday even playfully made reference to this when Bennett and Mal Meninga were enjoying some banter. 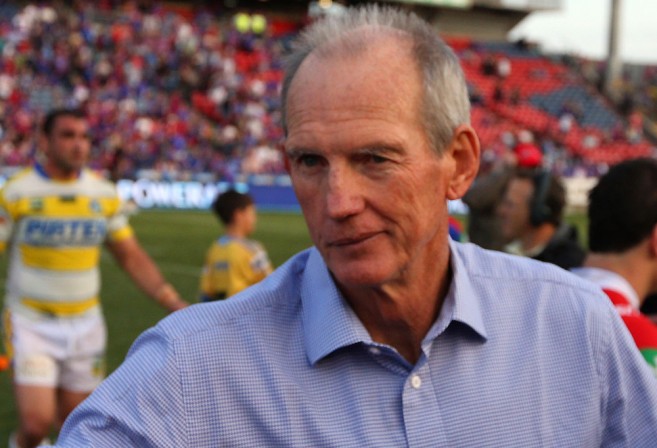 And last week Jarryd Hayne appeared to receive favourable treatment after he returned from Israel as a US civil case alleging rape hung over his head.

In these cynical times it is easy to think of the media as nothing more than a commercial entity desperate to be fed raw material which it can then lace with ads and pass on for the public’s titillation and entertainment.

But no matter how bad things get, democracy does need a free press to operate properly. If you don’t know what your leaders are doing, you can’t make an informed decision on whether to elect or re-elect them.

I’m a bit idealistic like that; I still think the job of the news media is to tell you what’s going on, not flog stuff to you. That should just be a by-product of the media doing its job, not its modus operandi.

I know; I probably still believe in the tooth fairy too…

But I don’t see how people who are paid from the taxpayer’s purse should be protecting people from scrutiny just because they are famous by ushering them out the side door of a secure area like the customs hall.

I have no personal interest in door-stopping a troubled sportsman at an airport; I personally don’t care what door they come out of.

But on principle it seems wrong to me. How was it in the national interest to help Wayne Bennett or Jarryd Hayne avoid answering difficult questions?

I mean, it’s okay if it’s the Beatles. There is a public safety imperative in stopping young girls getting trampled and an airport terminal grinding the halt. But only a select few would have known about Hayne’s arrival and the fact Bennett had just lost a football match.

If customs and immigration work for us, they wouldn’t be trying to protect someone who is accused of – and sure, strenuously denies – a serious crime. They wouldn’t be hanging them out to dry, mind you, either.