Beneath the harsh criticism and ardour expressed by football fans lies a sense of pride and optimism in seeing a future prospect break into the first team.

Since the disbandment of the NSL, Australia’s youth development has been scrutinised for its inability to produce players who possess the quality to make it in Europe like many before them.

To say there aren’t talented youth out there would be naive. The attention should instead be shifted towards bridging the significant gap between football at a grassroots and professional level.

Expansion will contribute to harnessing youth, though for some it may be too late, which is why until that occurs an effective system must be implemented.

A lack of funds has stunted the potential and legitimacy of the National Youth League. Having youth compete in their state NPL may benefit endurance and physicality but the significant gap in professionalism restricts players from achieving their potential.

If you need convincing then look no further than what a spell on loan did for Aaron Mooy.

The Championship and the A-League may be chalk and cheese but like England’s lower leagues, granting youth opportunities at a professional level is something the A-League can achieve through a loan system.

The vast international fixtures during the launch of the season have become a blessing in disguise, providing opportunities for a range of starlets such as Jacob Italiano (Perth Glory), Nathan Atkinson (Melbourne City) and Christian Theoharous (Melbourne Victory), who are all met with the ‘he’s one of our own’ chant when they come on the field.

These players have taken a significant step in their football careers this season, providing a unique aspect to the on-field dynamic of their respective clubs.

In addition, allowing youth to be loaned out domestically will provide an alternative to moving overseas, perhaps before they’re ready.

There has been much debate over what is best for the development of Australian youth when big European clubs come knocking. It would be difficult to refuse an offer from a club the size of Liverpool or Ajax, however every player’s career path is different. There is no set way for these players to make it.

Sebastian Pasquali’s departure to Ajax is one which raised a few eyebrows. The then 16-year-old had broken into the team at Melbourne Victory before swiftly joining the Ajax academy. He now plays most his minutes in the Under-19s.

While staying at Victory would have guaranteed Pasquali a greater chance of first team football, this is not to say he made the wrong decision. 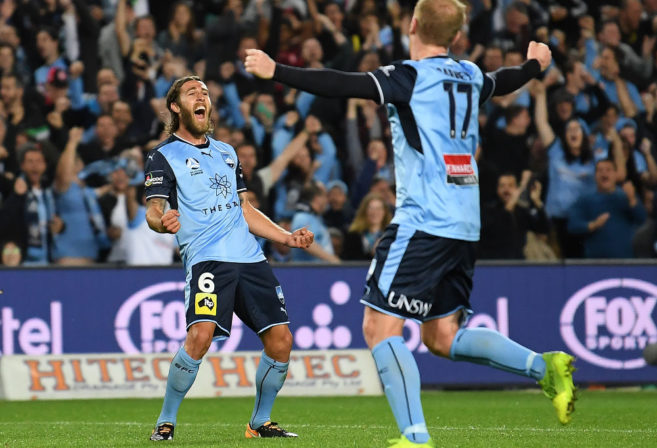 Josh Brillante and Danny De Silva were also in this bracket and were forced to return to Australia. But they have reinvigorated their careers, immersing themselves in a new football culture where they would have gained a greater understanding of what it takes to make it in Europe.

Returning to the A-League following a stint in Europe should not be looked down upon. Brillante, De Silva and even Thomas Deng have shown how returning and establishing themselves as pivotal players in their squads has bolstered their ambitions for a European return.

Although, as mentioned earlier, every player’s career path differs from the next, amplifying the significance of a loan system.

Unfortunately, when it comes to youth development there is a conflict of interest among the FFA. Youth development is a top priority for the FFA and while fresh faces will buoy existing fans, it will do nothing towards enticing new fans who would rather see established stars.

While it is very rare a club would tick all these boxes, it does not leave a lot of wiggle room for youth to come through. Funnily enough Perth Glory are the only club to have granted visas to five players this season and have simultaneously blooded the most youth.

Is it then worth reducing the amount of visa spots to four? Or even re-surfacing the proposed idea of a 3+1 concept where the extra player counts as an Asian marquee?

The future of prosperous youth in Australia is a delicate issue and is one where there is no set-in-stone way of addressing. But what the FFA can do is help improve it by providing alternatives, such as the option of a loan, to help players fulfil their potential.