We’ve heard of ‘Warren-ball’ to describe the mid-field crash-ball game of Warren Gatland’s Wales and his 2013 British and Irish Lions.

We’re maybe too familiar with the territory-oriented percentage play of ‘Jake-Ball’ at the 2007 Rugby World Cup, and its manifestations at the Brumbies and Sharks.

Likewise in Australia we hear a lot about the nearly mythical invincibility of ‘running rugby’, which has our Kiwi cobbers scratching their noggins when they quite rightly observe the All Blacks play a pretty handy brand of it as well.

But to get bums on stadium seats and in front of TV sets the re-branded big cheeses at Rugby Australia have given Michael Cheika carte blanche to reinvigorate this apparently lost Randwick rugby art and save Aussie rugby in the process.

So what exactly then is this style of ‘Cheika-Ball’ in the Wallaby context, besides run the ball like headless poultry? We maybe can be forgiven for asking this from what we saw from the Wallabies in 2016 and at various stages in 2017. 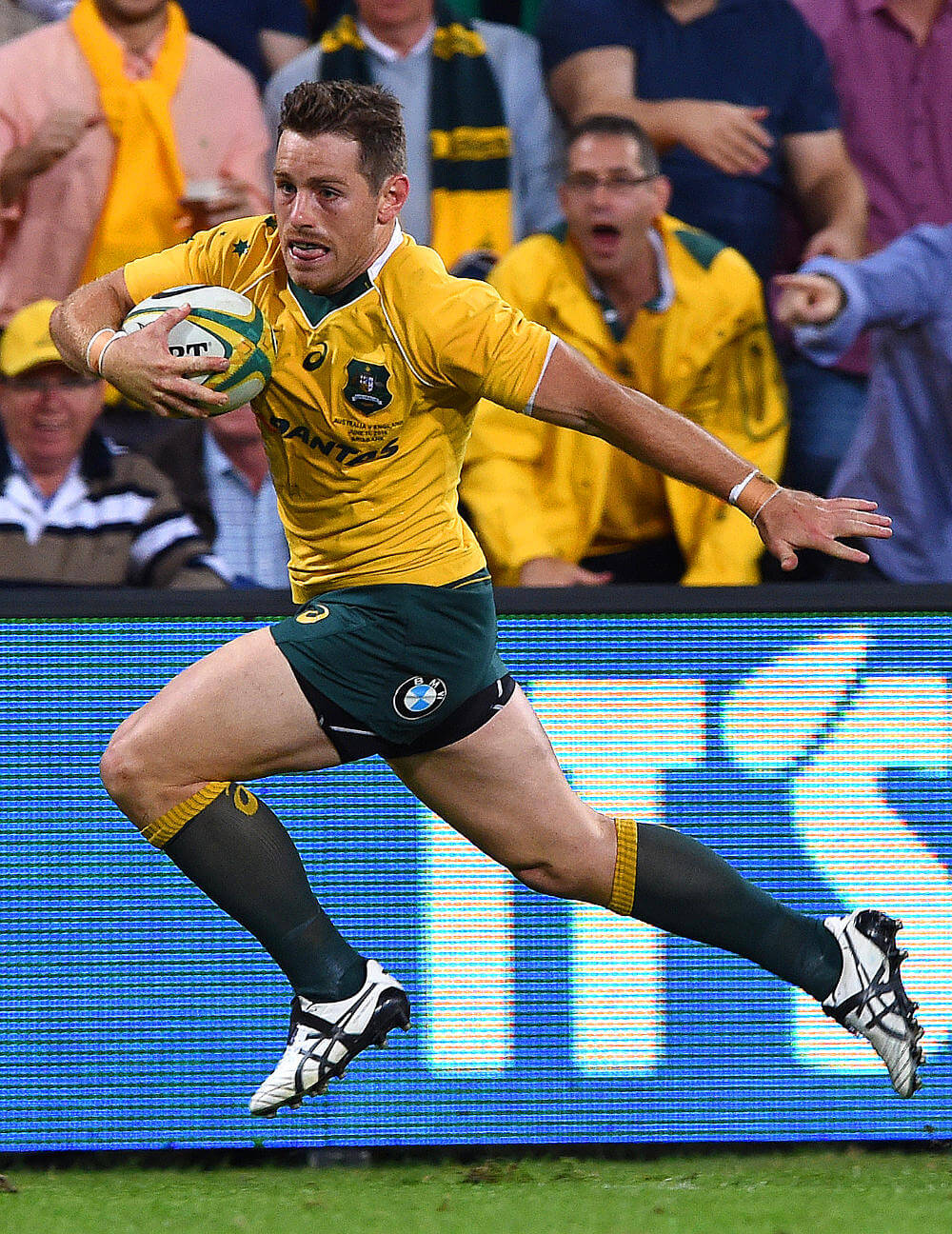 Seeing Cheika’s Waratahs, and the games the Wallabies played in the last Rugby World Cup and in 2016-17, we know Cheika-Ball tries to be abrasive and direct with ball in hand. There are dynamic forward runners getting over the gain line and in behind the defence before quickly recycling for a left or right side attack through or behind a screening forward pod which is directed by twin playmakers to maintain pressure and continuity.

The Wallabies dual opensides roam the field as part of the three pods with Mike Hooper leading the defence of the 10/12 channel and lurking wider in attack.

David Pocock has license to pressure opposition phase ball when the tackle situation permits around the centre pod. To the chagrin of many supporters, in Cheika-Ball kicking duties seem extraneous in nature and distributed between the two playmakers who in the Bernard Foley/Kurt Beale selections do not defend in the front line and drop back to return kicks or link with Israel Folau to launch a counter.

It is a system influenced by rugby league which uses a similar two playmaker system to quickly direct the attack during the tackle sets behind a screen of decoy runners.

Australia and England, with their Aussie coaches, stand out in international rugby with this league-influenced attacking system, rather than the more general trend of selecting large humans to form Test centre pairings and controlling play mainly from the 9/10 halves axis.

Out of the Aussie Super Rugby franchises the Tahs, Force and Brumbies also used the two-playmaker system with varying degrees of success during 2016 and 2017 seasons.

Cheika-Ball seeks attrition through wearing down the opposition forwards via dominating frequent collisions in attack and defence, and when the gain line is eventually won or a salient created in behind, the playmakers look to pour fast troops into the holes.

Nonetheless, some valid questions remain to be answered about the model and Cheika-Ball, and here we have a paradox.

Although the approach is simple and verges on uni-dimensional, the current Two Playmaker system Cheika uses to execute it is complicated in both attack and defence.

It’s a complex system with inherent risk that requires a lot of understanding and on-field communication between the 9/10/12/15 combinations and the rest of the backline.

In particular as they alternate roles and scramble for varied positions in attack and defence, particularly in unstructured play on opposition counter, all while trying to make decisions and select the right options.

Complexity creates its own stress – especially under physical and psychological pressure. 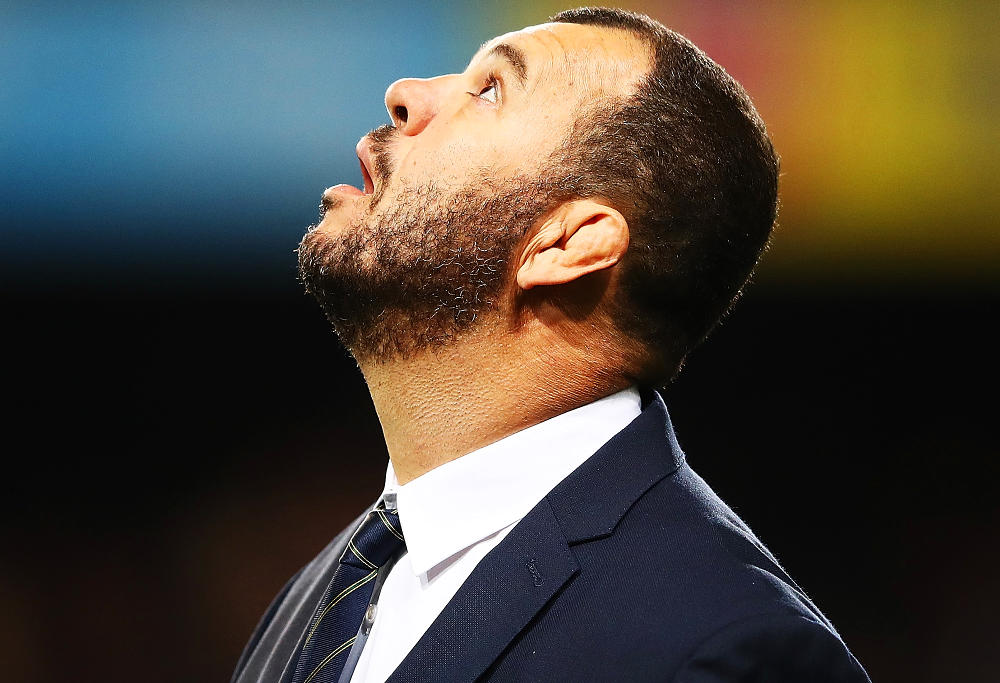 As we have seen with the Wallabies against NH opposition, the two-playmaker system can be very vulnerable to pressure from a quality rush/blitz defence that results in the playmakers being trapped behind a forward pack that is not getting across the gain line or generating enough time and space for them which affects their decision-making and execution.

Therefore, enormous responsibility for successful Cheika-Ball lies with the ball carrying forwards winning the gain line battle by forcing the defence backwards and maintaining the speed of recycling.

This fact is not lost on opposition teams who are well versed in slowing down ball, as are nearly all teams nowadays.

The essential dynamic ball carrying forwards needed for this are not a current strength of the Wallabies, although Dempsey and McMahon have these qualities if not quite the size, and we sacrifice a big ball running No 8 for another openside with the inclusion of Pocock so the system contains its own personnel limitations.

Additionally, the forward pods need to exceptionally accurate at the ruck to maintain possession and achieve the quick recycle/reload needed to generate pressure and continuity.

The two playmakers running the system and the halfback must also execute basic passing skills with technical accuracy and choosing the right options at a sufficiently high tempo to maintain pressure and continuity for 80 minutes.

This requires high fitness levels (hence Cheika’s frustration in June at the conditioning of his players and the Super Rugby franchises fitness regimes) and composure, which impacts on Phipps and Foley in particular.

The Kiwis have also worked out that astute tactical kicking can exploit the seams between structured and unstructured play with Wallabies playmakers and defenders caught in no-mans land during the transition phase.

Having said that and in all fairness, we have also seen some wonderfully creative passages of play from the Tahs and the Wallabies in recent times under the two-playmaker system – when our forwards are getting go-forward by winning the tackle contests, gain line and set-pieces that is.

For me, the jury is still out on whether the twin playmakers, dual opensides and the current version of Cheika-Ball is versatile or complete enough to consistently beat quality opposition at Test level.

It worked at the Tahs behind a dominant pack in 2014 but was quickly countered in 2015 when the Highlanders used a smart kicking game to defeat NSW in their Super Rugby semi-final and denied the Waratahs field position and the go-forward they thrived on.

The ABs used this knowledge to dismantle the WBs in the Rugby World Cup Final that year and again in the 2016 Bledisloe matches, including cleverly defusing the threat of dual opensides after Cheika exposed them to the tactic in Sydney in 2015.

Personally I don’t think the WBs have settled on the dynamic forward pack necessary to play Cheika-Ball at international level (especially with a lack of quality ball runners in the pack and the baffling selection of players like Mumm and Hanigan), nor can afford the luxury at Test level of hiding two backline players from the ten and 12 channels.

In contrast, Eddie Jones probably does have the luxury of a dominant pack and dynamic back five for his two playmaker system – and a ten and 12 who are more than capable defenders and kickers.

Nonetheless, the 2013 Spring Tour 10/12 combination which featured Quade Cooper and the hard-tackling Matt Toomua actually looked like our best dual ‘Yin and Yang’ playmaker option for some time, however both are on the outer and Cooper has struggled to recapture the same form and fitness.

In time maybe a Hodge/Beale or Hodge/Foley combination could be a better balance in the 10/12 channels with no reshuffling in defence required. But a lot depends on Hodge’s development in the squad as a ten (and Duncan Pau’aua for that matter). 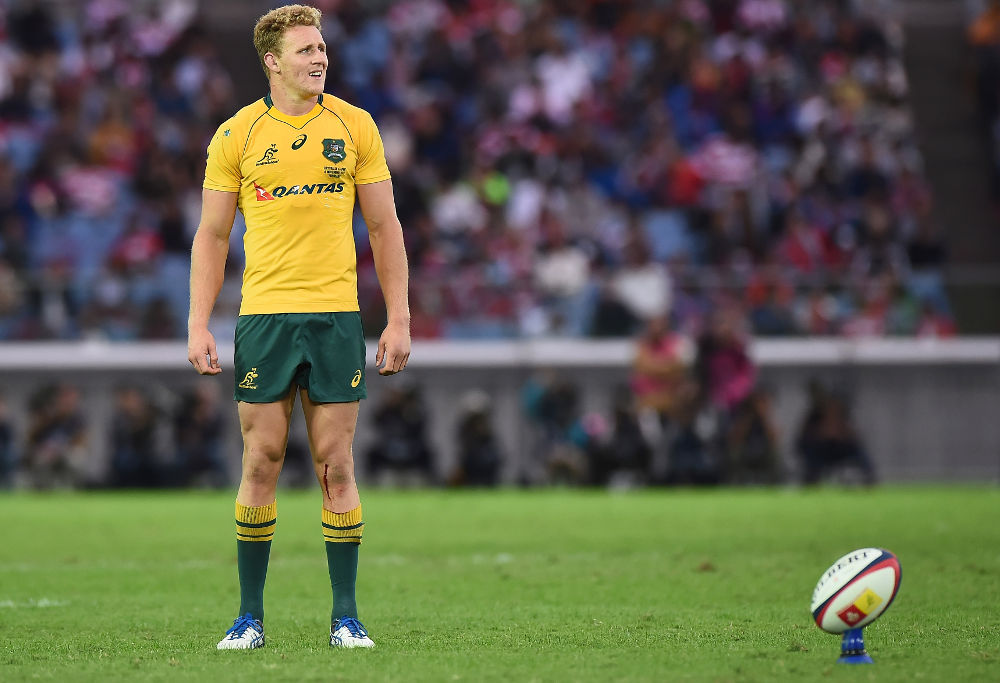 So my conclusion is that any positional reshuffling of Beale and Foley at ten and 12 creates a defensive vulnerability, adds complexity, and places nearly all the pressure for go-forward ball on a handful of not very dynamic forwards and the 13.

The Hodge / Beale or Hodge/Foley combination seem a logical choice to address all these issues in combination with more dynamic forwards like Naisarani, Higgers, Sio, Tupou, Tatafu Polota-Nau, McMahon, Hooper, Dempsey, Holloway, Coleman and Arnold to assist Cheika’s approach to the gain line.

In time, Hodge could actually be a genuine second playmaker in his own right: he kicks goals at distance, is strong and direct, has speed, tackles hard and has a great if slightly slow boot out of hand. His distribution needs improvement (as does Foley’s!) but his skills add another dimension to the Wallaby game plan and shores up and simplifies the mid-field defence.

Maybe ‘Cheika-Ball’ could evolve by installing Hodge at ten or 12 if he’s given the chance over the Beale/Foley combination.

To put it out there I think our most balanced and complete backline for Rugby World Cup 2019 would be.

So what say you Roarers? Is this two playmaker and dual opensides caper sustainable for the Wallabies? Is Cheika finally getting the forwards he needs to execute it?