With the first four rounds of the men’s draw completed over eight drama-packed days, here is a preview of the four quarter final matches.

Rafael Nadal vs Marin Cilic
Rafa has had a relatively simple path to the quarter finals, except for the tough second set that he lost to diminutive but big hitting Argentinian Diego Schwarzman.

Rafa uncharacteristically missed some serves at crucial moments to drop that set – the only one he’s lost this tournament – but was clinical as usual in the third and fourth, pulverising the smaller player to all corners of the court.

Cilic had a walkover in the first round, but has scored impressive wins against Vasek Pospisil, Brisbane runner up Ryan Harrison, and 10th seed Pablo Carreno Busta, the latter in a three and a half hour marathon. Cilic has returned to form in the last 12 months, making the final of Wimbledon in 2017.

Prediction: Cilic will give a good account of himself, but Rafa seems too focused on trying to improve on his solitary Aussie Open title and prevent Federer from inching further in the slam count. The jolt against Schwarzman is usually the type of thing that gets Rafa in top form before the second week. 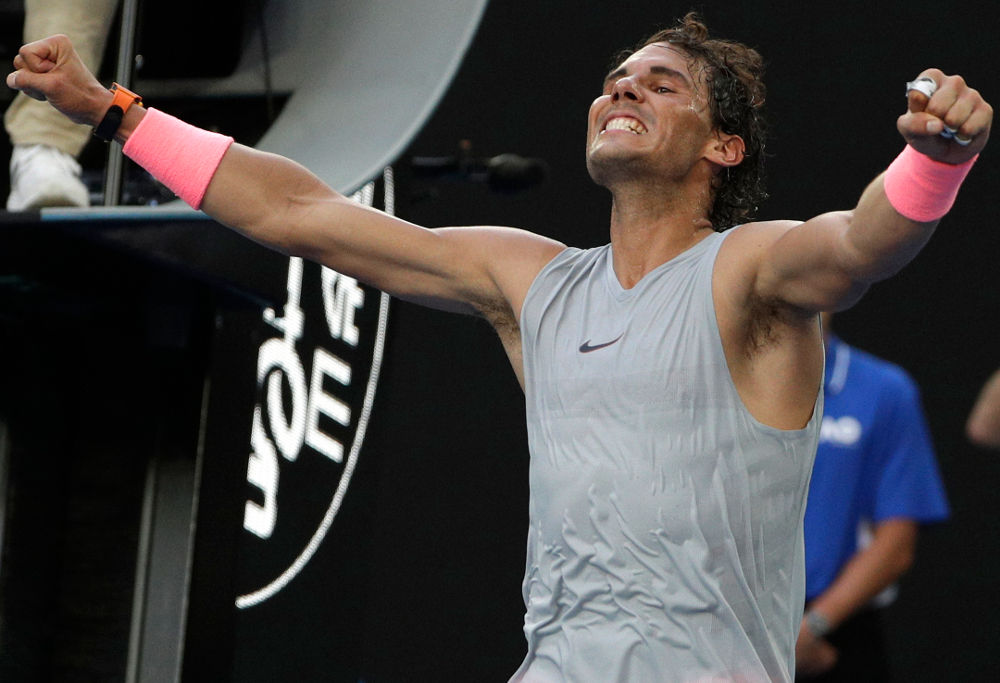 Grigor Dimitrov vs Kyle Edmund
Possibly the most interesting encounter of the round. Two players with contrasting stories- Grigor Dimitrov has been hyped for the last four years as the “next big thing”, and has largely failed to deliver on his talent.

At 26, his time may have arrived. He had a breakout year last year, claiming a Masters title and taking Nadal to five sets in the Australian Open semi final. Grigor has had a rusty first couple of rounds before regaining some touch against Rublev in the third round, and storming into the quarters with a scintillating display against Kyrgios in the match of the tournament.

Dimitrov was at his best in the third round- brilliant serving, his backhand regaining power, classy shot making and moving like one of the best athletes on tour.

Kyle Edmund is more of an unknown quantity. His improvement in the last 12 months has been significant- he made a splash at Brisbane, belting the ball in a three set match cruelled by a late ankle injury.

He knocked out 11th seed Kevin Anderson in the first round here, and has since had impressive wins over 2017 giant killer Denis Istomin and Andreas Seppi. The 23-year-old will be relishing a chance to swing freely with almost nothing to lose.

Prediction: Edmund possesses a power game and will give Dimitrov some worries, but Grigor’s experience will tell him to block back those barrages and wait for the unforced error. He did that well against Kyrgios, and will have an easier time on Tuesday. Dimitrov in 4.

Roger Federer vs Tomas Berdych
This has been a long rivalry, relatively one sided in Federer’s favour. With Tomas’ firepower, however, there’s nobody he can’t beat. He has beaten every member of the big four in a grand slam, including a straight sets demolition of Nadal in 2015.

If Federer is a few per cent below his best, Berdych will know how to capitalise. He dispatched Aussie 18-year-old Aussie Alex De Minaur in round one, and has since made light work of tough opponents Juan Martin Del Potro and Fabio Fognini, winning both matches in straight sets.

Federer, being seeded second, has had a relatively carefree draw, needing a tiebreak in two sets against unseeded players, while easily defeating the only seed he’s faced so far in Richard Gasquet. He’s conserved energy and still looks the favourite to win the title. At 36, however, a below par performance can’t be unexpected. He easily handled Berdych 6-2 6-4 6-4 in Round 3 last year in Australia, on his way to the title.

Prediction: Berdych will pose a few more problems than last year, but Federer’s ability to turn defence into attack will prove too strong. He has often seemed to have too much class for the more one dimensional Berdych. He shouldn’t have too many issues here. Federer in three. 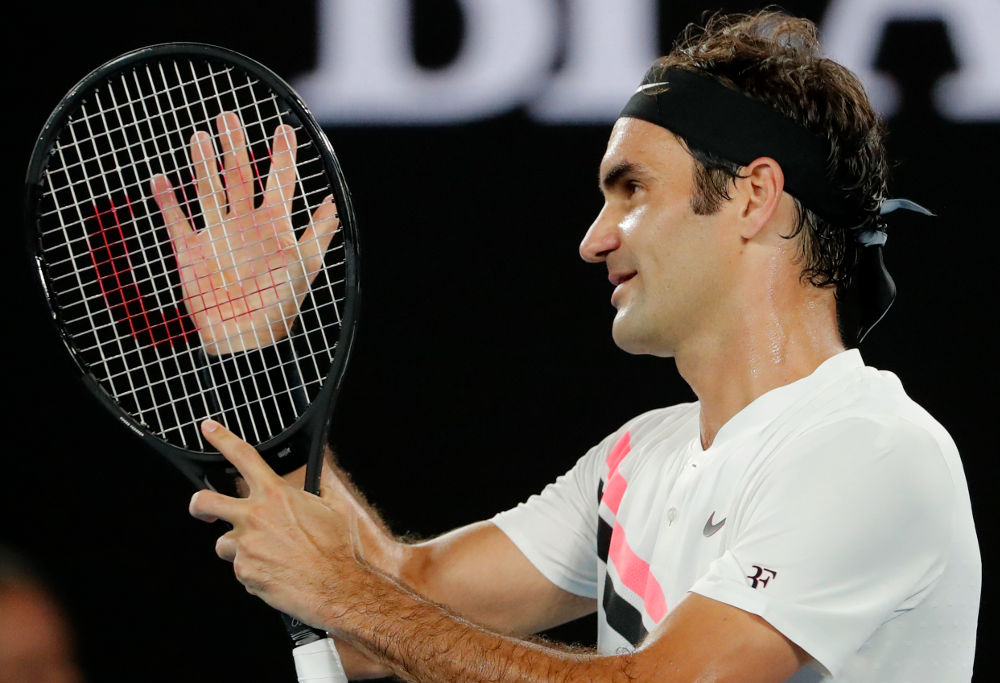 Tennys Sandgren vs Hyeon Chung
The surprise quarter final of the lot, with both players knocking out established seeds in the previous round. Hyeon Chung has been said to be a Djokovic clone. An extremely strong lower body, Chung’s improvement in the last 12 months has been rapid.

He has covered the court dynamically, and has had big wins over Alexander Zverev and 12 time major winner Djokovic. He looks like one of the few ‘real deal’ players from the ‘Next Generation’.

26-year-old Sandgren has crept under the radar, but plays a hard hitting all court game. He’s lightning quick, can turn defence into offense, and is classy at the net. His biggest win, apart from Thiem, was against past champion Stan Wawrinka in straight sets.

Prediction: Both players are playing career best tennis, so this makes for an unpredictable match. Their best wins are impressive, but Chung’s have been the more interesting, obliterating world number four Zverev 6-0 in the final set.

His Djokovic like movement and consistency may prove too much on this bouncy surface. Having said that, both are inexperienced at this level, so expect some nerves in closing it out. Chung in 4.