Why women's football must take the next step in 2018

2018 is a crucial year for football in Australia, particularly in the women’s game.

Our Matildas will ramp up preparations for the 2019 FIFA Women’s World Cup in France where they’ll be one of the favourites. It’s also a year when some serious decisions need to be made about the game’s direction in Australia.

Currently, more than 1.3 million Australians play soccer, of which over 500,000 are formally registered in competitions. Over 100,000 of those are female. However, the popularity of football at community level is merely a convenient peg for the FFA to hang their hat on despite a worryingly casual approach.

It’s about time we actually did something to convert female participation into bigger numbers at W-League level. Whilst the Matildas’ success in France would do wonders for our domestic competition, there needs to be significantly more done to capture the imagination of the viewing public.

Expansion of the league from nine to ten or 12 teams, connecting clubs with their local communities, more marquee players being brought in and more exposure in the mainstream media are the four basic pillars of success the W-League needs to build on.

Average W-League attendance in 2017/18 has been a decent 2,056 people over the first 11 rounds. The best-supported women’s league in the world is the National Women’s Soccer League (NWSL) in the USA, which had average crowds of 5,053 in 2017.

For comparison, the men’s MLS had average crowds of 22,106 in 2017. The A-League average of 11,171 is roughly five times higher than the women. While it’s not necessarily fair to compare genders or indeed different countries, it gives an idea of the disparity that still exists for women’s football across the world. 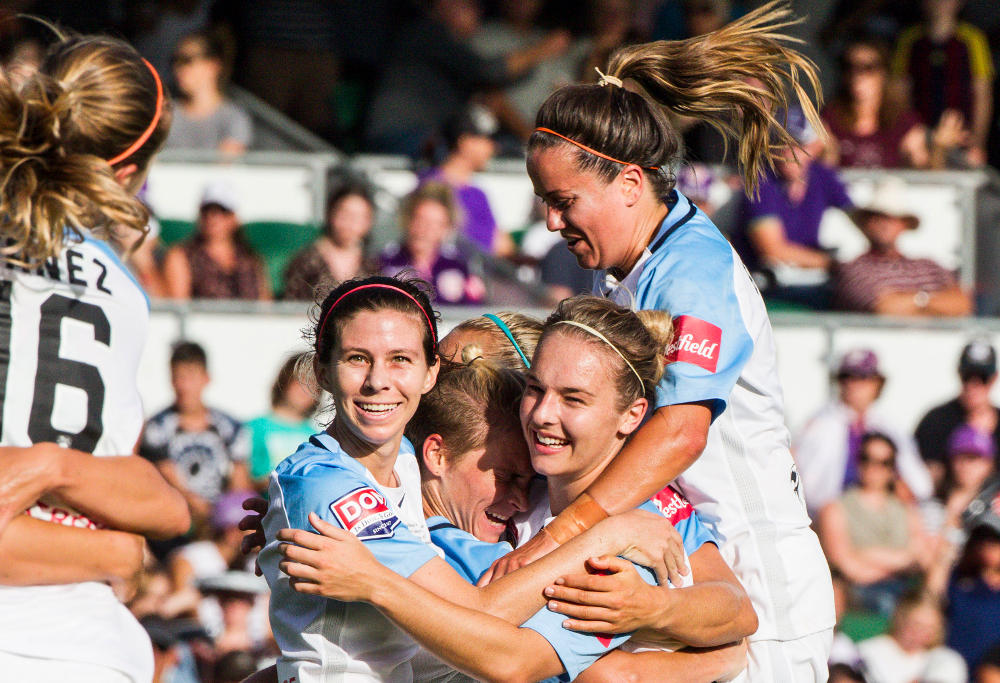 The bottom line is the FFA doesn’t have the money to invest in the league or simply refuse to put the money in. In 2016, the FFA lost a whopping $32.9 million. Whilst things got better in 2017, they still had a loss of $1.8 million. These numbers are hardly going to inspire the FFA to invest further in the W-League which needs considerable time and patience to reach its potential.

So what’s the answer? Quite simply, private investors. Now, no rich person got that way by throwing money away, nor is the league a charity. Therefore, investors need some incentive to offset the financial risk.

The FFA’s issues with A-League owners around governance stems from owners wanting more of a say in how the league is run. After all, they’re the ones forking out the big bucks. Similarly, any prospective W-League investors would have similar demands, and fair enough too.

Initially, investors are going to lose money and therefore support in finding a viable pathway to profit. This, in turn, will filter down to the players – the stars of the show – allowing them to dedicate more of their time to training and development which will deliver a much better product.

The problem is that, like any governing body, the FFA are control freaks. They usually have their own commercial interests to prioritise. But, with intelligent co-operation with investors, surely they can make the league work. The W-League is never going to be the English Premier League but, with intelligent business men and women steering the ship, surely they can come up with a niche product that will generate money for all concerned.

Back to the four pillars mentioned above. Expansion is a must for the W-League. Everything else will follow. Many will argue there isn’t sufficient talent but the reality is there’s plenty of potential. For example, Melbourne City signed 2017 FFV WNPL goalkeeper of the year Emily Kenshole from Geelong Galaxy United on a four-week contract. The young custodian played just one game before her contract ran out. Having such a talent sit out a W-League season is a great shame.

South Melbourne’s WNPL championship-winning skipper Alex Cheal is another who missed out on a contract this year. There are plenty of other young players on the cusp of the W-League who just miss out. By expanding the league you also allow more marquee players from overseas to feature without compromising opportunities for Australian players.

Imagine having Alex Morgan, Melanie Behringer, Marta Vieira da Silva, Carli Lloyd, Leike Martens or Deyna Castellanos plying their trade down under. Not only would they improve the quality of the league but they’d also enhance the product, boost marketing potential and attract more fans. 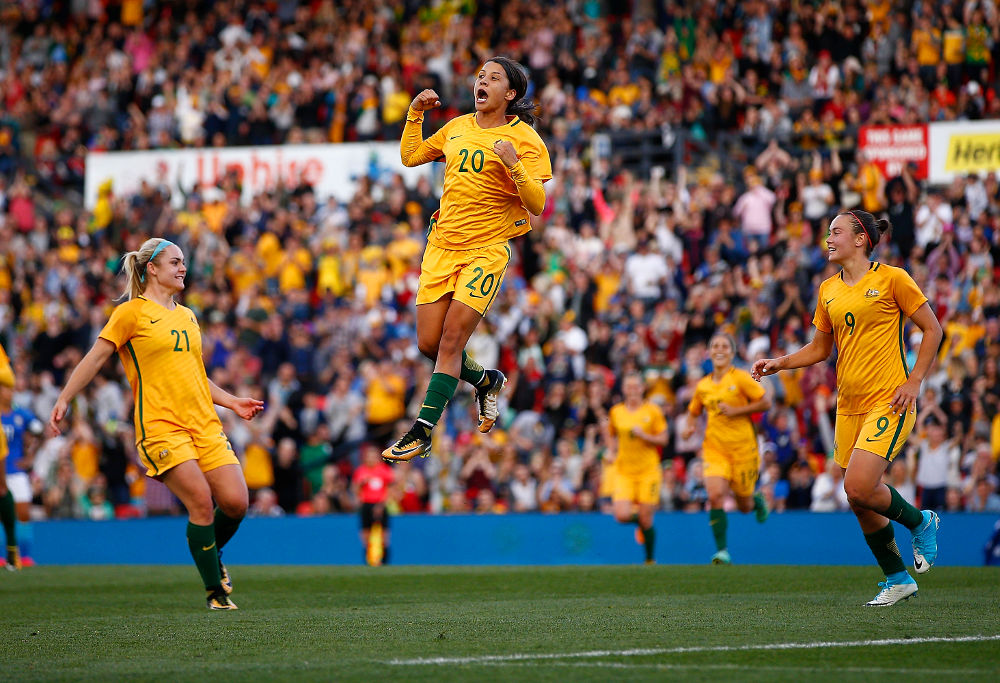 The disappointing thing this season is the likes of Sam Kerr, Tameka Butt, Kyah Simon, Caitlin Foord, Alanna Kennedy, Jess Fishlock and Ellie Carpenter haven’t been used enough to promote games. Kerr is a genuine superstar and becoming a household name. It’s staggering the FFA haven’t marketed her more in mainstream media. At a Wanderers game at Marconi Stadium last year, hundreds of kids (both boys and girls), not to mention adults, lined up after the game for a photo with Kerr even though she played for the opposition.

When considering expansion there’s no doubt derby football is the biggest drawcard. The Melbourne derby last week was a cracker with a great atmosphere at Epping Stadium. Likewise, Sydney derbies have always proved intense encounters with solid crowds.

Southern Expansion have already indicated they’re ready to launch a W-League team in NSW. This would mean six Sydney derbies each year. Meanwhile, Central Coast are striving to return to the league and an F3 derby would do wonders for the game in that region. A Gold Coast team might assist Brisbane Roar, while a second Adelaide team would help attract interest for Adelaide United.

Other options include another Perth team to challenge Glory or a third Victorian team (Geelong) to add derbies against City and Victory. Having more teams in a major city also helps players who can’t afford to travel interstate week-to-week. Many female players juggle other jobs or studies and too much disruption can be detrimental. More hometown options mean more chance of playing in the league and taking up opportunities they richly deserve

Once we bring these extra teams in we’ll have 15 teams. We could easily have 15 rounds where everyone plays each other at least once and then their local rival twice. At the moment there are 14 W-League rounds so another one won’t hurt. TV networks, radio and other media would love to cover more derbies too. A W-League show like Just for Kicks would also help bring attention to the competition and could be used to promote big derbies.

The cost of running a W-League club is estimated around $400,000 per season ($50,000 of which is provided by FFA) with the salary cap set at a meagre $300,000. While this is a lot of money to invest for minimal return, by expanding the league to include more than one team in each major city, you’re potentially generating at least two marquee matches a year for each club, which may bring a decent amount of money in provided it’s marketed well.

By having marquee contests and getting mainstream media involved, we can pipe up the interest of fans too. This is where community engagement is vital. A-League clubs are good at promoting games by getting mascots to walk out with the players and having MiniRoos playing at half-time. This happens in the W-League too, but mainly for televised games. Melbourne City do it for games that aren’t televised and Wanderers have tried it as well.

Player visits to schools, shopping centres and most importantly to local clubs (tougher for the ladies who hold full-time jobs) would go a long way to connecting with local fans and showing young girls out there they can dream higher.

As we kick off what’s sure to be a huge year for the world game in 2018, let’s make sure women aren’t neglected and more is done to promote them. After all, the Matildas are every chance of being our first national football team to win a World Cup.

By building the platform this year we can soon dance on it if the Matildas bring home the trophy. I for one can’t wait two more years for the 2019/20 W-League season – we could very well have a league of world champions. But much needs to be done before then. Over to you, FFA.